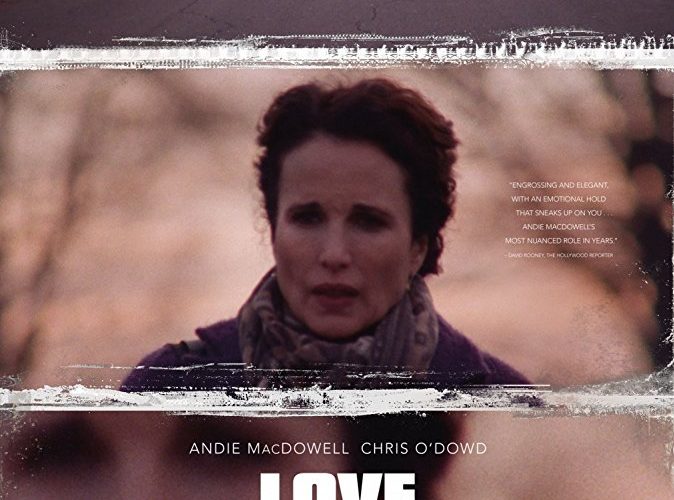 Review: ‘Love After Love’ Explores the Tension of Grieving

“It’s shitty how easy it is to get over someone dying,” says Chris (James Adomian) as a part of a standup routine that gets personal when he starts talking about his dad, who passes away near the start of Love After Love. The death is the centripetal event around which the film’s other dramas revolve; chief among those characters who are pulled into orbit are Chris’s brother Nick (Chris O’Dowd) and their mother Suzanne (Andie MacDowell). Judging by the visible pain that Chris experiences while trying to navigate the dad-centered part of his routine, not to mention the emotional strain that infuses almost every moment in the film leading up to this one, the movie clearly acknowledges that getting over the death of a loved one is anything but easy. At the same time, director Russell Harbaugh (writer for The Mend) is also well aware of how the process is in some senses all too easy. In the blink of an eye, the person you love is no longer there, and instead of the entire world collapsing around his departure in the semblance of what you are feeling, most things remain agonizingly unchanged, seeming to invite an instantaneous return to normalcy. This mundaneness of death is reflected in the way the film presents the father’s passing. The guy is alive in one instant and, one scene later, his body is lifeless. No solemn music or spectacular displays of grief accompany his exodus. He is simply gone.

This adverb “simply” characterizes much of Love After Love’s approach to its story, which, in addition to tracking the bereft family’s efforts to mourn and move on, foregrounds the drama of Suzanne and Nick striving to rebuild their respective love lives (Chris receives a brief and frankly unnecessary storyline about feeling like he’s in his brother’s shadow, but he’s more of a peripheral character). Suzanne, having just lost her husband, tentatively reenters the dating pool but feels understandably guilty about committing romantically to another person. Nick is married at the start of the film but, as a result of both some unspecified dissatisfaction and the compounding stressor of his father’s death, ends up leaving his first wife for the much younger woman with whom he had been having an affair, and, in the process, earns the tacit judgment of his family.

The emphasis here is on “tacit.” The film, despite layering on enough melodramatic intrigue to give soap operas a run for their money, minimizes shouting matches, lugubrious weeping or any other hyper-visible expression of emotion in favor of pregnant silences, cold gestures, and passive aggressiveness. Nick’s actual divorce is not depicted: he is married in one moment, estranged from his wife in the next, and, a few scenes later, engaged again. The resulting film is filled with ellipses where peak-intensity drama might have been, creating an impression less of seismic impact than lingering fallout. Rightly, the movie intuits that tragedy is not localizable to a single event but is rather a process of slow-motion unraveling, spanning weeks, months, and years as those affected try to tape the pieces of their shattered lives back together. The film presents myriad scenes of characters doing things—chatting, attending ball games, drinking, having sex, lashing out—without having these actions pointing toward any clear goal or future. They register less as capital-P Plot Points than the aimless gestures of a broken family attempting to relearn why and how to live.

Central to the film’s vision of love and loss is a certain realism marked by unshowy performances, un-stagy mise-en-scène, and eye-level, frequently handheld camerawork. Often, this sort of commitment to an aesthetic of modesty/immediacy comes at the expense of formal innovation, but Harbaugh dodges this tendency with some striking visual moments. The one that comes most immediately to mind is a shot early in the film in which the camera is perched in the lobby of the family’s house in such a way that two adjacent rooms are visible within the frame. In one room, the father is seen lying in bed and in the other, Chris paces around before sitting down. As the father’s hacking coughs echo loudly through the house and Chris, too far away for his facial expressions to be legible, stays seated without moving, it is clear what is on the son’s mind. By having the shot contain both rooms, Harbaugh creates an effect of juxtapositional montage within a single frame. At the same time, by keeping the camera some distance away from the human subjects—such that they are tiny in the frame—and letting the shot run long, the director foregrounds both the characters’ sense of helplessness and the way sickness and death can poison the lived space around it, estranging people from even the place they used to call home.

In this shot, we see an embodiment of the film overall. We see the way death is often not a lightning bolt from the sky but a gradual decay, casting over loved ones a miasma that will never disappear. We see how the people involved feel so small in the eyes of the rest of the world, their inner agony crashing against the seeming indifference of those on the outside. It all looks so easy, and yet none of it is. Love After Love is about the tension between the ordinariness—the outward “ease”—of grieving and the gaping, emotional vacuum that is the individual’s experience of grief (and of loss in general), which requires a Herculean effort to push through. In joy as well as in pain, life is both momentous and mundane. Love After Love gets this, and as a result, it feels like truth.

Love After Love is now in limited release.