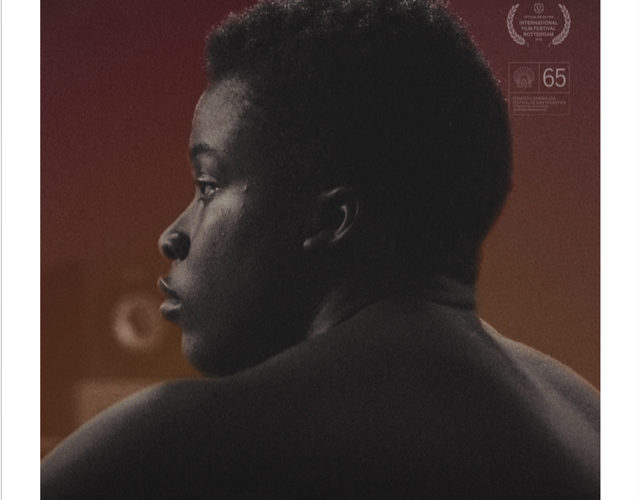 Many filmmakers find the need to politicize truths without realizing or believing their existence has already politicized them. There’s power in this sort of manipulation because the product created is working towards opening eyes or (in most cases) reinforcing what those eyes accepted long ago. That power can also be warped to the other side, however, as detractors will claim the politicization is proof there’s nothing to “really” worry about. They’ll say the artist drew his/her narrative with partisan intent and work towards disputing its message to their own followers on those terms — politicizing the politicization until we find ourselves with an insurmountable chasm between echo chambers populated by folks who’ve forgotten how to debate or argue beyond screaming their opinions without any evidence to back them up.

This is America today: a place inundated with so much information that we’ve decided to replace personal research with what’s force-fed to us by opposing sides digging into the ground for war rather than understanding. That’s why a film like Antonio Méndez Esparza’s Life and Nothing More is so important and in its own way more powerful than any manipulation could prove. He and his team did the research by interviewing black communities, law enforcement, and many other players with front row seats to racial injustice as an implicit byproduct of our current society rather than a buzzword weaponized by members of the press with no skin in the game. Esparza wrote an outline, assembled a cast of non-actors, and allowed them to help build this story together. It’s not about drugs (recreational use is alluded to but never a plot point). It’s not about police brutality (the one instance of procedural conduct happens by the book with a white and black cop calmly diffusing a situation born from a black teen acting violent in an affluent white neighborhood). Esparza avoids sensationalism to ensure audiences see the real cause and effect driving a struggling, single parent black family off the rails. How does an incarcerated father affect his son (Andrew Bleechington)? How does working full-time to support Andrew and a three-year-old daughter (Ry’nesia Chambers) affect their mother (Regina Williams)? Eventually tempers flare with latent nature versus nurture issues introducing a sense of futility that exacerbates a tenuous scenario into an explosive point of no return.

Esparza puts us into Andrew and Gina’s lives with an almost documentarian approach. Things are a bit clunky at the start with long scenes of characters giving “better days are around the corner” monologues (Andrew lectured to by a man who has been in his position as a juvenile with criminal strikes against him and Gina delivering positive words of encouragement to a co-worker in need), but those rough edges are smoothed out pretty quickly. A big catalyst for this change is a stranger (Robert Williams) walking into the diner where she works. He’s thrust into the role Andrew’s imprisoned father vacated, saying the right things despite not proving ready to embrace the responsibilities Gina lays bare. His presence forces them to acknowledge their wants and their pain. The pressure that was already mounting between mother and son comes to a head just when things had appeared to turn a corner. After years of avoidance, Andrew finally reads a letter from his father to discover the man wants to be a part of his life despite his circumstances. After years of justified anger towards the opposite sex, Gina lets Robert in to try her hand at love again. We watch as these shifts change their emotional and psychological landscapes while also impacting their shared relationship. Andrew begins to seek understanding in school, finding the difficulty of traversing that world with troublesome friends insurmountable. Gina begins to open herself and her family up to this man who gradually appears to be more and more like she assumed.

Things progress naturally from there. Soon Gina must find a second job and deal with revelations she never planned to deal with again. Andrew acquires a butterfly knife while his good intentions gradually devolve at the same time as those strong yet impermanent positive influences start to disappear. Robert becomes aggressive. Ry’nesia becomes collateral damage as new topics of import cause her to be left at daycare without a ride home. Tension mounts and words are spoken in the heat of the moment, the latter’s release no match for the weighty impact they inflict upon their target. There’s no alternative to fearing the worst as everything promising turns darker than ever, the potential for headline-stealing tragedy at its highest if Esparza wanted to go that route. He instead takes a less flashy but just as resonant path forward. Esparza lets the system take over so that we can see these characters’ anger become desperation as options are whittled down to zero. This is the distressing reality so many Americans in Gina and Andrew’s position face. This is the crippling sense of destiny our nation’s lopsided prison statistics birth when economics and politics refuse to provide alternatives and in fact monetize minorities to be worth more to them in private correctional institutions than as free, gainfully employed citizens. Life and Nothing More progresses like its title describes yet those willing to look beyond the unconscionable acts Andrew and Gina perform as both victim and perpetrator to varying degrees will recognize there’s actually so much more.

Their mistakes are evidence of the tumultuousness love provides situations wherein it simply cannot be enough. How much could have been avoided if they made different decisions? No one knows since we can’t reverse time to find an answer. That’s why Hollywood manipulation has the tendency to fail as well as succeed. If it’s not done right, audiences will see through its machinations to discover reverse engineering at work — filmmakers weighing the pros and cons of every step to tug at heartstrings and incite a response. By letting the cast improvise their reactions through the lens of their experiences, Esparza finds truth instead. By highlighting Bleechington and Williams’ performances, he exposes how injustice is the new “normal” and how the consequences of one’s misfortunate reverberate well beyond him/herself.

Life and Nothing More opens at New York’s Film Forum October 24th and in Los Angeles and San Francisco October 26th with a limited nationwide rollout to follow.