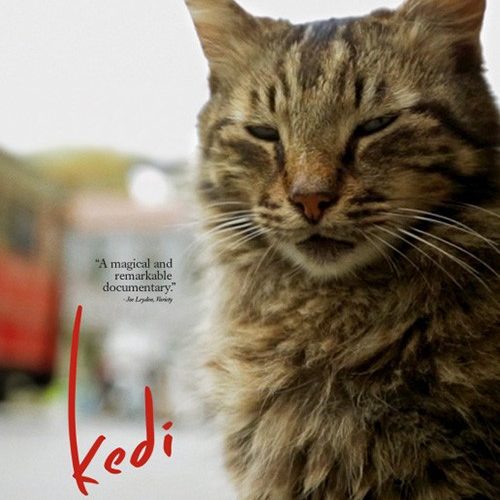 Review: ‘Kedi’ is the Year’s Most Unabashedly Adorable Film

I’m not going to mince words: Kedi will go down as the most unabashedly adorable film of the year. While there are self-proclaimed “dog people” out there, it is difficult to deny the power of a gorgeously composed, blissful image of a cat loving life. Nor can it be understated how infectious their playful and sleuthy energy is. This is the sweet spot in which Kedi resides. However, it has more on its mind than a cute YouTube compilation. Instead, the film is focused on the fascinating existence of our feline friends, and how they interact with — and occasionally guide — us humans.

The feature documentary debut of Ceyda Torun, Kedi weaves its way through the cobblestone avenues of Istanbul, following the local street cats on their daily existence of lounging, slinking, and yes, being incredibly cool. Owned by no one, but vital companions to countless people, these cats are seen by many to embody the essence of the city. They are part of everyday life and intricately linked to people’s routines, yet still walking their own unique path.

In writing this love letter to Istanbul through the eyes of cats, Torun does a wonderful job of introducing us to a number of these paw-walkers. Each has a distinct personality and agenda — including the psycho, the gentleman, and the hustler — that we learn through a series of vignettes and stories. Elegantly structured and strikingly composed — including simply delightful over-the-haunch tracking shots — these segments explore what it means to be a cat in a human’s world, while granting a small view into what it means to be a human, too. Through a good balance of meditative imagery and narrative stylings, Kedi is a joyous little slice of cinema that instills a life-affirming sensation in the viewer.

Each of Kedi’s segments is fluidly transitioned into by way of a delicate and exquisite montage that lulls one into a state of trance-like happiness. The atmosphere and the landscape are all set. Then, once inside these segments, the cats — and the people they reside around — take center stage. From a well-mannered grey cat whose home is outside a restaurant scratching for food, to a local wild card roaming the streets for trouble, what becomes most extraordinary about Kedi is the way in which it brings us down to a cat’s level.

We are forced to focus on them not just as our cute pets (or worse, simple ornaments in our home), but as our enigmatic companions. And as the film follows them around, it becomes clear how beautiful and harmonious our relationship with them is. Though the cat reciprocates in its own way — maybe not the way people would request reciprocation from a human relationship — they, as one man puts it, “make you fall in love again.” It’s like having contact with an alien, as one woman puts it — you are so different, and yet you can communicate in some way. They are enough like us that we can relate, but, at the same time, their mysterious nature forces us to bring out a different side of ourselves.

One of the most splendid sequences involves a cat-versus-mouse chase that is impressively edited and cartoonishly fun, playing out almost like a sequence from Tom and Jerry. Bold camera placement and structured action take us deep into the world of a cat’s hunt. While it is gone in a flash, it is a glimpse into the ambitious vision of Torun, who does not settle for a simplistic approach to these mysterious beings. Another segment utilizes the Kuleshov effect to hilarious results, showing fish guts, then a cat’s penetrating stare to illustrate their gnawing hunger. Torun even mimics the phantom ride style of shooting, which creates a sort of cat-vision as the camera glides past legs and between market stands at feline speed.

While these segments are all pleasantly structured and technically proficient, allowing their audience to quickly grasp the language, it does become a tad repetitive. A deeper dive into certain areas may have been a welcome divergence from this formula, giving the viewer a breath before jumping to the next thing. However, there is an emotional dip in its middle — which addresses the passing of cats in a very peaceful way —  that juxtaposes all the joy. This helps strengthen this structural pattern and avoid a sugar-coating of life. On top of this, a brisk 87-minute runtime makes it hard to shoo away or shake a fist at Kedi. By the time a sweet and charming final montage says farewell to all the cats (and people) we’ve met, Kedi may just leave you in tears through simple joy. A meditation on co-existence, Kedi helps one appreciate life in a different way, and on a smaller scale.