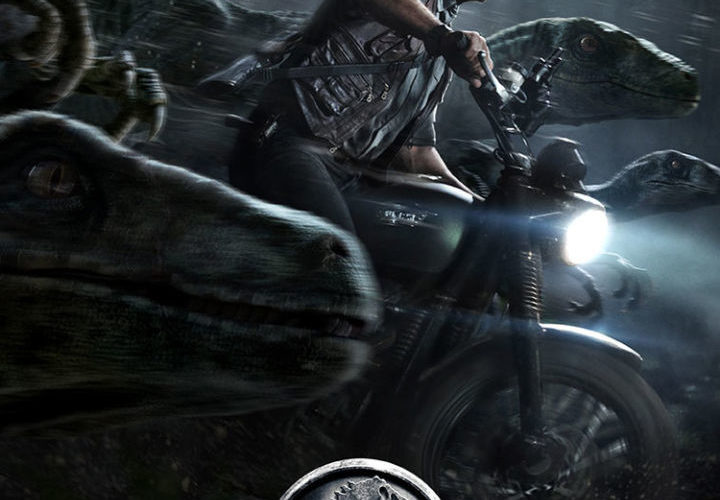 As all good sequels must learn, the key to success is delivering on the promise set forth by the original while also providing something fresh and improved. Just ask James Cameron, a master at the task, who injected action-packed life into both Aliens and Terminator 2: Judgment Day without negating or watering down the mythology still relevant beneath those newfound popcorn blockbuster sensibilities. Neither The Lost World nor Jurassic Park III did it. They decided to both reinvent the wheel and forget what the appeal of Jurassic Park was. Hint: its humanistic characters with relatable, authentic wonder in their eyes at seeing a living, breathing dinosaur. Take away the theme park attraction setting and you strip away the childlike glee necessary for an audience member to step inside its science fiction and experience its adventure.

Ladies and gentlemen, welcome back to Isla Nublar.

The desire to continue the series started and stopped so many times that it’s a miracle anyone believed it would be financially sound to roll cameras. Steven Spielberg had an idea in 2001 he liked so much that he wished it were Part 3 and it wasn’t what Joe Johnston brought to screens, despite still wanting him to continue directing the franchise—a ringing endorsement for a dud if I’ve ever heard one. Screenwriters signed on to write, ideas for human/dino hybrids were rumored, and a Costa Rican invasion became a foregone conclusion to ratchet up the stakes and make the fatal mistake of going so big that the noise morphed into a monotonous drone. Finally, Rick Jaffa and Amanda Silver came aboard, next director Colin Trevorrow and colleague Derek Connolly to rework for scale, and voila: Jurassic World.

I remember thinking how crazy the original would have been if the titular park were open to the public way back in 1993 upon its release. Just imagine chaos so sprawling a feat that not even the Oscar-winning wizards who worked special effects magic could fathom achieving it. Despite the adrenaline rush such thoughts provided, though, the simplified story of a handful of professionals and kids caught in humanity’s latest hubristic quest to be God proved a perfect small-scale complement to the larger-than-life creations readying to destroy them all. Even though we’re now twenty-plus years removed, doing the same with a reboot would never be able to equal the simultaneous feelings of awe and finger-biting trepidation the first conjured. The moment arrived to show the true nightmarish potential of an amusement park with wild monsters roaming free.

Trevorrow and company’s best maneuver in escalating this danger in the reopened park’s inevitable fall was making it work. Yes, Jurassic World has been open for a substantial period long enough for extras to yell inside the monorail that they’re returning customers and for corporate employees to run analysis numbers able to explain whether attendance had grown or gone stagnant. How else could you get so many people to attend despite the memory of what happened? John Hammond’s dream had come to fruition and the man carrying the torch—Irrfan Khan‘s Masrani—possessed the same optimistic ideals and similarly guilt-ravaged conscience upon discovering the error of his way. Mankind always finds a way so to say we could never corral dinosaurs is disingenuous. Once we do, however, our ambition will forever find new ways to burn to ash.

This means that Jurassic World is a very similar beast to Jurassic Park from story beats to political commentary on greed, corruption, and capitalistic gain. A post-9/11 world obviously infuses some militaristic strong-arming as well, so don’t be surprised when InGen company man Hoskins (Vincent D’Onofrio) finds a bit of a smile crossing his lips as the body count mounts. Scientific discovery births the question, “How can we weaponize this?” as soon as the initial thought sparks within its inventor’s imagination. Thankfully the filmmakers don’t waste our time shoving this notion down our throats like mainstream media already does daily. No, they add it to the mix to supply a villain, nameless fodder for the genetically mysterious Indominus Rex to rip apart, and crescendo the suspense to the point of applause at the culmination of every action sequence.

The uproarious reaction from my theater predicts a mammoth opening weekend and I’ll admit to joining their enthusiastic lead. You don’t have to look further than the miscast Chris Pratt as former Navy serviceman Owen trying way too hard to deliver badly written lines of expositional dialogue straight at the camera to know it’s not perfect, but it’s a helluva ride nonetheless. The dinosaurs look great and the environments and framing create some unforgettable scenes like a camouflaged Indominus Rex appearing out of nowhere and red sight-beams of guns crisscrossing the darkened night sky. Even a climactic, wholly-CGI battle between extinct predators gets the blood boiling with physical damage wrought to the set and themselves in equal measure. The filmmakers portray just how cruelly powerful these animals are and wonderfully push their PG-13 rating to its limits throughout.

Bryce Dallas Howard unfortunately over-acts at times as the park’s second in command behind Masrani (her fearful helicopter ride goes to eleven), but she settles in nicely when the stakes push her to the edge of her obsessive need for control. Place she and Pratt together and you get a generic forced romance with some kick-ass heroism on the side. His Owen is almost as unlikeable as D’Onofrio’s Hoskins, but without the villainous overtones and her Claire attempts to mirror Dr. Grant’s thaw from Jurassic Park due to her not wanting to care for nephews Gray (Ty Simpkins) and Zach (Nick Robinson) evolving into protecting them at all costs. The clichéd female executive working too much to possess maternal instincts trope ultimately rings false as her metaphoric coldness in calling dinosaurs “assets” proves extremely on the nose.

Thankfully their flat character development doesn’t spill over elsewhere because the periphery players are a ton of fun. Simpkins and Robinson languish in their own stereotype (siblings coping with an impending parental divorce), but the emotional breakdown of their angst-fueled walls between each other is an effective result of being attacked. Khan’s Masrani is endearing, BD Wong reprises his role as Dr. Henry Wu with delicious duplicity, and Jake Johnson‘s control room tech delivers enjoyable comic relief with help from Lauren Lapkus. They add a nice strain of humor to disarm us as the violence grows and the story tries to mask its clicker-trained raptor silliness with “Hoorah!” relish. The film may not match the brilliance of the original, but it definitely rekindles some of those feelings as an entertaining bright spot this summer season.