The Forever Purge Review: The Horror Franchise’s Final Chapter Finds Provocation and Wit in Our Dystopia 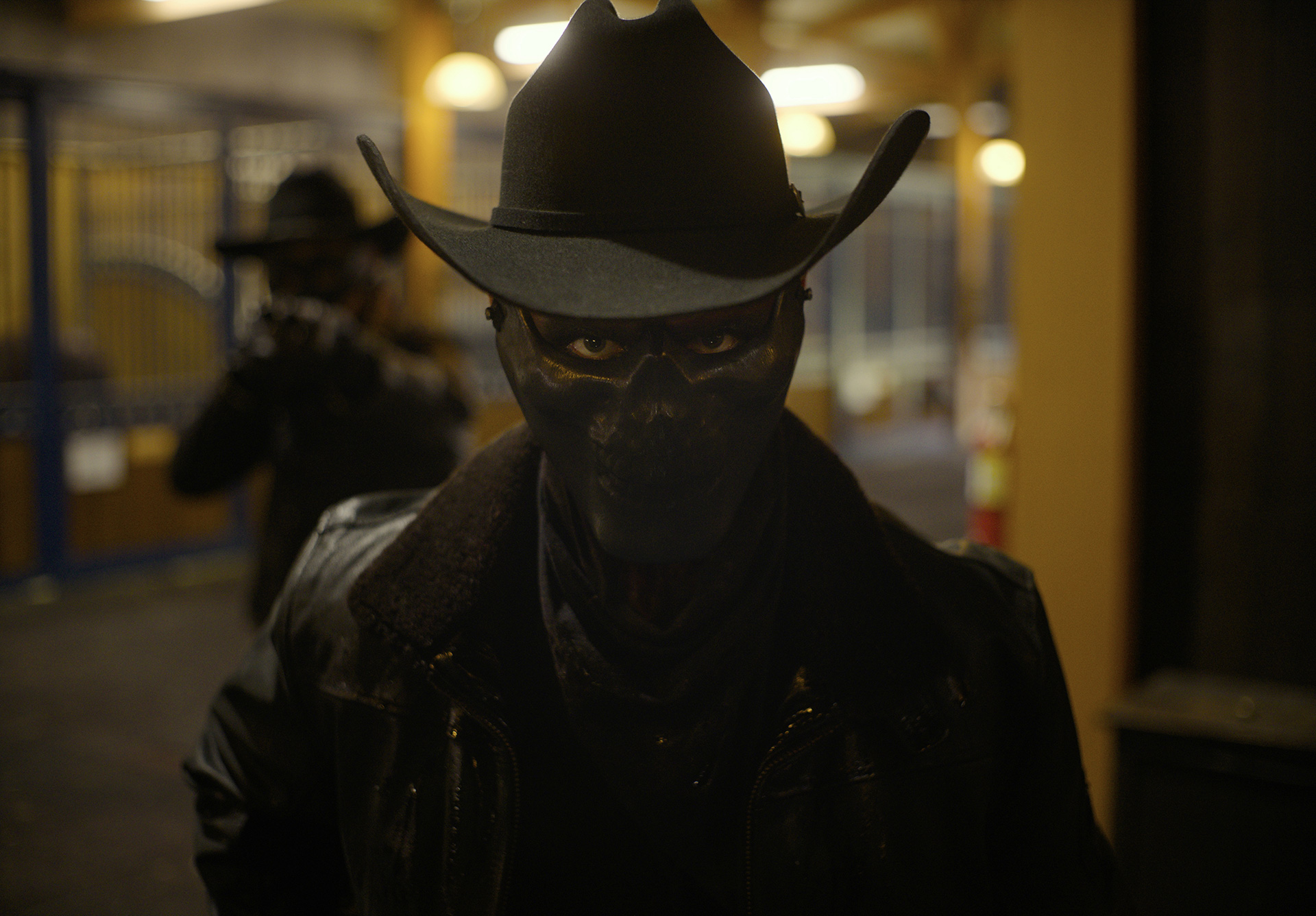 There’s one key fact about the fifth and (apparently) final installment in James DeMonaco’s Purge series that demands mentioning: it was scheduled to debut July 2020. Whereas a COVID-19 delay doesn’t mean much for F9 or Black Widow, it’s crucial to understanding just how prescient these political horror films are. Why? Because much of what occurs in The Forever Purge is an exact parallel to January 6th, 2021. DeMonaco’s mythology leads his fictional America to the brink of insurrection—not to comment on what happened five months ago, but because he noticed the real world was pushing itself there months (and probably years) before it happened. It’s a mirror that makes perfect sense considering the New Founding Father’s violent celebration has always been the GOP’s fantasy made real.

What’s most frightening about the whole ordeal is that our January 6 is actually the end of The Purge: Election Year. Senator Roan (Elizabeth Mitchell) wins that year’s Presidential election and makes good on her promise to create the executive order necessary to end Purge Night, an annual ritual where all crime (including murder) is legal for a twelve-hour period. We hear chatter about protests at the result before the credits roll and know it’s the same anti-democracy, pro-white-supremacy sentiments that sparked the terrorist event on our own capital wherein Donald Trump supporters threatened to assassinate their own party’s VP. One must only look at the subsequent Republican-backed voter-suppression laws to know the GOP, like the NFFA, will stop at nothing to regain control.

Roan’s victory, like Biden’s, is thus the match needed to spark the realization that racism and bigotry isn’t enough for the wealthy NFFA. Nor is pitting poor whites against poor POC at the voting booths. The systemic issues that guarantee America’s laws favor rich white men above all others—at the time of our Constitution’s origins, rich white men were the only humans able to own land and cast ballots—aren’t skewed quite enough when the nation in question is gradually turning less white with every passing year. There’s only so many poor whites who can vote against their interests towards a thinly veiled desire for purity. The only insurance is thus to stop everyone else from using their voices—first on election night, then forever.

That’s the logical next step. Get enough power to alter laws in your favor. Lose an election to sow more animosity. And ultimately discover the monster you created grew far too large to contain upon reelection. Trump’s presidency allowed the quiet parts to be spoken aloud and people are enraged by Biden’s assurances to (maybe) reverse course. The Purge allowed citizens to act on their bloodlust against whatever “other” they saw fit, and Roan’s four-year ban repressed that urge to the point of popping. It’s not therefore surprising that the day’s reinstatement next election cycle would be a bit extra in its nationwide release. It’s also not too far a stretch to fathom those aggressors would do whatever it took to ensure a pause could never happen again.

Enter the “Forever Purge.” Why unleash your violence one night of the year when you can keep it going daily? I laughed when reporters acknowledging the branded nature of the prolonged attack still wondered aloud if it was “coordinated” when that’s exactly what our own media continues doing, despite countless examples of “Civil War” t-shirts and calls to arm. These are working-class whites banding together to cleanse America of both its invaders (POC) and its duplicitous rulers (NFFA). Just as the GOP is finding out from using Nazis to get themselves elected on the back of the “identity politics” they rail against (before feigning disgust in the aftermath): you can’t put hate back in the box. You either embrace it, and them, or become more cannon fodder.

That DeMonaco’s script (Everardo Gout directs) can let this carnage unfold in the background of a grounded tale centering on our need for unity and empathy is what makes his series so great. He understands the irony of having a rich white rancher (Josh Lucas’ Dylan Tucker) who calls himself a cowboy tell a Mexican employee (Tenoch Huerta’s Juan) that their races should simply stick to “their own cultures.” DeMonaco gets the complexities (even if his films often put them through a reductive lens) of the racial and economic divide. There’s a great line where Dylan’s father Caleb (Will Patton) apologizes to Juan on his son’s behalf, explaining he raised him to “be a good American,” but maybe forgot to teach him “what that actually meant.”

Inevitably, Mexican immigrants are all Dylan will have to help protect himself, his pregnant wife (Cassidy Freeman’s Emma), and his sister (Leven Rambin’s Harper) once his wealth makes him as much a target for the El Paso Purgers coming after them as the color of Juan’s skin. The latter’s wife (Ana de la Reguera’s Adela) and coworker (Alejandro Edda) round out their quintet as they do everything they can to survive while driving towards the border for sanctuary in the country America built a wall to keep out. There’s plenty of violence as a result of this journey, though none of it is as creatively sadistic as previous entries. Besides some random street scenes, the majority is simple gunplay as narrative trumps style points.

It makes sense, though. Besides a few crazies, this “Forever Purge” is a full-on rebellion. Purgers aren’t “having fun” as much as they are working to build a white-supremacist world by expunging those who exploit and those who’ve “replaced” them. That means precision and quickness, thus fewer flourishes than you might expect. It’s the casualty of moving things beyond caricature (no evangelicals from the NFFA or DC are included this time) into reality. With Native American activists (Zahn McClarnon), anti-Mexican cartel women vigilantes, and the eye-opening power of white guilt when indebted to someone for your life, The Forever Purge is erasing the line separating its high-concept fiction from the nation outside our window. This franchise has never looked quite so familiar.