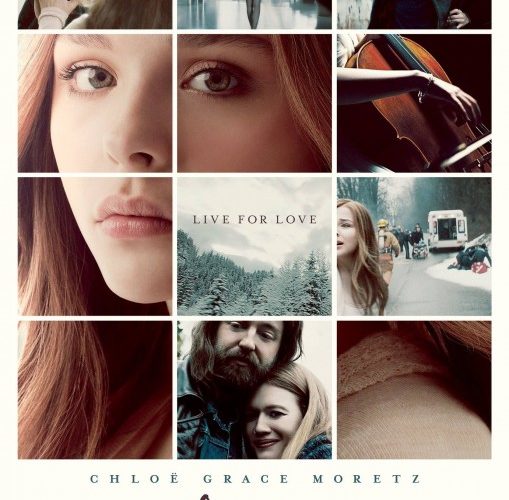 [Review] If I Stay

I am not a proponent of stories that hinge the possibility of undying live between teenagers on an unspeakable tragedy. This was my biggest issue with the overwrought sequels to Twilight and their brazen desire to show how star-crossed lovers would commit suicide before ever imagining a world outside the other’s arms. Cry all you want about how Romeo and Juliet did the same: Twilight is not Shakespeare. To that point, neither is Gayle Forman. Yes it’s a tough world and we all dream about a love strong enough to supersede everything else in our lives, but should we really be selling that hotbed of depression to young people barely understanding what love truly is? Parts of the film are effective and emotive despite its trajectory leading a poor high school graduate towards the purgatorial choice of death or life as an orphan. The film is thus a series of memories—the ubiquitous “life flashing before her eyes”—intercut with the present beeps and tear-streaked sobs of a hospital devoid of hope. I don’t care how dreamy wannabe rockstar Adam (Jamie Blackley) is supposed to be, no boy is going to make waking up in a world offering a heavy dose of survivor’s guilt worthwhile. Least of all the guy who’s let comatose Mia Hall (Chloë Grace Moretz) down every chance she’s given him to be selfless (or at the very least empathetic).

But this is the bane of YA romance—the existence of a love so pure that you can literally look past everything else as long as you have it. A love reveling in making you feel horrible about yourself, questioning your every aspiration, and unfailingly letting you down. It’s this borderline misogynistic viewpoint that ruins If I Stay from being an empowering piece for teen girls to feel good about themselves. The potential is there and Mia has flashes of strength to make us believe whatever choice she makes is right because she’s making it for herself. Then the boy returns, turning that headstrong, compassionate, soulful, and talented young girl into putty. While I understand that fantasy is kind of the point, it’s very irksome. So too is the construction of the plot carefully giving bits and pieces of Mia and Adam’s year-and-a-half romance as though enlightening us about some grand design. It doesn’t. We know exactly where everyone stands in the first five to ten minutes watching the Hall family sitting in their kitchen as a snow day gets announced over the radio. We learn Kat (Mireille Enos) left the groupie life behind to become supermom; Denny (Joshua Leonard) quit his punk band to teach and be a present dad; grade-schooler Teddy (Jakob Davies) embraced the liberal, laissez-faire parenting skills of both; and Mia’s is the mousy bookworm who doesn’t belong. Love did open her up, though, but now Adam’s on tour, they haven’t talked much, and she awaits notice from Juilliard. All this before we’re even settled in our seats.

What does the film portray for the rest of its 106-minute runtime? Exactly how young and naïve Mia and Adam are. Sure they have great days and love each other in a way that’s real, but their cycle of him being selfish and her being afraid to call him out on it gets tedious and depressing. So Forman writes in a fatal car crash to ensure everyone gets his/her priorities straight? Just a little excessive, even for tween melodrama. And yet I’ll admit to being moved more than once while the theater let out sniffles mixed with embarrassed laughter around me. When Stacy Keach‘s Gramps sits with his motionless granddaughter and says the perfect words through a cracked voice: you’re done. You’d be completely heartless not to at least conjure one tear. Somehow amidst the soapy drivel Forman, screenwriter Shauna Cross, and documentary director R.J. Cutler find a way to touch even the most cynical of us with its harrowing tragedy. It doesn’t hurt that Enos and Leonard are fantastically cool, utterly lame, and above all worthy of their children’s respect—two souls the world is worse off not having thanks to another driver on a slippery, snowy road. Seeing Mia soar to new heights with her cello makes it sadder that life can end so quickly despite the love of her grandfather—love he regrets hiding behind a wall from his own son’s childhood. Even best friend Kim (Liana Liberato) proves her worth to stand by Mia in good times and bad. There are so many reasons for Mia to choose life, but Adam is not one of them.

Maybe he would be if not such a two-dimensional character—a byproduct of the writing, not the performance. Blackley plays the role nicely; he’s simply a pawn with a tragic past of his own to conveniently mask his shortcomings. Adam is written as Mia’s savior from the start and yet he’s the most expendable person in her life. If she weren’t comatose in the ICU, would he even have come back to her? If the answer isn’t unequivocally “yes,” we have a problem. Throw him out and make this story wholly about a girl discovering the familial love she possesses outside her nuclear core and you have a poignant parable to take notice of courtesy of Moretz’s relatable lead. As is, If I Stay proves another trite tale belittling its earned emotion with misguided adolescent fantasy.

If I Stay opens wide on Friday, August 22nd.