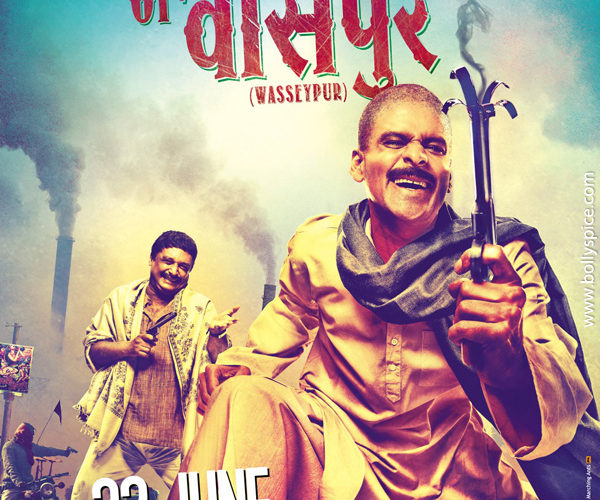 How fitting, in a year that has seen a restored version of Sergio Leone’s embattled, multigenerational gangster epic Once Upon a Time in America, that a new, Leone-influenced masterpiece from India arrives on North American shores. Gangs of Wasseypur, a five-hour, two-part, wildly blood-drenched saga is, without question, one of the must-sees at the Toronto International Film Festival. Director Anurag Kashyap’s work is also – whether taken together, or separately – among 2012’s best. The first installment opens on a television screen, and a subtitle telling us the soundtrack is “[Popular Indian soap theme music].” The serene scene erupts with gunfire for a remarkably appropriate start; Gangs is, in a sense, one long soap opera, with the occasional glossiness quickly ripped apart by bullets. The gunfight is kinetic and explosive, and completely chaotic; we have no sense of who is who, who is “good” or “bad,” or why any of this is occurring. Confused? Don’t worry – you’ll have plenty of time to get to know the characters in this “dirty game of deceit and disguise.”

After this seemingly present day opening, Gangs moves back in time to the 1940s. A narrator and archival footage set the scene, and soon we’re introduced to the saga’s catalyst, Shahid Khan (Jaideep Ahlawat). After a violent train robbery leads to his exodus from Wasseypur, Shahid begins to work as an enforcer in the coal mines owned by a crucial figure in both Part 1 and 2, Ramadhir Singh (played a tough but never over the top Tigmanshu Dhulia). “There are no friends here,” Shahid says early in the film, and these words prove prophetic, as he is murdered by a suspicious Singh. Like young Vito Corleone, Shahid’s son Sardar is forced to flee, and vows revenge against Singh; as the narrator tells us, “this killed Sardar’s childhood.” Much later in the film, we hear Sardar’s M.O.: “My life has but one mission: revenge … I don’t just want to kill him … I want to destroy him piece by piece.” We jump ahead two decades, moving through the sixties and into the seventies, as Singh gains power and the mines become more unsafe. The now adult Sardar Khan, married (put-upon first wife Nagma is played very nicely by Richa Chadda) and with two sons, Danish and Faizal, begins to strike back against Singh. Cue more soap opera-tics, as Sardar is jailed, takes another wife, Durga (Reema Sen), and has another son, the fantastically named Definite. (Stay with me – it’s a messy family situation.) By the time we reach the mid-eighties, Sardar has risen to prominence and is finally locked in head-to-head battle with Singh, and adult sons Danish (Vineet Kumar) and Faizal (Nawazuddin Siddiqui) are firmly in the Sonny and Fredo roles, respectively. Part 1ends in predictably bloody fashion, with a murder that is not unexpected, but still remarkably powerful.

As Part 2 opens, we see a new, more forceful side of Danish. We also see, about fifteen minutes in, a rather shocking death, one that tells us that this second installment will have no worries about dispensing with major characters from Part 1. The burden of revenge is passed to Faizal (“If Allah doesn’t kill me, the neighborhood will,” he gloomily says), a drug addict and perennial disappointment to his mother Nagma. This film – clocking in, like its predecessor, at two and a half hours – is mostly his story, along with that of his half brother Definite (Zeishan Quadri). The loss of several major names fromPart 1 hurts; after the epic scope of the first film, Part 2 feels, well, smaller. It only spans several years, rather than multiple decades, with a tighter cast of characters and a more straightforward story. Perhaps it is impossible to expect it to reach the same highs, but it it’s still a bit disappointing to report that it does not. But just when things are seeming a bit dry – comparatively – the movie gets a shot in the arm with the arrival of one Perpendicular Khan (Aditya Kumar), Sardar’s fourth son. “Blade + skin = blood,” we’re told, is what Perpendicular knows, and this makes him “more terrifying than Faizal.” He literally plays with a razor blade in his mouth (kids!), and uses his half brother’s fame to his advantage: “Faizal Khan is my elder bro. I’ve come to rob your shop.” Indeed, Part 2 shows us a new era of scattered crimelords, also including Definite, “the studly hero of the neighborhood.” These characters, the living sons of Sardar, are less likable, by design, than their father. They are also, sadly, much less interesting. But when revenge against Ramadhir Singh moves back to the forefront, we are hooked once more. Interestingly, the chaotic opening of Part 1 is revisited and comes into focus, and from that point on, Part 2 hurtles to its conclusion and draws us in completely. The film closes with the sins of the father motif carried to a logical and fitting endpoint.

Densely plotted, Gangs is a stunning achievement, whether taken collectively or individually. Over the course of these five hours, we’ve experienced prison escapes, drug-addled sibling rivalries, revenge killings, tense life-or-death meetings, a Sonny-at-the-tollbooth-style esque massacre, lying politicians, “money and debauchery,” and a dash of Bollywood, with a unique use of music and lyrics to comment on the action (“This barter of bloody blows will make you cry”). Director Kashyap has succeeded in creating a gangster drama that feels fresh and realistic – no easy feat. Yes, it is unwieldy, and Part 2 lacks the visceral impact of Part 1. But there’s no doubt that Gangs of Wasseypur is an exhilarating creation, a not-to-be-missed cinematic event, and a work as sprawling, messy, and open-ended as real life.