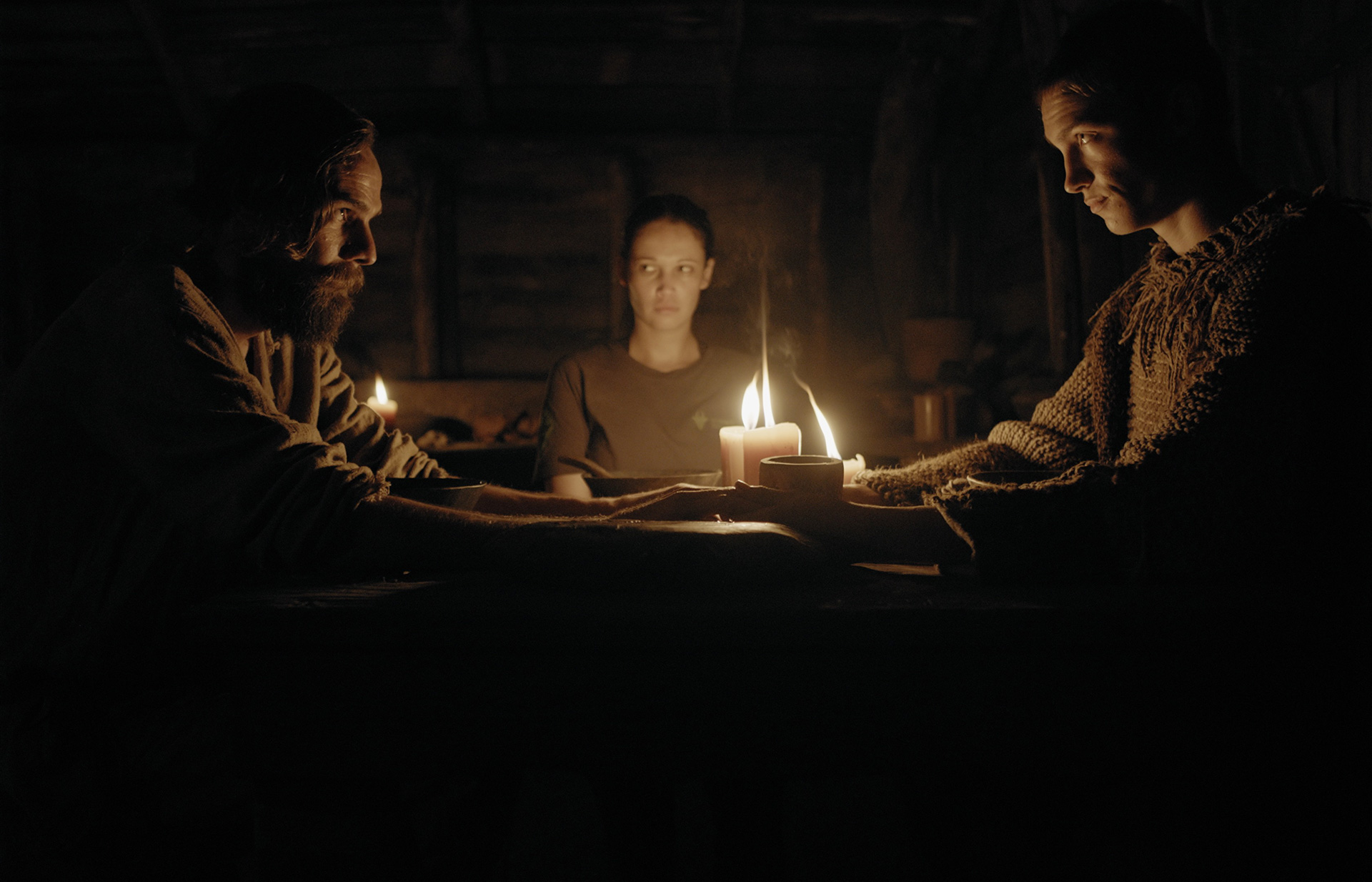 Mankind doesn’t follow God because He’s compassionate. Anyone who’s looked through history at the death and destruction wrought in His name should know this all too well. Man follows Him out of fear—a fear so deeply rooted in our DNA that we cling to a fantasy instead of admitting its crippling hold. Because what’s God really saving us from during the rapture? Evil? Science? Ourselves? If we’re to believe God created everything, the only logical answer as to the orchestrator of our demise is Him. Abraham passed God’s test after proving he’d kill his son Isaac. He was granted leniency because he accepted that God’s grace only existed as the carrot opposite His wrath’s stick. Believers are thus nothing more than pawns. Lambs to their savior’s slaughter.

Who wants to confront that truth? Nobody. You either embrace the notion of “seeing is believing” and discover answers to our world’s problems via scientific study or you twist yourself into a tight enough knot that your actions become an extension of His desires and thus the pathway towards earning your escape from the reckoning on the horizon. Put these two factions together and watch the fireworks as the former’s interpretations of the unexplainable get laughed at by the latter and the latter’s blind devotion is dismantled by the former. And above them both is their creator pulling strings as His plan unfolds to perfection. Believers and non-believers push forward to ideological and/or literal war. They fight to preserve their faulty philosophies and inevitably ignite their mutual extinction.

The irony isn’t therefore lost on director Jaco Bouwer that he had to pause production on Gaia for three months because of the COVID pandemic. He and screenwriter Tertius Kapp crafted an ecological horror pitting science against the divine just as the world began doing the same. One side embraced the value of fabric masks as a deterrent against the virus while the other saw those masks as “muzzles” keeping them from the freedom of God’s will. One side sought to save as many people as possible while the other saw a plague from which their devotion could single-handedly spare their lives. And once the latter started dying at higher rates than the former, conspiracy theories grew to spin nature’s attack on man into man’s attack on God.

Are you a Gabi (Monique Rockman) or a Barend (Carel Nel)? She’s a forest ranger documenting the trees with drones and cameras alongside her boss Winston (Anthony Oseyemi). He’s a survivalist who’s rejected civilization’s propensity for self-destruction by living off-the-grid with his son Stefan (Alex van Dyk). That they collide is hardly a coincidence even if the notion of fate could feasibly enter the equation. Why? Because Barend could have avoided detection. He’s been doing it for years by covering camera lenses with mud and steering clear of intruders. His decision to face-off against Gabi’s drone is therefore intentional. Barend disabling it to then steal it was a conscious choice whether or not his God ultimately steered his hand. So now they commence the battle for Stefan’s soul.

That’s what Gaia is when you break it down to its core. Stefan has known nothing but the life his father has shown him. He believes in the God that Barend talks to because She both provides for them and has nothing with which to compete. What does She supply? Protection. Not from nature as we know it—the title reveals the God they follow is Nature—but that which doesn’t belong. I’m talking about a fungus that wreaks havoc on Homo sapiens by infiltrating their bodies and consuming them whole to take control. Inhale a spore and you may find yourself waking up from a nightmare with mushrooms growing out of your arms and legs. Let it fester long enough and you become a monstrous fungus yourself.

The simple reality that Stefan and Barend have been spared as long as they have is reason enough to believe in their God. That Gabi and Winston find themselves helpless when confronting the fungal beasts hiding in the shadows should be enough to listen too. But where does the line between belief and manipulation rest? How do these men know that their God is saving them and not just giving them what they need to assist Her in Her malicious desires? That’s where Gabi’s skepticism arrives as a necessary foil to their routine. She sees Barend as delusional—a man so full of fear towards the unknown that he’s constructed a warped view of reality that’s subsequently devoured Stefan too. Gabi becomes a missionary for our flawed civilization.

Who will Stefan choose: the comfort of (supposed) safety or the allure of what his father has shielded him from (hedonistic pleasures)? Sex enters the frame along with rapidly escalating sacrifices that turn these days of terror, miracles, and uncertainty into a Biblical parable projecting Abraham and Isaac’s “The Binding” and Adam and Eve’s “Genesis” onto an environmental nightmare full of homicidal parasitic creatures looking to dissolve mankind back into the earth beneath their feet. Bouwer utilizes a memorable aesthetic (think Annihilation) that personifies nature while also reducing humanity to its base yearning for satisfaction. And Kapp renders it all part of a bigger scheme revealed through dream-like trances stripped of subterfuge and hope of escape. This God needs Barend and Gabi’s conflict to groom Her true disciple.

No one is therefore in control. If inhaling this spore can turn us into a husk of impulses while eating another can instantly prevent that fate, who’s to say we haven’t already consumed something more subtle in the meantime? Whether it’s faith or doubt: both lead us on a purposeful path away from the other towards the same endgame. Each feeds the other until both are dug into their position enough to transform the dynamic into one of good versus evil with everyone playing both parts simultaneously. And it’s all a big distraction. God gives Her warning by showing what happens when we refuse to change our ways. Rather than listen to it, however, we blame each other for that collective demise—happier to be “right” than alive.

Gaia hits limited theaters on June 18 and VOD on June 25.