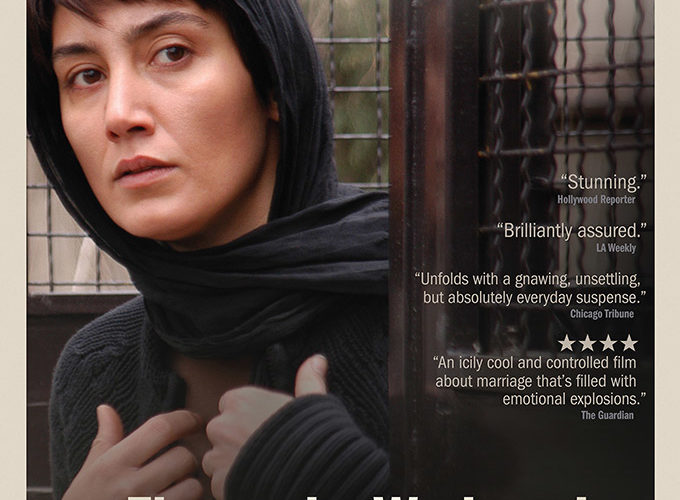 After a festival tour back in 2006 and a now-out-of-print DVD release, Asghar Farhadi’s Fireworks Wednesday has been theatrically re-released by the newly established Grasshopper Films. The drama is another precisely calibrated, culturally specific demonstration of Farhadi’s skills in constructing empathy machines. Further in line with the director’s filmography, this story has a nesting-doll structure that combines ingrained social hierarchies, domestic drama, and a tragic intersection of misunderstandings. And while it doesn’t feel as revelatory as the other recent Farhadi re-release, the claustrophobic, L’Avventura-esque About Elly, it’s more than merely an artifact from one of our best contemporary directors. If anything, it’s a testament to the fastidious construction of latter-day work such as A Separation and The Past.

Fireworks Wednesday resembles much of Farhadi’s work in how it shifts on the repercussions of an inciting incident. The event, this time, is less literal and more a representation of long-held perceptions that have curdled into something increasingly harmful. Roohi (Taraneh Alidoosti) is in the throes of the honeymoon period of her relationship. In an attempt to make some money, she takes a temporary position as a maid and is plopped down onto the battleground of Mozhde (Hediyeh Tehrani) and Morteza (Hamid Farokhnezhad), a long-wilting couple whose relationship has been chipped away by festering doubts, duplicity, and the disappointment of failed potential.

As Roohi mirthfully cleans throughout the house, gleaming in excitement for her coming wedding, potential secrets are being tossed around within earshot. They’re deep-rooted conversations, and their meaning is easily misunderstood. The narrative is a series of misunderstandings, but they’re revealing about the fragmentation of fragile relationships, the isolation of motherhood, and the dangers of an insulation from self-awareness.

In the early going, Roohi is just as likely to engage in the gossip, using her limited knowledge to find an entry point with the neighbors, particularly Simin (a standout Pantea Bahram), a kindly woman who runs a salon out of her apartment and who Mozdhe coincidently suspects is having an affair with her husband. Roohi is all but lunging at the opportunity to assume things about the arguments that are happening next door. “I barely arrived and she told me to leave and paid me,” she says in exasperation, speaking to the salon owner about being paid five-thousand tomans without finishing the work.

Simine isn’t innocent in all of this, but she’s especially faced the repercussions of idle gossip, having left her husband and being one of the only single women in the apartment complex. The community regularly complains, believing her to be an unseemly influence on the tightly patriarchal community.

Similarly, the cracks in Mozdhe and Morteza’s relationship are apparent to everyone around them, but they make excuses. Neighbors complain about their screaming arguments that go late into the night, and, at school, the administration has become anxious about the rotating group of people who come to pick up their son, as shown in a characteristically charged conversation with Roohi, who’s interrogated about her association with the family after being sent to pick him up.

Social mores have long factored into the spaces of Farhadi’s narratives, but this is one of his only films where it threatens to take over the thematic concerns. It’s far from repetitive, but there’s a circuitous quality to the dialogue that becomes numbing, and intimately specific details — such as a broken window in their apartment — feel more involving than the conversations between Morteza and his co-workers about a culturally rooted shame.

But even those conversations feel purposeful in their carefully chosen dialogue. For example: “What’s wrong with your wife?” It’s the semantic difference between someone saying, “I’m sorry you feel that way” and “I’m sorry that I did this,” and it’s absolutely key to understanding the wedges that these characters place in their own conversations.

In reflecting Iran, social hierarchies supersede all forms of human interaction in Farhadi’s films. Even two characters who need only to directly reveal their feelings in order to stop fighting can’t help but get lost in their presentation of language. The politics of perception and respectability are the ultimate controlling systems.

Even early on, Farhadi possessed a keen sense for details — among them the contrast between two neighbors handling strangers at a gate, which foreshadows later architectural subtexts like A Separation’s crucial use of a double sided hallway. Not all of his visual cues feel organic to the storytelling: a detail with a vent feels unusually labored, and, while the film is set during the New Year, nearly everything involving the title feels thematically gift-wrapped.

Generally, Fireworks Wednesday just isn’t as tightly plotted of the rest of Farhadi’s films. But it’s less an issue with the script than its structure’s reliance on having Roohi serve in alternating roles as a witness and participant to the surrounding action. It’s a piece of the story that’s ingrained into an outsider’s understanding — or, rather, biased view — of the situation, yet remains jarring when the film begins to use her character in a more concrete way.

Even in its roughness and the visibility of its turning gears, Fireworks Wednesday is far from an amateurish work. There’s an unassuming gracefulness to its shot choices — specifically a take where the camera never leaves an elevator, one of the greatest demonstrations of Farhadi’s abilities to imbue style without leaving distracting marks — and an ear for bloodletting dialogue that moves beyond aesthetic viciousness. Even if the film doesn’t quite rise to the zeniths of Farhadi’s considerable career, it’s another brutally insightful and relatable story about marriage, relationships, and the lives people sacrifice in order to save face.

Fireworks Wednesday is playing at Film Forum through March 29 and will expand afterward.