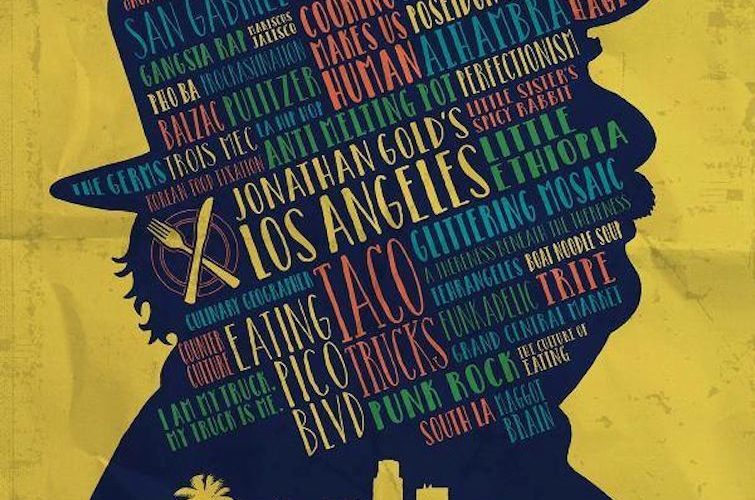 Criticism can be a lot of things. Cheerleading, examination, storytelling, pathfinding. But the heart of it all is opening a dialogue, no matter the intention. This goes for food, movies, literature, and especially their intersection in City of Gold, a documentary about Jonathan Gold, the Los Angeles Times‘ food critic.

City of Gold is simultaneously a vibrant, colorful love letter to the unsung parts of Los Angeles, a populist philosophy of food and culture, and a thesis on what criticism should be. With suspenders, a bushy beard, and the heft you’d expect from someone that eats for a living, Jonathan Gold looks like Santa Claus mixed with George R.R. Martin. Never trust a skinny chef, nor a skinny food critic. He’s almost universally appealing – at least in the film’s depiction — as a loving and supportive father, a brilliant critic, a cultural ambassador, and a goofball. The worst thing said about him is that he’s a procrastinator. Oh, shame on you, Pulitzer Prize winner.

Its one-sided portrayal aside, the film makes interesting points about food and music being cultural bridges for us to walk across, letting us learn from one another and form connections. We can all relate to our grandmother’s secret recipe. Taste, both musical and culinary, has unlimited potential for growth and expansion, which means our capacity for understanding other cultures from these perspectives is unlimited.

This populist ideal that cultural understanding comes from immersion in the strip-mall Chinese place or the shady-looking taco truck run by the guy with two full sleeves of tattoos is a current running throughout the film. Gold is the guy that discovers the Ethiopian place sequestered away in a tiny neighborhood, the guy reporting on the Guatemalan restaurant before the Spanish-language press. These chefs and restaurateurs extrapolate on his coverage as talking heads, confirming the seismic change that a bit of good press can bring.

And, in that way, this Roger Ebert of food declares all criticism equally valid, using his opinions to build community rather than tear it down. A way of reaching across barriers to shake a hand, to share an experience with other people through movies, books, food, or music without needing to meet them. Lamenting the racial disparities in L.A., his powerlessness and isolation from his neighbors, and the riots of the ’90s that helped inform his critical approach, Gold’s repeated mantra seems to say, “Maybe the world would be a less hateful place if we all just invited someone over for dinner.” Eating has opened conversations since civilization began — why stop now?

City of Gold opens in limited released on March 11th.