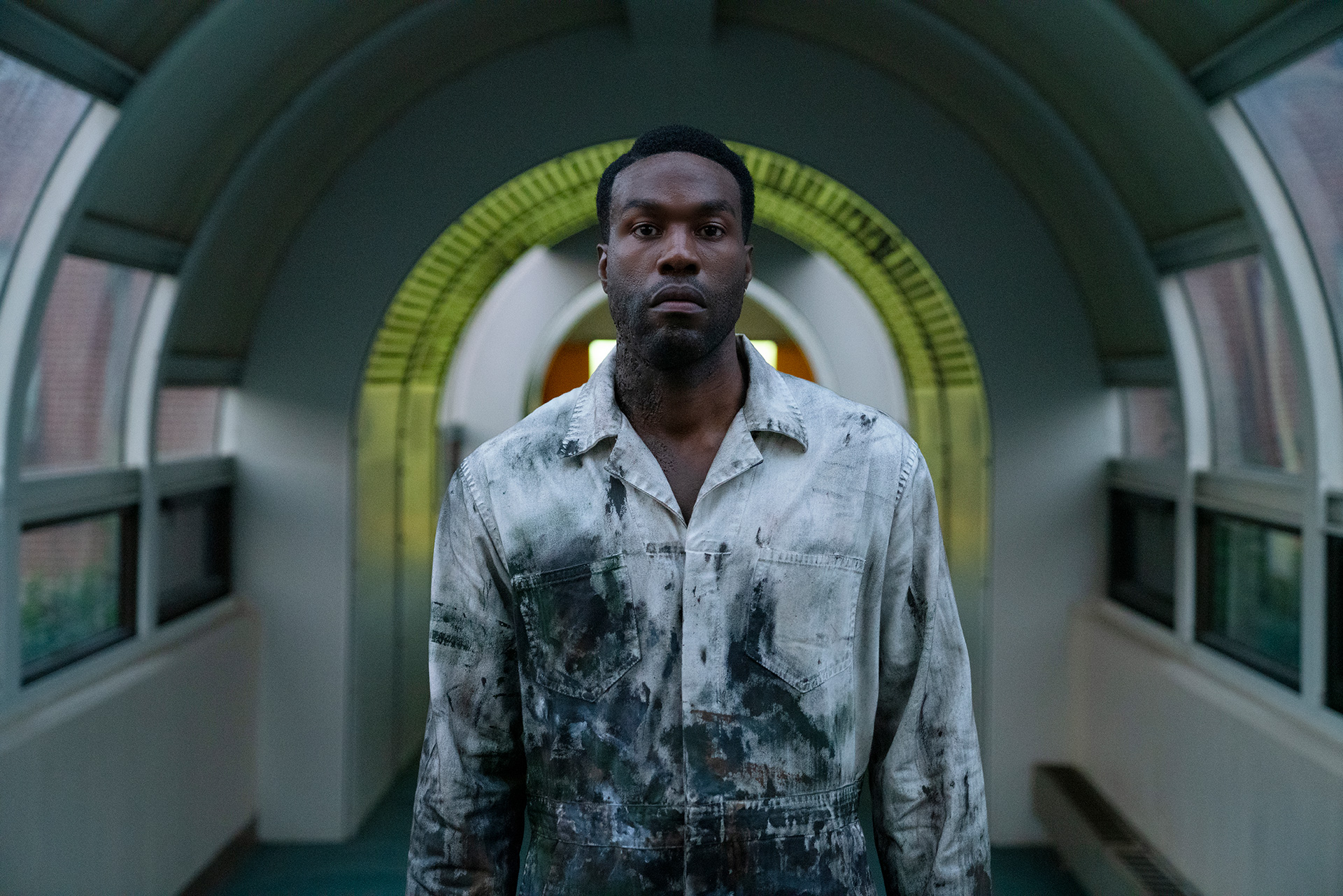 Despite its earned cult-classic status, Bernard Rose’s Candyman isn’t without fault. His transposing Clive Barker’s short story “The Forbidden” from a British neighborhood to Chicago’s Cabrini–Green projects to consider the text’s racial and economic divides was as inspired as casting Tony Todd for the titular, bee-infested boogeyman running on the fuel of a hive mind’s fear. Yet he still centered it all on the shoulders of white savior’s Helen Lyle (Virginia Madsen). Rose flirts with the complexity of that choice by having her first act of heroism (being the key witness to putting a copycat monster behind bars) unleash the real monster from hibernation, but ultimately undercuts Candyman’s return as cautionary tale for white supremacy’s unchecked brutality.

The marketing machine can say Nia DaCosta’s Candyman (co-written by producer Jordan Peele and Win Rosenfeld) is a “spiritual sequel” all it wants, but you should know that bit of deflection is more about their decision to re-center the tale on the Black experience over insufficient connective tissue to the past. Narratively, one would be lost without having seen the original. DaCosta and company do a great job sprinkling in flashbacks via shadow play, but don’t rehash the conclusion (spoilers for the first film): that Helen becomes Candyman in the end. That whole film is about a ghost proving itself a living, breathing warning about America’s violence towards Black men and women, yet closes with a white woman taking the mantle.

So consider this new iteration a reclamation project for that unfortunate muddying of the message—one Rose created, since Barker’s story provides no second chances. And it proves the perfect segue once you realize what places like Cabrini-Green are in the grand scheme of things: areas built to fail so gentrification can take over on the cheap. Affluent areas surround and choke them until they can be cannibalized, re-packaged, and re-sold, much like Helen’s apartment in the first film. While the high-rise Anne-Marie McCoy (Vanessa Williams) lived in with her toddler might be gone so the likes of art-world rising stars Brianna (Teyonah Parris) and Anthony (Yahya Abdul-Mateen II) can move in, its shadow looms large.

No matter how long it’s been since the last “Candyman” sighting or murder, a name and legacy like that never fully disappears. Whether it’s Daniel Robitaille (Todd) as victim of a father’s wrath after conceiving a child with the man’s white daughter during the 1800s or the story Burke (Colman Domingo) tells Anthony about creepy old Sherman Fields (Michael Hargrove) handing out candy with a smile before getting trampled by an entire precinct of white cops, the memory of those Black kids and adults who’ve perished under oppression’s boot—because Cabrini-Green is a symptom of a much larger, systemic issue—endures. Unlike word-of-mouth, though, Anthony creating a gallery piece that dares affluent onlookers to “Say His Name” spreads it like wildfire. Especially once a grisly murder follows closely behind.

The white community that took Cabrini-Green as their own now unwittingly take Candyman’s bloodlust. They are the ones who die this time around, who pay for the sins of their forefathers. And rather than hinge on a premise framing Helen into becoming his victim to ensure media attention, Candyman need only bring his hook. Because while entitled brats like Haley (Heidi Grace Engerman) smirk in the mirror before summoning their demise, not one Black character is dumb enough to play with yet another potential cause of death. Not Brianna, not her brother Troy (Nathan Stewart-Jarrett), not… well, Anthony can’t resist. From finding artistic inspiration in the danger to becoming a conduit of souls, he falls through the mirror.

The filmmakers utilize Rose’s intent with Barker’s story and run with it to find the most terrifying, resonate, and scathing conclusion. DaCosta and DP John Guleserian play with reflections in ways that guarantee almost every scene is in part viewed through one and an extra level of sinister flourish by having bees knock into the glass from the other side. There are some unforgettable kills that, citing recent examples, compare to the high-concept sequences from last year’s The Invisible Man as physical punishment comes from the non-existent hand of a predator only seen through the glare of surrounding surfaces. Even then, few deaths are witnessed onscreen. DaCosta expertly shields us with aesthetically angled obstructions so the fear of those watching can deliver everything we need to know.

Why? Because they’re the goal. Candyman has never been about victims; it’s about the survivors. They’re the ones who keep his name alive as a means to tell their children about what lurks in the shadows. You either heed that warning and refuse to even joke about saying his name in the mirror once (let alone five times) or you risk it all for fun. That is the definition of privilege—to laugh about that which leaves bodies in the streets knowing the color of your skin or the money in your wallet or the neighborhood where you live will keep you safe. Take the metaphor of Cabrini-Green one step further as America itself and understand that no plot of land is without its ghosts.

We’re a nation built on the blood of the slaughtered. We can paint walls, jack up prices, and absolve ourselves of the guilt inherent to that truth, but their presence remains. The more land stolen, the less safe its thieves become from the demons they thought only preyed upon the “other” far from view. The first Candyman showed anyone can be caught in the carnage to wreak vengeance on oppressors. (Rose’s film ultimately deals more with patriarchy than racism.) This one shows how the oppressors have become too comfortable on their perch to realize tides have changed. Hubris has entered the equation. Where Brianna looks down a dark stairway and says “Nope!” before turning back, Haley jumps because no one taught her to be afraid.