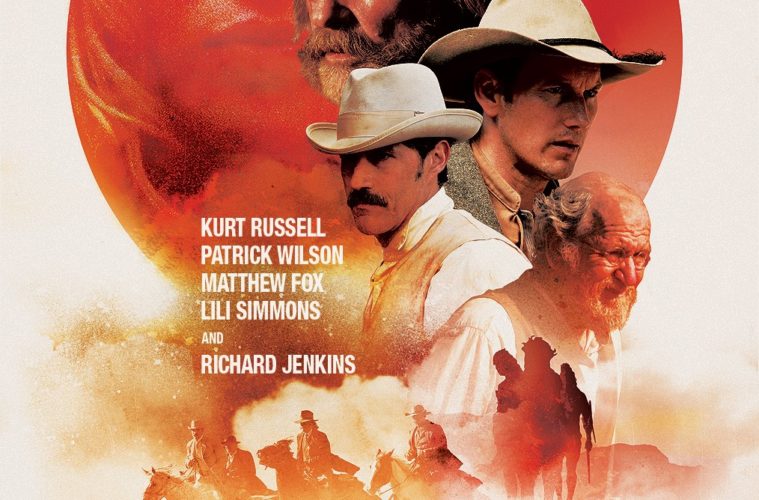 Kurt Russell almost always elevates whatever movie he’s in, no matter the quality of the script or the other performances. With Bone Tomahawk this once again proves true as the charismatic icon significantly improves this sluggishly paced, stiff western.

At the start of writer-director S. Craig Zahler‘s debut, a pack of cannibals invade the small town of Bright Hope. They kill and kidnap folks, including the wife of Arthur (Patrick Wilson), Samantha (Lili Simmons). Sheriff Franklin Hunt (Russell) puts a team together, including himself, an injured Arthur, the smooth-talking John Brooder (Matthew Fox), and the deputy Chicory (Richard Jenkins), to go rescue Samantha, who, Hunt admits, is probably dead. It’s a men on a mission story. The main problem is there’s zero emotional stakes. Arthur wants his wife back, but it’s hard to invest in his journey when the set up is so forced. Wilson, a great actor, and Simmons don’t feel completely right for this time period, and a part of that is because of the material. Most of the character beats are entirely on the surface and obvious. A lot of these roles are caricatures, not humans or archetypes. We’ve seen most of these characters hundreds of times before in much better westerns. The only star that’s period appropriate and whose character stands out is that of Russell’s, who’s fantastic in the film.

Russell commands each room he occupies, always being the main focus when he walks into a scene. Oddly though, the actor has a fairly unmemorable introduction. Obviously, not every character needs to leave an impactful first impression, but when Kurt Russell stars in a western, his intro shouldn’t simply come and go and feel inconsequential to the character or story. There’s also one well-crafted kill in the film, and the actor’s reaction shot is a part of what makes it have impact.

As for the story he takes part in, there’s hardly any narrative momentum. At 90 minutes, Bone Tomahawk could’ve been an enjoyable, well-oiled showcase for Russell. At over two hours long though, it’s unnecessary when a story this thin of drama and conflict includes certain scenes that add nothing to the narrative. There’s a bizarre, longwinded shot of Arthur reading a letter regarding work that’s never paid off. It’s such an obvious set up, but it serves no purpose.

Unlike great westerns that have come before it, Bone Tomahawk isn’t one that takes its time to develop its character and story. The film is not a slow burn, in which the narrative methodically builds tension and excitement — it’s just slow. The pacing needs serious tightening, and there are a handful of other questionable editing choices. One scene with the main ensemble in a bar together is awkwardly blocked and the editing cuts so rapidly back and forth between characters it’s jarring and completely out of tune for a western. Some shots go on too long, while others end abruptly. Of course, that’s not to say the film needs to be any longer, but it feels like scenes were butchered in post-production.

There are a few effective moments of violence from Zahler and his cinematographer Benji Bakshi, but the atmosphere is lacking and the story isn’t involving. Zahler’s debut is ultimately a major disappointment. A movie with Russell, Patrick Wilson, Matthew Fox, Richard Jenkins, and Fred Melamed really should be more entertaining than this. It’s always a treat to see Russell, and he does bring some charm to the film, but it is in service of a weak script.