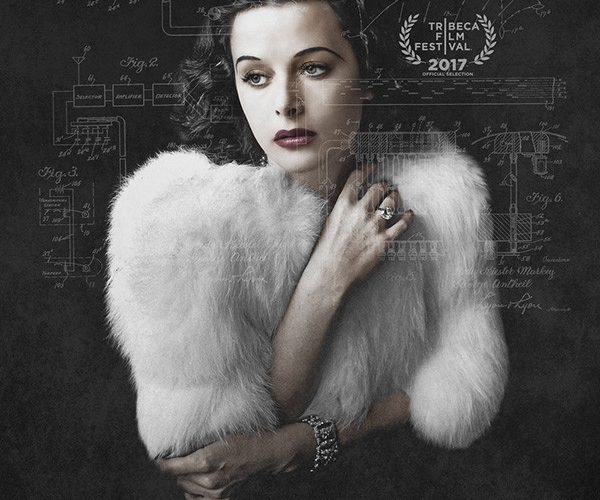 The tell-all “autobiography” Ecstasy and Me: My Life As A Woman was exactly what Hedy Lamarr’s agent wanted to make quick money. But it wasn’t her life. Whether her ghostwriter’s words were true or not, the story dealt with everything she hoped wouldn’t define her legacy. Sadly she never had the chance to set the record straight with a follow-up of her own creation despite ambitions for one. The former Hollywood starlet became a recluse, barely seen in public and hardly in a position to be listened to or believed. And yet there were rumors — clear-cut facts actually — that Lamarr did much more than act, dance, and sell war bonds. The truth had her being the inventor of a patent with an estimated market value of $30 billion. Hedy Lamarr was a trendsetting genius and no one knew.

So of course director Alexandra Dean would want to tell her story — the real story. It would deal with her sex appeal and Hollywood fame also, but only as a launch point to dive into her scientific mind and humanistic impulses. To tell Hedy Lamarr’s biography would be a way to show young girls the world over that beauty and intelligence are not mutually exclusive. And were not in the 1940s. It would shine a light on how difficult it is for a woman to be taken seriously by men refusing to see past that beauty too. Lamarr wasn’t without demons, but to look at the entirety of her life in context along its volatile trajectory of highs and lows is to understand she was a victim of chauvinistic times. As with many great documentaries, Dean wasn’t without some luck in discovery along the way. After already having spent six months on the project it came to light that journalist Fleming Meeks had recorded his interview with Lamarr years ago. These tapes laid everything out in her voice. Suddenly Dean was in possession of the Holy Grail, a first-hand account of the step-by-step trajectory Lamarr took from her youth in Austria to her death in the United States. Bombshell wouldn’t merely be a look behind the curtain anymore. By using the subject herself as narrator, this film would be the definitive autobiography we needed to truly understand the complexities of a life too many dismissed as yet another Hollywood cautionary tale of marital strife, drugs, and assumed mental illness.

It’s really amazing how different the act of hearing someone tell his/her story is compared to an expert explaining what he/she believes to be true. While many of the talking heads Dean filmed to augment Lamarr’s account and fill in some blanks speak about “What probably happened …” or “It was one of two things …,” Hedy’s voice enters with unwavering finality. She explains her escape from her first husband (a Nazi munitions manufacturer). She relays how she redesigned Howard Hughes’ airplane wings. And she remembers with pained emotion that the American military machine recruited her not yet naturalized actress to raise money for the war ($25 million at the time) while also declaring her not yet naturalized inventor an “alien” and therefore akin to a potential spy. Year after year she did something miraculous and year after year she was stripped of each accomplishment. The film is therefore as tragic as it is empowering. We hear both awe and sorrow in her children’s (Anthony Loder and Denise Loder-DeLuca) voices as they remember the badass their mother was and the volatile abuser she could become. Dean takes us through her relationships and how love was often betrayed or financial security never quite enough. And we discover the handful of men who did acknowledge her gifts and gave her the credit she deserved in their own biographies or open letters of praise decades after the fact. No disrespect to them, but our having to wait for men to ultimately prove her worth exposes our nation’s patriarchal bias more.

So it’s good a woman — an innovation/technology journalist-turned director — is the one to finally put everything (rumor and truth) together via a wealth of informative archival material and newly conducted interviews. In a country where too few women pursue science for archaic cultural and systemic reasons, Hedy Lamarr serves as a crucial reminder of what’s possible with the courage and perseverance to be yourself despite the world trying its damnedest to change you. Here’s a woman barely twenty playing hardball with Louis B. Mayer for a paycheck, a woman not yet thirty who almost turned WWII years before Allied victory. Yes she’s the most beautiful actress to ever grace the screen, but she was also a brilliant mind finally being recognized as a feminist and scientific icon.