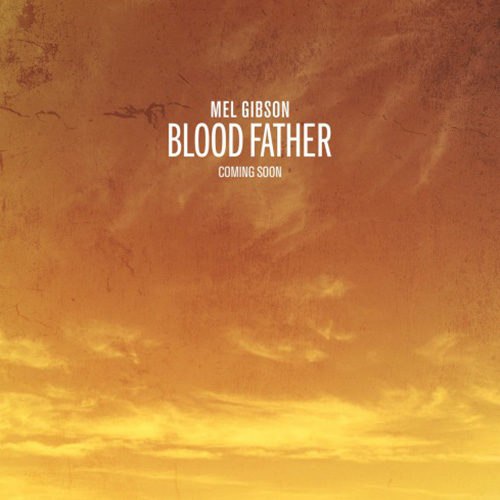 If this be the movie jail that Mel Gibson is destined to die in, it could be a whole lot worse. Blood Father, directed by Jean-François Richet (Mesrine, Assault on Precinct 13), works remarkably well as a grindhouse throwback, sporting a screenplay (from Peter Craig and Andrea Berloff, based on Craig’s novel) that’s better than it has any right to be.

John Link (Gibson) is a burned-out alcoholic who we meet in the middle of an AA meeting. He’s celebrating two years sober while still lamenting the bridges he’s burned and a daughter he hasn’t seen in some time. Only moments later, Link and his daughter, Lydia (Erin Moriarty), are reunited, a hail of gunfire and some bad men following them. “She’s every loser’s lucky day,” Link says of her, a drug addict who accidentally pulled the trigger on her criminal boyfriend, Jonah (a slimy Diego Luna), in the middle of a burglary. That Jonah turns out to have a familial connection to some bad Mexican crime lords should be no surprise.

Though the running time is technically 90 minutes, end credits account for nearly a tenth of that. This is a quick B movie, full of practical effects that feel startlingly fresh and clever moments that are both smart and self-aware. Early on, Lydia is paying for some bullets and asks for a pack of cigarettes; the cashier requests an ID for the smokes; Lydia decides to just buy the bullets. In another scene, Lydia and Link have a chat about illegal immigration while riding in the back of a pick-up full of… illegal immigrants.

There’s no doubt that Richet knows who his (former) movie star is and how to best utilize his presence here. From his intro and onwards, Gibson’s entire turn as Link plays like a grungy confession from a man tired of saying sorry. Every crease in Gibson’s worn, leathery face is on display, each one a scar for some sin he’d rather not talk about but will never be able to escape. Between this, the underrated actioner Get the Gringo, and his recent turns as “schlocky baddie” in schlocky bad movies (The Expendables 3, Machete Kills), the actor appears more than aware of his commercial limitations and more than willing to offer his best to whoever’s still willing to watch. Retro-fitting into genres past while exploiting full-blown nostalgia has emerged as a successful business model all its own these days, evidenced by everything from Stranger Things to Ghostbusters to the upcoming Splash remake. Is evil Mel Gibson in an exciting, ’70s-esque, semi-exploitation film worth it? Blood Father makes a good case.