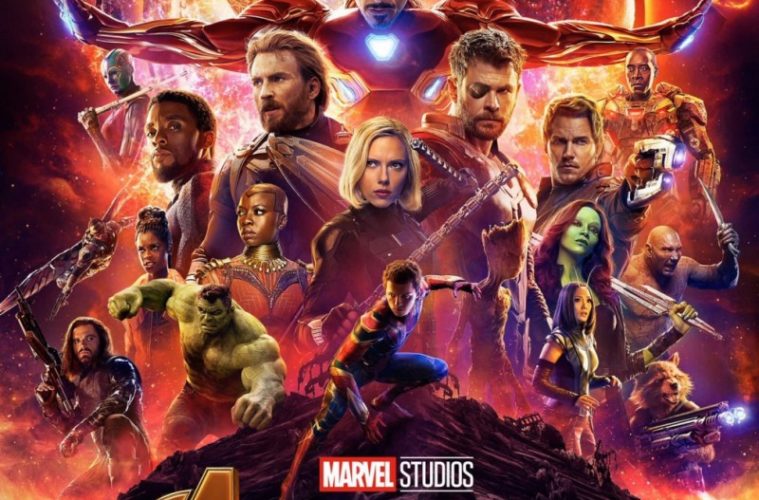 Review: ‘Avengers: Infinity War’ is an Operatic Beginning of the End

After toying with the mortality of its ensemble in every single film across its now 10-year franchise, the Marvel Cinematic Universe has finally reached a point of no return. Another decade’s worth of teases would only further dilute each life-threatening set piece, and so just as the sweet kiss of death will come for us all, it, too, must come for our costume-donning stars. This being a Kevin Feige/Russo brothers production, however, it’s not all grimace-laden battle cries and dour squabbles. Rather, Infinity War, with its now meme-famous descriptor as the “most ambitious crossover event in movie history,” offers ample space to revel in numerous superhero meet-cutes. Shooting character introductions with more bombast than most of the action, this is a blockbuster that knows its audience’s history with these heroes and effectively pulls all the behind-the-scenes strings to orchestrate the most operatic impact.

Escaping both the inert, wheel-spinning narrative of its predecessor, Captain America: Civil War, and the chaotic convolutions of Age of Ultron, Avengers: Infinity War manages to both follow a coherent through line and have clearly defined (and felt) stakes. There’s the baddest of the baddies, Thanos (Josh Brolin), and his straightforward goal: collect the last of the Infinity Stones. Once amassing all six (Mind, Soul, Space, Power, Time, and Reality), he plans to demonstrate his “mercy” and wipe out half of the universe’s existence with the snap of a finger. Thus it’s up to (almost) every hero we’ve spent endless hours with to band together and put a stop to the all-out destruction.

While that synopsis may sound like a cut-and-paste setup for any number of prior movies in this series, Thanos’ danger is more palpable. He can debilitate the Hulk with a few taps, and crunch Thor’s head with one hand. As he says, there will be “no resurrections” this time around, and the opening scene shows he’s not one to make idle threats. Not fully escaping Marvel’s villain problem that was ever-so-briefly cured with Killmonger, Thanos’ motivation of accruing Infinity Stones is a fairly tedious one, but Brolin does bring an irreverent fury to the role — imagine a jacked-up Bigfoot Bjornsen with more rage and power. As with most Marvel outings, the story soars when it focuses on our virtuous world-savers, and Christopher Markus and Stephen McFeely’s script is more patient than expected in building up to the culminating battle, while never forgetting to bring the prescribed dose of humor along the way.

Worth the price of admission alone for some, seeing the Guardians of the Galaxy collide with the Avengers has its charms — especially since there’s no ship big enough to contain the suave egos of both Star-Lord and Thor. Back on Earth, Bruce Banner / Hulk has returned from an otherworldly tour, and an impotence metaphor (as it relates to his trouble going green) gets a healthy amount of comedic mileage. A subplot with Vision aims for more emotional weight, but it’s not as successful, especially when it leads to a convenient third-act decision. With the Marvel-mandated cone of silence when it comes to further developments, there’s little point in going into detail about each character as the film’s driving thrust is seeing their banter and how these heroes coalesce for the greater good, but, rest assured, the initial comfort is met with impending dread in effective ways.

As for the visual approach, the Russos and cinematographer Trent Opaloch don’t bring much new to the table, especially when it comes to the set pieces. There’s some early promise when New York City gets attacked (yet again) and we’re squarely on-the-ground as our heroes discover the threat. As the group moves through the city streets, it’s a welcome if all-too-brief point-of-view to see the precise damage of the chaos conjured by our villains. Yet, by the end, it’s more of the same. Hordes of nameless creatures invade, and much punching and shooting occurs – the second-unit crew capturing it all with a nondescript touch, guided by the exhausted idea that more cuts equals more thrills. The VFX-heavy climax brings a certain tedium, but at least there’s not the expected string of drawn-out endings.

After the legwork of the prior 18 films and all the formulaic, stakes-free predictability that setting up this universe entailed, Infinity War coasts on the confidence of knowing they can now start to knock these pieces down. By not over-burdening things with needless detours, this is the most straightforward the Marvel universe has been. It’s also clearly the first half of a finale, and, to Marvel’s credit, the final moments toy with our initial expectations in a foreboding way previously absent from this universe. This story may be on its last legs, but as table-setting for an even bigger threat, Infinity War daringly leaves more questions in the air. The way this world ends looks to be not with a bang, but a whimper.