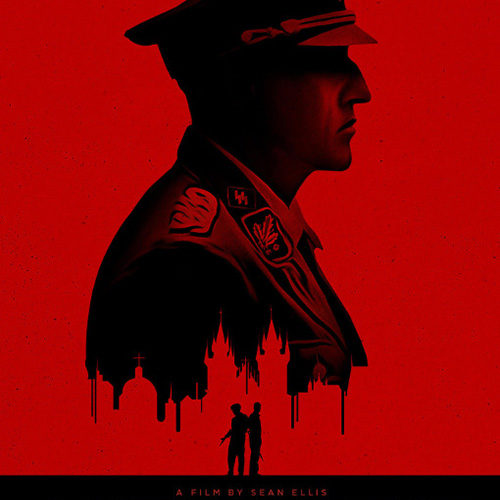 Throw a dart at a map, and you can make a World War II movie set in whatever place you hit. Of course, pretty much any film about the Good War that doesn’t focus on the American (sometimes British) point of view of the conflict will probably seem “random” to the mainstream; one odd side-effect of Hollywood’s Oscar-baity love of the era. But there are literally thousands of facets of World War II that have relatively little cultural exposure. And despite the fact that Anthropoid is the sixth film on its particular subject (with a seventh, the bafflingly-named HHhH, imminent), if you quizzed a random person about Reinhard Heydrich, the Nazi occupation of Czechoslovakia, or Operation Anthropoid, you’d likely get blank stares. Which is a shame, since it’s a riveting story. It’s even more of a shame that Anthropoid can’t do it justice.

The namesake military operation was carried out by agents of the Czechoslovak government in exile from 1941 to 1942, as native paratroopers infiltrated their conquered homeland in order to assassinate Heydrich, the Reich-Protector of the region. Heydrich was one of the Nazis who basically embodied all of their most frighteningly evil characteristics – Hitler himself (Hitler!) described him as “the man with the iron heart.” He was one of the masterminds of the Holocaust and oversaw a brutal regime in Czechoslovakia. Confined as it is by budget, Anthropoid informs the audience of this via intertitles and leaves Nazi atrocity mostly off-screen. Instead, it stays with the paratroopers, mainly Jozef Gabcik (Cillian Murphy) and Jan Kubis (Jamie Dornan), as they prepare for the assassination.

As wartime thrillers go, Anthropoid is disappointingly limp. The plot to kill Heydrich wasn’t terribly complex, but rather than fill the solid hour or so of runtime leading up to the attempt with, say, an exploration of life in Prague under occupation, the movie mostly streeeeetches out each development in the plan. The various figures of the Czechoslovak resistance, from the main characters to leaders like Jan Zelenka-Hajsky (Toby Jones), are mostly righteously grim ciphers. The most intriguing figure is Anna Geislerova’s Lenka, a steely resistance foot soldier who’s given not nearly enough to do and has a “romance” with Gabcik apparently missing all of its actual romantic scenes. The story starts cooking after the attack on Heydrich finally goes down, and the screws start drawing inward on the characters. As each avenue for escape is shut off and each ray of hope is snuffed out, the film at last delivers some honest-to-god tension. Even then, however, it’s numbed. Gabcik and Kubis rendezvous with their fellow paratroopers for exfiltration, but they are all essentially indistinguishable from one another. With their main mission out of the way, the viewer is given little reason to care what happens to them now. There is of course the elemental, even primal motivation of survival, but trying to make that the main hook while also paying lip service to higher ideals of sacrificing all for one’s country is a ruesome contradiction. If there’s a central ethos to Anthropoid’s view of war, it’s a vague idea about how a soldier is obligated to fight to the death before giving up, embodied by how some characters pop cyanide capsules when cornered while others wait until they’re down to their last bullet before they cease. But even that isn’t given real thought.

Aesthetically, Anthropoid is a model of respectable period recreation, making the best use it can with limited locations to embody the time and place – even if, again, the attempt to replicate the mindset of the time, which I’d argue is far more important, is half-assed. Prague hardly comes alive as a place, appearing generically European, almost an archetype of the World War II city. It’s like a live-action Call of Duty stage — although playing Call of Duty would be more exciting than this. Though the assassination attempt and the paratroopers’ last stand are both staged decently enough (the latter sequence is at least rousingly loud), that this movie hits its peak at “decent enough” doesn’t speak too well for it.