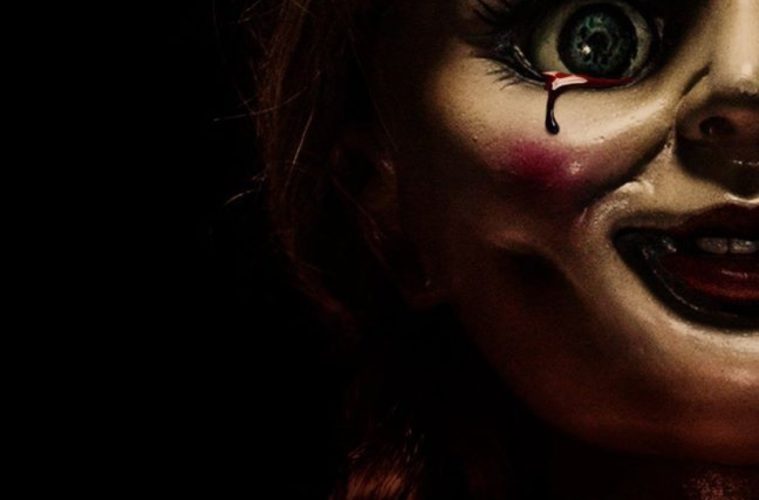 The doll is creepy; there’s no use in trying to dispute that. Even when John (Ward Horton) first brings it home to his pregnant, doll-obsessed wife, Mia (Annabelle Wallis), there’s something about its pinched, child-like profile and antiquated, moldering dress that seems off-putting. We wouldn’t trust this particular doll, even if we hadn’t seen it previously in the opening to James Wan’s The Conjuring; even if it hadn’t been an intrinsic part of a Satanic ritual, or started spouting green rot and appearing in disconcerting places it shouldn’t be. Some dolls were just made bad, and Annabelle is one of them.

Helmed by The Conjuring’s cinematographer John R. Leonetti, Annabelle, the film, has not been badly made and sports competently eerie direction. Of course, it isn’t really good either, partly because it never tries to explore or understand that idea that the doll could be potentially disturbing–psychologically and spiritually—without the need for bargain basement creep-show theatrics and dodgy computer animation. A doll can suggest evil and malevolence without really being such because it has a face, and therefore a suggestion of character, which begets the faint imaginings of a personality. We look at Annabelle and wonder who made her, why they made her that way, what urgings or ideas moved their hand in this direction? The troubling dummy from Ealing’s Dead of Night and the silent, judging clown from David Fincher’s The Game remain top-notch examples of chilling objects of dread without full-blown supernatural tendencies. Of course, Leonetti, trying his best to cash-in on the same domestic paranoia that was absolutely crawling all over The Conjuring, keeps the over-the-top demon antics in the foreground and pushes the mysterious nature of Annabelle into the background. The doll, afterall, is just a conduit for a force that wants to threaten serious harm against Mia (yes, it’s a Rosemary’s Baby reference), her husband and young baby.

No amount of stylish devilry can hide the fact that Annabelle is a quick, cheap rehash designed to keep The Conjuring franchise vibe alive until we get The Warrens back in a proper sequel. Cheap, however, doesn’t automatically negate the potential for fright, and there’s shivery fun to be had with some of the film’s set-pieces. An early assault on the house by the aforementioned Satanists is cleverly staged and executed, with Leonetti’s camera evolving to a kind of deranged beast that stalks the film’s participants, good and bad, through the house, around corners and down narrow hallways.

There are low-tech frights like a rocking chair, an elevator door, and most amusingly, a popcorn popper. A creepy scene in a basement storage unit is a good nail-biter, until a poorly rendered devil ruins the suspense. One sequence, involving the dark force hurling books down on a defenseless baby, goes a bit too far into child endangerment to be anything other than distracting. The acting and the writing, on the other hand, feel like second thoughts to the jump scares and this immediately neuters any lasting effect the movie might hope to generate. Both Horton and Wallis fail at tapping into the fraught mindfield of parental anxiety, while Alfre Woodard, as a grieving bookstore owner, offers the only trace of individuality to be found in Annabelle.

Annabelle, at its heart, feels like it should be part of an anthology collection, clocking in at twenty or thirty minutes, instead of at feature length. In its current form, the bloat and lack of imagination cause the flick to drag in several places and dillute the atmosphere and dread. A shorter work, that need not depend on the hyperactive demons, might have been content to focus on the sneaky implications of that unsettling doll. Imagine what might be done with a Portmanteau series based around the accursed objects acquired by the Warrens. That, at least, might be worth heading to the theater for.