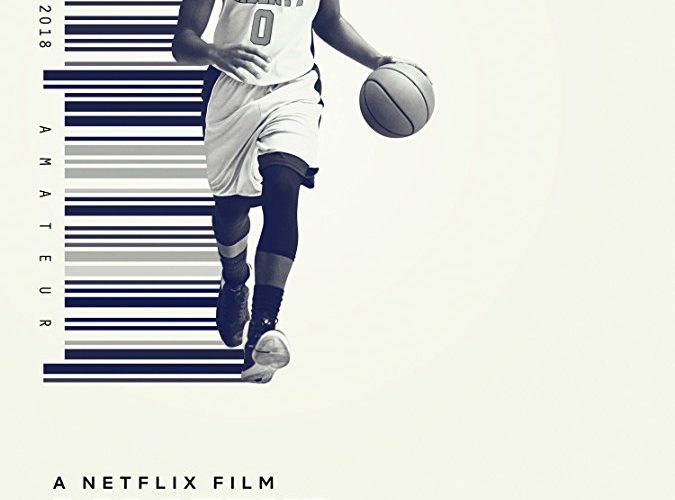 One of the most successful things in Amateur, written and directed by Ryan Koo, is the casting of Michael Rainey Jr. as the lead, a young basketball star on the cusp of fame and fortune. Or at least the chance of fame and fortune. Rainey Jr., while a very capable performer, looks the part more than anything else. His character, Terron Forte, is tender. Like so many gifted young people, his talent has arrived before everything else. In every wide-eyed look he gives, every act of faux-confidence he puts on, it is clear this is a child who has been thrust into a situation bigger than him and those who surround him.

There’s his father (Brian White), a punch-drunk ex-football player who never made it, his mother (Sharon Leal), a practical parent who is worried for her boy, and finally Coach Gaines (Josh Charles), an ambitious man driven by the collegiate industry for better and worse. When Terron hears Gaines’ pitch to leave his public high school and join the coach’s more focused, prestigious program, he jumps at the chance.

Before long, the young man is leading the team at the point position, tackling his fears and limitations one game at a time. Not long after this, the compromises begin to percolate. Koo shows off a sure hand in navigating these gray areas, leaning into Charles’ rendering of a man whose desire to succeed muddles his inherent goodness. And while Leal is saddled a bit as the moral center, she does solid work in a limited amount of screen time. White is given a bit more to do here, his character’s best intentions devolving into yet another burden Terron must face. Lensed by Gregory J. Wilson, the camera keeps up with the film’s quick pace as the aesthetic relies on Terron’s constantly capturing everything on his cell phone. It’s a device that allows for a late plot turn that should feel more forced than it ultimately does.

Koo has constructed a narrative that introduces most every element and angle that comes with pursuing athletic excellence in this country. As all of these points-of-view collapse in on themselves, Amateur becomes more effective as a whole. We’ve gotten plenty of sports films over the years, but precious few that wade into the deep, dark machinery that fuel the underdog stories and inspirational tales we love to love.

Amateur is now streaming on Netflix.