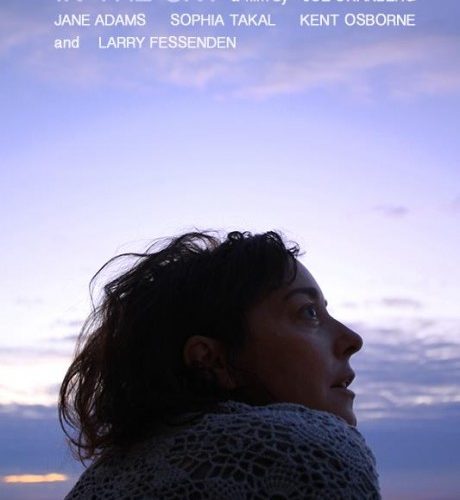 [Review] All the Light in the Sky

All the Light in the Sky, the latest film from Joe Swanberg, brings us back to his closed world of film festivals, recruiting filmmaker pals like Ti West and Sophia Takal (whose film Green played at SXSW in 2011). The problem is Swanberg’s world exist within a very contained universe, perhaps harkening back to certain art movements, even independent film movements, But after a certain point it becomes less interesting.

Reminiscent of the career of Henry Jaglom — a filmmaker I struggled to crack for years, until I saw Festival in Cannes and found myself captivated by its intimacy and frankness — Swanberg, like Jaglom, also incorporates people he meets along the way. All the Lights in the Sky bares some major similarities to Jaglom’s Hollywood Dreams, also a film about aspiring actresses, as it’s as much a Swanberg film (he co-wrote, produced, directed, shot and edited this project) as it is Jane Adam’s film. Here, the performances are all sharp, real and genuine, if not terribly complex. Shot on a low budget in one place with a small cast, All the Light in the Sky is one of Swanberg’s better works, held together by a strong performance by Adams as Marie, who brings a quirky and real presence to the screen in a film that otherwise contains a slow rhythm. The sense of place, set in Malibu, is well explored, even if the film itself ultimately doesn’t add up to the sum of its parts.

Swanberg (and co-writer Adams) provide the basic structure of the story and find the rhythm as they go. Sophia Takal arrives as a Marie’s niece, in need of some mentorship, including a wonderful scene as Marie nurses her through a hangover. The contrast in this relationship is particularly nice, as Marie is losing work to actresses like Kristin Wiig and finding herself interested in ultra low-budget indies. This isn’t the first time Swanberg has tapped this well and the film knows this world very well. This effort is one of his more interesting offerings, due to the presence of Adams, who is always wonderful to see again. However, some of the story elements don’t quite work and feel stretched out for the film’s 78-minute running time. I admire the barebones aesthetic; there are minor characters that remain undeveloped as Marie dates, including a few excellent scenes with another indie pal, Larry Fessenden.

Casting Fessenden underscores something rather fascinating about mumblecore; regional filmmakers used to cast each other in films (Fessenden is an important figure of the New York independent film scene of the 80’s), while though the magic of Skype, Swanberg was able to cast Four Eyed Monsters’ Susan Buice in an early film of his, LOL. The universe of Swanberg isn’t limited by geography (although he still does work in his native Chicago), but rather limited by the life experiences of those he encounters. Operating in a bubble is only interesting up to a certain point; his films are real in that they are reflection of the reality that he’s found himself in, but he’s missing the distance to be critical or the ambition to be curious.

All the Light in the Sky will be released on VOD and theatrically in NY and LA on December 20th.