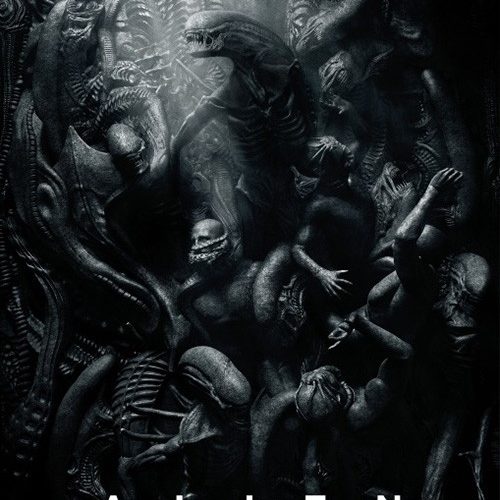 Review: ‘Alien: Covenant’ is a Nihilistic Journey into Extraterrestrial Hell

The numerous financial forces that conspired to put Alien: Covenant on thousands and thousands of screens the world over have ensured that their investment will be sold, from the title on down, with more clarity and promise than its predecessor. Whereas 2012’s Prometheus was able to get by plenty well through mysterious marketing, a very rare is-it-or-is-it-not play with decades-old iconography, Covenant is being sold, in posters and trailers and TV spots, as everything you’d expect and just about nothing that would really raise any eyebrow. Except, of course, why the nearly octogenarian Ridley Scott, after having the opportunity to go balls-out weird with his flawed, sometimes majestic sci-fi epic, would commit such time and energy to what is, at first glance, clearly a retread.

Then you get a bit deeper into the thing — such as, say, actually seeing the movie, which I think counts for a lot — and it quickly becomes clear that fans loyal to either side of this franchise can come away happy. (Count yourself as neither? This is so emphatically not the film for you.) Prometheus was sold on the basis of possessing “strands of Alien‘s DNA,” only to pretty unambiguously find itself in that world by the time a creature was cut out of someone’s stomach. Alien: Covenant is the orchestra following the overture, and not nearly as much of an “apology” as even Scott has already started indicating. Yes, it has the pieces people wanted last time around. We’ve got Xenomorphs. We’ve got Facehuggers. We’ve got bursts from the chest, along with some parts of the body whose injuries render an iconic death tame by comparison. We’ve got a badass lady on a hulking spaceship. We’ve got shady corporate interest. We’ve got an untrustworthy robot. Sixth verse, initially same as the first and second and third and fourth and fifth. But those pieces also set up a table-turning: this is an Alien movie in which strands of the Prometheus DNA can be felt at first glance — hello again, Michael Fassbender and Guy Pearce, the latter of whom has been freed from the constraints of playing elderly — only for that prequel to continue growing in influence and eventually form a full-scale sequel inside a comfy (albeit very disgusting) recollection. What emerges is an amplification of certain strengths and step-down of specific ambitions, provided you, like I, enjoyed Prometheus as a philosophically hare-brained visual and Fassbender spectacle but were a bit bored by the slimier callbacks.

Scott and returning DP Dariusz Wolski are again clearly in heaven photographing this extraterrestrial hell, resulting in a more directorially muscular work than anything he’s put forth for some time. The visual scheme consists of two key point: there is, like his previous Alien efforts, a masterful manipulation of colors and shadows formed by the many light sources (or decided lack thereof) within almost any given scene, though I’m more impressed by a pure plurality of images. Rather than the distracting multi-cam rhythm established throughout Scott’s recent reign, which sometimes has to it a sense of movement closer to sitcom than cinema, Covenant moves with tightly held compositions, hard lines, and a notable lack of repeated set-ups. It’s perhaps telling that those mostly appear during the occasional shot-reverse dialogue, for even those seem cut to a faster beat: the movie has masters to serve, but it wants to hit the juicy stuff in a flash.

Though Fassbender, who introduces the film’s human(-ish) element in two successive scenes, raises the question of why we’re going back to the well, doubly so when there’s twice as much of him to go around. After a distress call (sound familiar?) brings the colonizing ship Covenant — holding both couples and thousands of embryos headed towards a new earth — to a planet, and after crew members become infected (sound familiar?), we discover that they’ve in fact intercepted a beacon from the Prometheus, and are soon rescued by David. Alien: Covenant is wise not to take one second to pretend this malevolent robot has changed his ways in the ten years between films; the fun instead lies in just how far he’s since gone — and just how far he’ll soon go — in pursuit of…

…you can probably guess with just a quick refresher of Prometheus‘ narrative turns, though I won’t spoil every detail — perhaps because the familiar unfurling of creatures and kills makes spoilers something of a moot concept. I’ll do even less to talk about a double-entendre-filled encounter between the two androids, except to say that none of Covenant‘s big-scale thrills are staged with the joy contained herein, nor do effects dazzle more than when subtle manipulations of background, foreground, and respective halves of the screen make it possible. His supporting players are mostly stranded with rote-beyond-rote lines — “Believe me, I know wheat,” intones Oscar nominee Demián Bichir in one stab at characterization — the only real survivor, save a dependable Billy Crudup and just-this-side-of-not-comic Danny McBride, being Katherine Waterston. As Daniels (I absolutely had to look this up), she brings something somewhat new — the balance between refresh and Ripley that Noomi Rapace‘s Elisabeth Shaw (whose “return” is but one in a line of gross cruelties inflicted upon the human cast) struggled to hit upon. And, good Lord, what a vile movie Covenant is, even as an ostensible return to form for a consistently vile franchise. These more-or-less-nameless sacks of meat scream, cry, grunt, get subjected to lacerations and burns, are made the subject of post-mortem — or, worse, verge-of-post-mortem — insert shots, and make so much gooey noise when knocked down for the count. This might be a franchise first (save the rancid Alien: Resurrection) of true misery being visited upon victims, all the more so when the alien creatures are now subject to deft CGI enhancements that turn them more aggressive than ever. Watching Scott’s film might also be a fresh, overdue case for the series’ place as more horror than sci-fi; it only took an exponential increase for Alien to return to its roots.

Alien: Covenant‘s bargain is good enough: come for the Fassbenders, stay for the nihilism and grotesquerie, and emerge with at least a few questions and curiosities on your mind. (If nothing else, I’m delighted at the movie’s doubling-down on a now-clear trajectory that sci-fi’s most fearsome creature was created by a sexually ambiguous, for-some-reason-Irish-accented robot.) If Scott does, in fact, begin shooting a new film next year and this franchise is momentarily here to stay, more like this. I might find fault at every other turn, but at least they’re getting something genuine out of me.

Alien: Covenant opens on Friday, May 19.