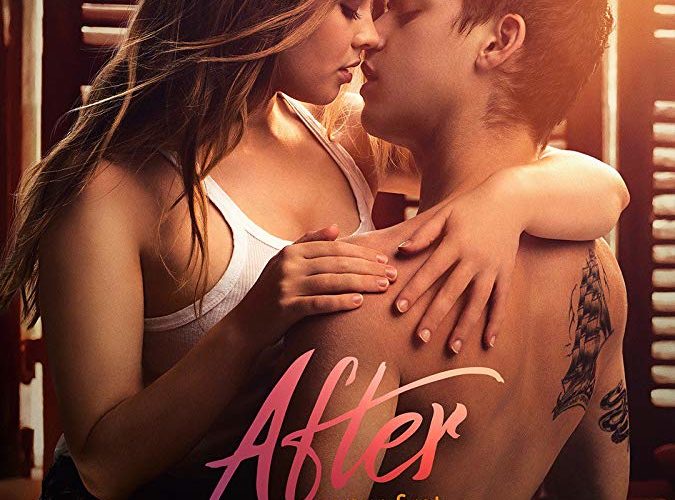 ‘After’ Review: An Uninspired Teen Drama at the Intersection of EL James, Nicholas Sparks, and Freeform

Based upon Anna Todd’s novel–which itself has been described as a work of One Direction fan fiction–After is a mild entry into the good girl takes a walk on the wild side genre that’s been the basis for countless teen romances, thrillers, and Nicolas Sparks romantic dramas. Jenny Gage, the director of the admired All This Panic–a film about the internal lives of teenage girls battling dysfunctional families, uncertain living conditions, and the general anxiety of growing up and going to college–is certainly an interesting choice to direct After, although Catherine Breillat would have been an inspired one.

Josephine Langford stars as Tessa Young, a freshman attending a generic college in the suburbs of a major North American city who leaves behind protective mother Carol (Selma Blair) and high school senior boyfriend Noah (Dylan Arnold). She’s paired in a dorm with bisexual hipster Steph (Khadijha Red Thunder) who, along with pal Tristan (Pia Mia), decide they are going to show Tessa all about college life. Tessa, of course, wants to keep her head down and focus on her studies, until she encounters Hardin Scott (Hero Fiennes-Tiffin), a bad English boy with tattoos and a Ramones t-shirt who happens to be the son of the school’s chancellor. He’s damaged goods, but you already knew that.

Apart from some witty banter over Jane Austen that shows Tessa and Hardin are brilliant, what follows is an endless stream of montages set to contemporary pop music that do the heavy narrative lifting. What could have been an intelligent psychosexual erotic coming-of-age drama that took itself seriously–and certainly the cast seems game despite the problematic script–instead becomes a mess pandering to its core audience. The film plays it too safe and as a result it never quite develops its leads, let alone Steph whom we know so little about. After feels like a lost opportunity from a filmmaker who spent several years chronicling contemporary young adults. Perhaps fan fiction, a work of fantasy and projection, doesn’t always translate well to the screen.

After contains too many familiar beats, the predictability of which makes the stakes feel significantly lower. Sex and romance only mildly equal pleasure for conflicted Tessa, while intimacy and communication are driven too often by the lyrics of The Fray and Bea Miller. The film arrived with some controversy as Harden proves to be emotionally manipulative and controlling throughout while the film resists truly unpacking Tessa’s feelings and perspective. It’s a shame Gage and screenwriters Susan McMartin and Tamar Chestna resist nuance in favor of narrative efficiency and it does a disservice to its audience.

Beautifully shot in Instagram-filter inspired hues by Tom Betterton and Adam Silver, After is occasionally aesthetically pleasing. Yet the talented cast is burdened by a dead on arrival screenplay that waters down what could have been an intoxicating tale of first love had it divorced itself from its dull formula that no doubt was influenced by committee and the studio’s desire to create what they think teen and tween audiences will enjoy. If the film treated the material with gravity and frankness it might have stood a chance. It is more or less an uninspired picture that lives at the intersection of E.L. James, Nicholas Sparks, and the Freeform network.

After is now in wide release.