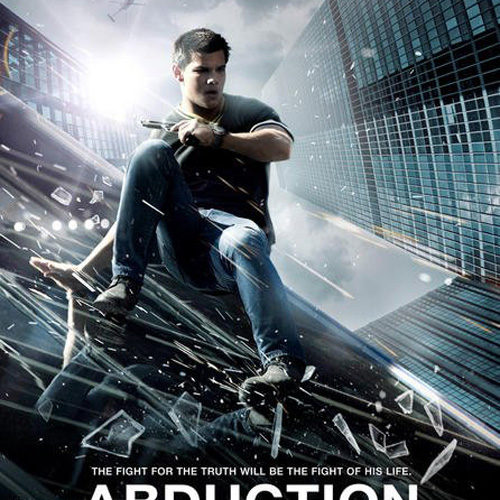 Taylor Lautner is out of his league. What works in the Twilight series – where everyone is about as human as a doll – from Mattel Inc., isn’t functional in the context of a thriller where every beat is obvious and hammered home by cinematography that leaves very little mystery. To Abduction’s credit, it’s not wall-to-wall action, despite opening with a Death Proof-inspired hood surfing scene. It’s a family drama with the absurdity, but not the humor or brilliance, of Nicholas Ray.

Directed by John Singleton and featuring a cast who are too good for the film’s wooden leading man – including Maria Bello, Alfred Molina, Jason Isaacs and Sigourney Weaver – Abduction is the story of a thrill-seeking, privileged high school senior. Nathan (Launtner) resides in a lovely suburb of Pittsburgh. The thrill-seeking should be a tell-tale sign, as he spars with his “father” (Isaacs) trading quips like, “be careful when you break the rules, you don’t know what you’ve unleashed” when the match turns from casual boxing to MMA. His mother, played by Bello (what’s she doing here?) stands by and comments, “my boys” with a big grin.

Nathan is also in therapy for anger management and told to suppress early childhood memories by his psychologist played by Weaver. Singleton has a good deal of fun with these scenes, which are reminiscent of Alfred Hitchcock and Ray– allowing his camera to linger for longer than strictly catering to moviegoers suffering from ADHD. Despite what the trailers will have you believe, this is more Hitchcock than Michael Bay.

Tasked with research online for a 10-page research paper for sociology class and assigned his gorgeous next-door neighbor Karen (Lily Collins) as a partner, they stumble on an online directory of missing kids with age-morphed photos, and call in. This sets off a chain reaction and the action elements kick in, his parents are killed and Nathan – given all the training by his alleged dad – springs into action.

The film isn’t essentially a long chance, the way the last hour of Transformers: Dark of the Moon is, but it’s standard issue up until the finale, which is featured heavily in the trailers (at PNC Park). Of course Nathan and Karen get together, but a film such as this, no matter how skillfully crafted (and it’s slick and polished) depends on the likability of the leading performers. Collins isn’t bad – she performs as required. Lautner, who can throw a pretty good punch, is otherwise one-note. For a film that has more dramatic scenes in still, quiet rooms than big action set-pieces, a strong performer who can hit various levels is required. In addition to a rewrite or two (the bland dialogue that cuts right to the exposition doesn’t help either), what Abduction really needs is a new casting director.