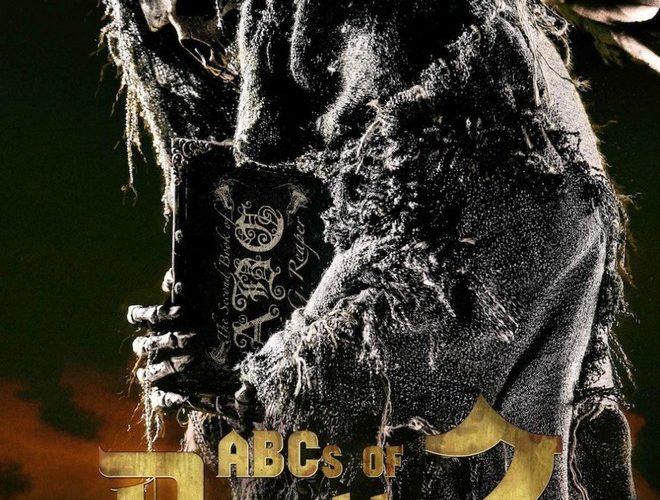 Conceived by Ant Timpson, and produced by Drafthouse Films and Magnet Releasing, the ambitious horror anthology ABCs of Death featured 26 shorts from both unknown and established directors from 15 countries. The successful entries ranged from playful to artful – Marcel Sarmiento pitted man against beast in his super slo-mo narrative D is for Dogfight; husband-and-wife duo Bruno Forzani and Héléne Cattet teased at the fever dream-like beauty of their then unreleased feature Strange Colour of Your Body’s Tears with the hyper-sensual O is for Orgasm; and fellow anthologers Adam Wingard and Simon Barrett (V/H/S) lamented the limitations of their chosen letter with the reflexive Q is for Quack.

But for the most part, the film was an exercise in self-torture, with many segments pushing gratuitous female nudity, literal toilet humor (guess what the letter “T” stands for), and other insufferable puerility – there were multiple instances when I found myself counting up to a letter, only to cry out, “N! I have 12 more of these things to go!” To assume that the sequel would dole out another generous share of lazy, poorly produced tidbits was more than fair. To my surprise, ABCs of Death 2 exceeded expectations with a more focused and diverse (Nigeria, Lithuania, and Israel are among the many nations represented) approach to showcasing world horror cinema. The journey begins auspiciously with A is for Amateur, Cheap Thrills director E.L. Katz’s amusing contribution about an assassin whose hit doesn’t go quite as planned. With each subsequent letter, it soon becomes clear that, unlike its predecessor, whose schlock was geared mostly toward the juvenile male set, the second outing takes itself more seriously.

The new addition strives for quality by delivering a varied and imaginative mix elevated by higher production values and tighter storytelling. Some provide a few giggles, including Robert Boocheck‘s visual setup-and-punchline M is for Masticate, while others supply commentary with their murders, such as Dennison Ramalho‘s provocative and gratifying homosexual revenge fantasy J is for Jesus. Bruno Samper and Kristina Buozyte achieve a truly frightening, nightmarish vision with the style-heavy K is For Knell, while Todd Rohal takes a page from David Lynch with the cartoonish P is for P-P-P-P-Scary.

The good continues to outshine the bad with renowned animator Bill Plympton‘s ill-fated makeout session H is for Head Games, Robert Morgan‘s grotesque stop-motion tale D is for Deloused, Julien Maury and Alexandre Bustillo‘s infanticidal X is for Xylophone, and Julien Barratt‘s monster movie B is for Badger. But the most impressive works manage to eschew cheap shocks without sacrificing boldness – a child’s playset becomes a little too real in W is for Wish, Steven Kostanski‘s clever take on 1980s toy commercials, while Chris Nash packs a final, unforgettable punch with the series-ending Z is for Zygote, a jaw-dropping indie about a very overdue pregnancy. While there’s more than enough worthwhile gore to go around, a few uninspired moments sneak in to devalue the bunch. The previous film’s misogynistic overtones make an unwelcome return in Alejandro Brugues‘s glorified beer commercial E is for Equilibrium and Jerome Sable‘s V is for Vacation, a repellent piece that fails in its attempt to vilify alpha bros by wallowing in its own vile, racist sadism. Other weak links, such as the kangaroo court thriller C is for Capitol Punishment, bore rather than offend with tired concepts and uncreative kills.

Despite a few missteps, ABCs of Death 2 promises a brighter future for an anthology progressing into sequel territory. For the sake of its stigmatized horror genre, let’s hope that the franchise continues to mature and offer up more bite-sized terror in the years to come.

ABCs of Death opens today in theaters and is available to stream on VOD.