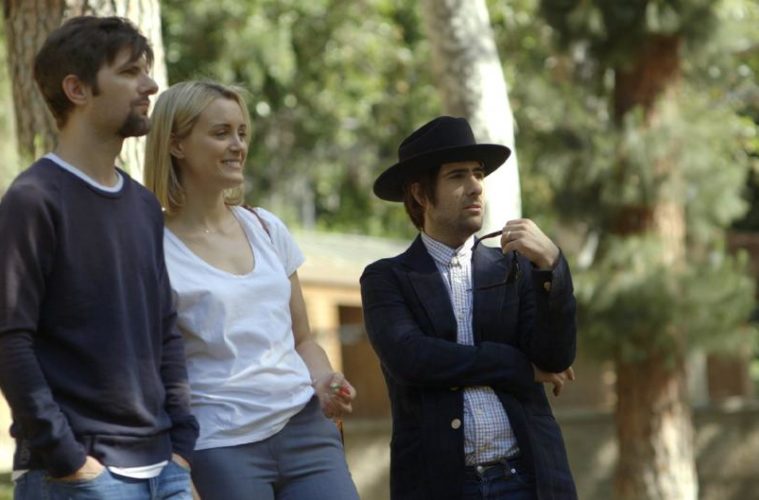 Premiering at Sundance earlier this year was Patrick Brice‘s engaging and bizarre new comedy The Overnight. As with the majority of Duplass-produced features, we follow a couple (Adam Scott and Taylor Schilling) past their honeymoon phase, but before a level of veritable maturity. Having recently moved from Seattle to Los Angeles with their sole child, they are looking to make friends, which they end up finding at a local playground. Arriving with an over-confident presence is Kurt (Jason Schwartzman), a man of mystery and random knowledge who immediately attracts (or rather, effectively coerces) the couple to come to their house for a night of pizza so their children can bond. Ahead of a release this summer, we now have the first red band trailer.

We said in our review, “Told on an small scale mostly in one house, The Overnight is an entertainingly swift watch, with more or less a single book-ended punch line and a substantial deal of offbeat humor in the middle. Outside a very specific sequence, it’s hard to imagine the experience staying with one for much longer than its duration, but Brice is able to engineer enough endearing fondness in his characters that no matter how preposterous the night gets, we’re rooting for the quartet to solve their individual insecurities.”

Check out the entertaining trailer below, but we’d recommend only watching the first half or so, as some great bits get spoiled. There’s also an hours worth of interviews with those involved for your viewing pleasure.

The Overnight opens on June 19th.