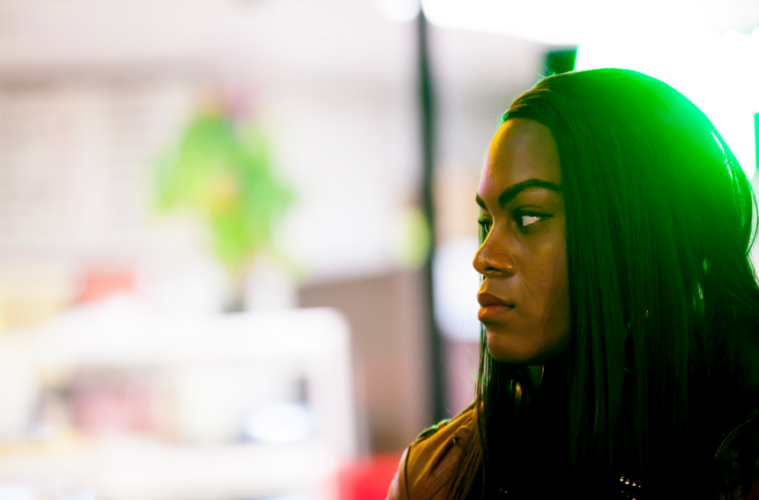 Along with very possibly being Michael Haneke’s greatest work, Code Unknown so impresses in combining the helmer’s typically “austere” dressings and grim worldview that even many of his vocal detractors are left stunned. (Not all, of course, but there’s just no getting to certain people.) A freer work than, say, The Piano Teacher or Amour, it uses the well-known hyperlink form (which he himself worked with in 71 Fragments) but elevates above almost all of its brethren for hardly bothering with closure or traditional coherence. The possibilities of its narrative feel endless, making it a wise, worthy addition to The Criterion Collection. How much the various interviews with Haneke, a documentary on his creative process, an essay by Nick James, and a discussion with Roy Grundmann open the movie remains to be seen. What matters is actually seeing the thing. – Nick N.

Je t’aime, je t’aime is often characterized as a time-travel movie, and that’s a bit misleading. This is not a story where the hero repairs his fractured past with critical foreknowledge and a handy years-hopping device — it is about as far from that as we could get, actually. Alain Resnais’ 1968 film finds emotional-sensory power in experiencing events (sometimes multiple times over in a very short span) that we know will lead to love’s disintegration or, worse, are mired in the aftermath. And Kino’s Blu-ray is not only an essential release because it finally makes this exceptional work widely available; it’s also the amount of care that’s been put into the disc. This transfer, perhaps the best Je t’aime, je t’aime has ever looked — if nothing else, it supersedes the restored 35mm print I saw last year — makes the sense of place all the more immediate: clothes, bedspreads, books, grains of sand, and the wacky technology setting this story in motion are now almost ready to be grasped with your hands. The selection of features is small and intimate – a short documentary about the partnership between Resnais and screenwriter Jacques Sternberg helps contextualize the film — while Jonathan Rosenbaum’s booklet essay is strong as both a historical and critical overview. Outstanding work all around. – Nick N.

To be upfront, the version of Trainwreck I saw at SXSW was, like Neighbors and Bridesmaids in previous years, a work-in-progress. It hasn’t been locked and small tweaks — or possibly big ones — could be coming, but if it’s similar to Universal’s aforementioned premieres, the film is likely near-finished. As it stands, Judd Apatow’s latest is a hilarious and seemingly perfectly timed picture that announces Amy Schumer as a force to be reckoned with in the comedy world for years to come. It seems only natural that this vehicle, which she headlines and wrote, would springboard her, but it is also the cast around her and Schumer’s willingness to be anything but politically correct that’s part of the charm and hilarity of Trainwreck. Clearly I wasn’t alone in missing several follow-up jokes throughout the film as laughter echoed through the Paramount Theater. It’s the kind of film that should only gain more traction on repeat viewings and, perhaps unlike other work from Apatow, the pacing is excellent. – Bill G. (full review)

Top Deal: Criterion’s 50% off sale is now underway at Barnes and Noble. See our top 10 recommendations.