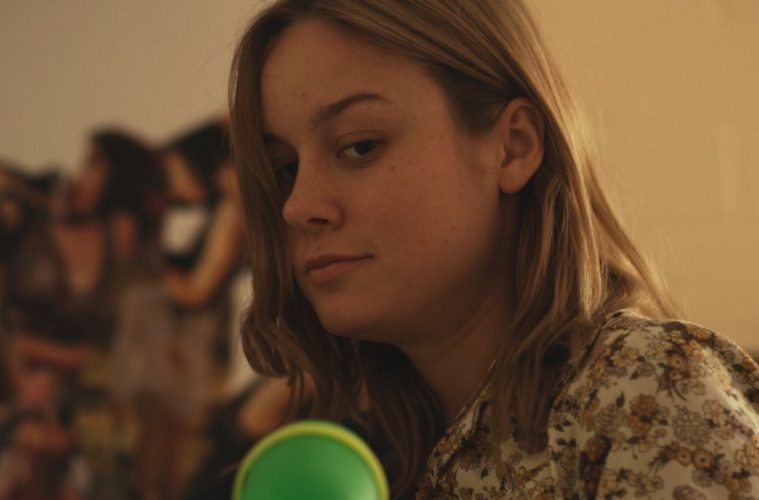 There is a (debatable?) rule, in the field of film assessment, which states that a critic should be wary of reaching beyond the text or the frame of a given film when evaluating its merits. Sometimes the situation is black-and-white: if I watched Nicole Holofcener’s Enough Said after not eating a single food item for three days, and then wrote a review claiming that the movie was so excruciating that all I could do while watching it was fantasize about my next meal, I would probably have a hard time justifying that statement to a sane reader. However, there are situations in which some leeway is welcome, perhaps even necessary, and it’s simply impossible to watch, write, and/or think about Enough Said without being aware of the fact that James Gandolfini died months ago at the age of 51. – Danny K. (full review)

In the Heat of the Night (Norman Jewison)

Starring Academy Award winners Sidney Poitier, Rod Steiger and Lee Grant, this provocative mystery thriller won five 1967 Oscars including Best Picture. While traveling in the deep south, Virgil Tibbs, a black Philadelphia homicide detective, becomes unwittingly embroiled in the murder investigation of a prominent businessman when he is first accused of the crime – and then asked to solve it! Finding the killer proves to be difficult, however, especially when his efforts are constantly thwarted by the bigoted town Sheriff (Steiger). But neither man can solve this case alone. Putting aside their differences and prejudices, they join forces in a desperate race against time to discover the shocking truth. – Official Synopsis

After making such American noir classics as Brute Force and The Naked City, the blacklisted director Jules Dassin went to Paris and embarked on his masterpiece: a twisting, turning tale of four ex-cons who hatch one last glorious robbery in the City of Light. Rififi is the ultimate heist movie, a mélange of suspense, brutality, and dark humor that was an international hit, earned Dassin the best director prize at the Cannes Film Festival, and has proven wildly influential on the decades of heist thrillers that have come in its wake. – Criterion.com

Returning to Sundance Film Festival just one year after his overlooked drama Smashed, director James Ponsoldt shows a mature step forward with his coming-of-age film The Spectacular Now. Both featuring powerhouse lead performances (with Smashed‘s Mary Elizabeth Winstead even returning in a supporting role here), his latest film feels like a wholly accomplished work, familiar in content, but one that packs an emotionally-devastating punch without an ounce of pretension. –Jordan R. (full review)

There are two bookend moments in Destin Cretton’s Short Term 12 that highlight this warm yet hard-hitting indie drama’s immense appeal. In both, John Gallagher’s shaggy, likable Mason is regaling his fellow foster home workers with colorful anecdotes from his tenure, each sunny myth interrupted by the reality of the job. Cretton, once a foster care worker, has much of Mason in him, illuminating the power of what a shared hug, hand on the shoulder, or simple impromptu birthday card may do for those who feel rudderless and alone. For all of that, he’s also got a quality that Mason, and his pregnant girlfriend Grace (Brie Larson), the real focus of Term, learn along the way; that the harsh reality of life is just as integral to our journey’s meaning as the brighter moments. Term is filled with brilliant performances, undeniable truths and an unwavering—and yes, brave—belief that there’s boldness in optimism and sophistication in unconditional kindness. – Nathan B.

German Expressionist F.W. Murnau‘s film won Academy Awards for Best Actress and Best Cinematography and remains a critically acclaimed piece of silent cinema. George O’Brien plays the young farmer who falls for The Woman From the City (Margaret Livingstone) and agrees to murder his Wife (Janet Gaynor) by drowning her. He is unable to fulfil his plan though, and is reconciled with his Wife. Together they embark on a celebratory adventure in the city (one of the most celebrated montage sequences ever filmed), but on their way home The Wife is lost overboard in a storm and believed drowned. The Woman from the City arrives to claim The Man, believing he has committed murder for her; but word arrives that his Wife has been saved and he rushes to her side. – Official Synopsis

Thief is a film of flows, one both about and made through them. Because cinema is essentially a medium that communicates the flows of movement over time (even Warhol’s Empire is based on what we see moving), thinking about this might seem a little too broad. The German film theorist Siegfried Karcauer noted his interest in cinema for showing the “flows of life,” here referring to an interest in everyday movement that has been captured in reality as opposed to being designed by a director. But Thief’s flows are, often, of a different nature — they are more attuned toward an elemental sense: the flows of light, water, metal, and more. This is what embodies Thief, now out in a spectacular Blu-Ray from The Criterion Collection, and, in particular, what embodies the larger oeuvre of Michael Mann. – Peter L. (full review)