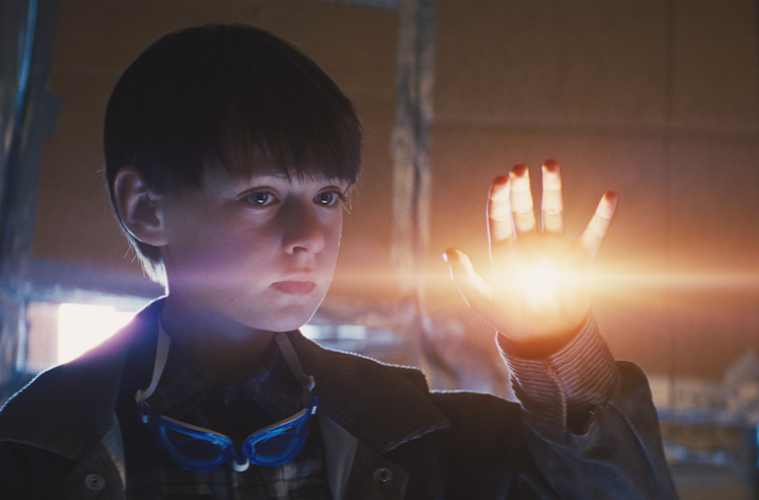 Embrace of the Serpent (Ciro Guerra)

With its focus on the effects of exploration by white men on foreign lands, Ciro Guerra’s Oscar-nominated Embrace of the Serpent will inevitably be compared to Werner Herzog’s stories of savage nature, and while Guerra is investigating some of Herzog’s most well trodden themes, the chaos of man exists in the background, while the unspoiled sit front and center here. Embrace of the Serpent centers on two explorers, separated by decades in time, searching for Yakruna – a fictional sacred plant with hallucinogenic qualities – but the movie is more about how outsiders – whether consciously or unconsciously – exert control. The repercussions of colonialism hover over the text even as these characters have “noble” intentions. – Michael S. (full review)

Nothing else has ever looked or felt like director René Laloux’s animated marvel Fantastic Planet, a politically minded and visually inventive work of science fiction. The film is set on a distant planet called Ygam, where enslaved humans (Oms) are the playthings of giant blue native inhabitants (Draags). After Terr, kept as a pet since infancy, escapes from his gigantic child captor, he is swept up by a band of radical fellow Oms who are resisting the Draags’ oppression and violence. With its eerie, coolly surreal cutout animation by Roland Topor; brilliant psychedelic jazz score by Alain Goraguer; and wondrous creatures and landscapes, this Cannes-awarded 1973 counterculture classic is a perennially compelling statement against conformity and violence. – Criterion.com

Knight of Cups, the newest film by reclusive auteur Terrence Malick, is a sumptuous sensory journey. Through montage, music, and overlapping dialogue and voiceover, the film creates an emotionally resonant sense of experience that requires no extended knowledge beyond the human spirit to understand.However, there is a deeper level of understanding that can be gleaned, and we did so here and here. – Brian R.

Ambiguity might be the most useful item in the science fiction toolbox. Blade Runner’s mysteries still rob people of sleep, and you’d need a wall chart to work out Shane Carruth’s Primer. However, when used in rash abundance — as in this latest film from Mud and Take Shelter director Jeff Nichols — the results can leave the viewer in a rather less complimentary state of bafflement. The details in Midnight Special, Nichols’ homage-heavy sci-fi thriller set in his signature Deep South locale, are sometimes so scant as to be jarring. Yes, less is often more in Hollywood, but it can also be just plain less. – Rory O. (full review)

Top Deal: A selection of Clint Eastwood and Steven Spielberg Blu-rays are under $10 this week.