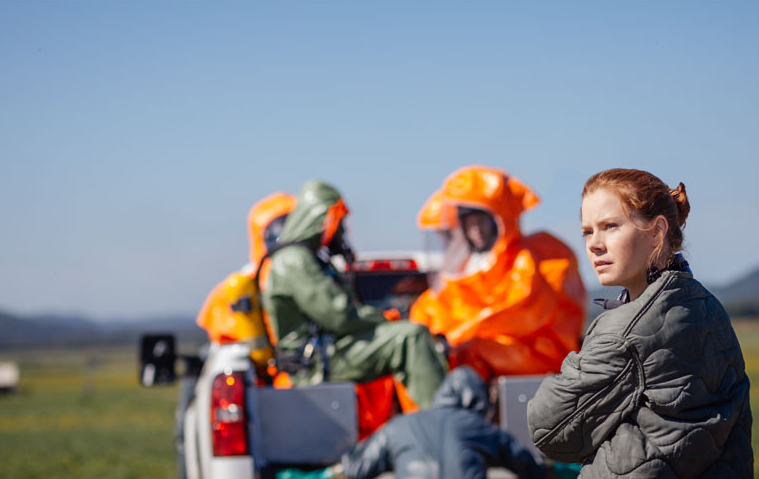 Within the alien subgenre, there lies another. Therein, knowledge is treasure and the fifth dimension is love. The major rule: once the mystery and the chills have subsided, the revelations are enlightening and the welcomes warm. Thankfully, Denis Villeneuve‘s Arrival is more worthwhile than that. The film juggles a bit of world-building with meaty, compelling characters while trying to make linguistics look cool. No easy task, but the film does so in a breeze that feels light enough to digest (props to some stellar chemistry between its leads), yet brooding enough to resonate. With some brilliant editing and narrative structure, the result is perhaps more interesting to discuss than to watch — and it’s really, really interesting to watch. – Conor O.

Say what you will about comic-book adaptations and the like, but there may not be a genre more tired in Hollywood than the coming-of-age film. Thanks to their relatively cheap budgets and aims to connect with a pre-determined movie-going (though even that is up for debate) audience, many often feel like they are hitting checkboxes and not much else. Enter The Edge of Seventeen, which depicts teenage angst with such pinpoint accuracy one wonders why it’s never been handled precisely this way before. A debut no less, writer-director Kelly Fremon Craig‘s script — which never dumb downs or generalizes the high school experience — is brought to life perfectly by Hailee Steinfeld in an emotionally honest performance that even outpaces her break-out in True Grit. – Jordan R.

Ermanno Olmi‘s three-hour-plus Palme d’Or winner is a naturalistic masterpiece and an early contender for one of The Criterion Collection’s finest restorations and re-introductions of the year. Exploring peasant life in the northern Italy area of Bergamo, Olmi captures a group of families’ struggles and minor triumphs without a shred of artificiality throughout the entire runtime. If cinema’s greatest accomplishment is opening a window to the other side of the world, The Tree of Wooden Clogs is one of the prime examples of genuine humanity. Featuring a new discussion with the cast and crew from last year’s Cinema Ritrovato film festival, as well as an hour-long TV special featuring Olmi, one of the greatest feature, however brief, is an introduction from Mike Leigh, who discusses the immense impact the film has had on him. – Jordan R.

The Assassination of Jesse James by the Coward Robert Ford (Blu-ray) – $8.59