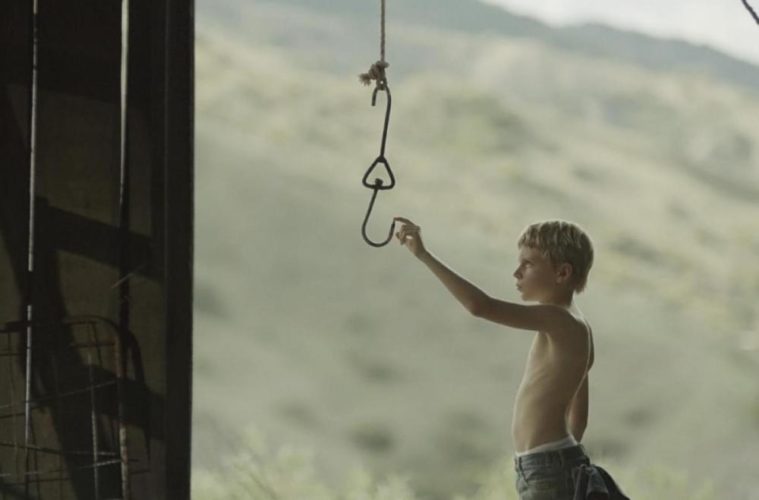 There are countless creepy kids in the annals of horror, but few effectively pierce through our psyche to produce something truly unsettling. One that perhaps could join the ranks is the lead performance by Jared Breeze in the aptly titled The Boy. After premiering at SXSW earlier this year, the first trailer has now arrived ahead of a release next month.

It’s the summer of 1989. Nine-year-old Ted Henley (Jared Breeze) and his father John (David Morse) are the proprietors of The Mtn. Vista Motel, a crumbling resort buried in the mountains of the American West. Since Ted’s mother left, John has drifted into despondency—becoming a living ghost, haunting the motel—leaving Ted to fend for himself. In this isolation, unchecked by the bounds of parenting, Ted’s darker impulses begin to manifest. The arrival of a mysterious drifter, William Colby (Rainn Wilson), captivates young Ted and the two form a unique friendship – setting the stage for Ted’s final, unnerving metamorphosis. THE BOY is a chilling, intimate portrait of a 9-year-old sociopath’s growing fascination with death.

The Boy hits LA theaters on August 14th before expanding and arriving on VOD on August 18th.