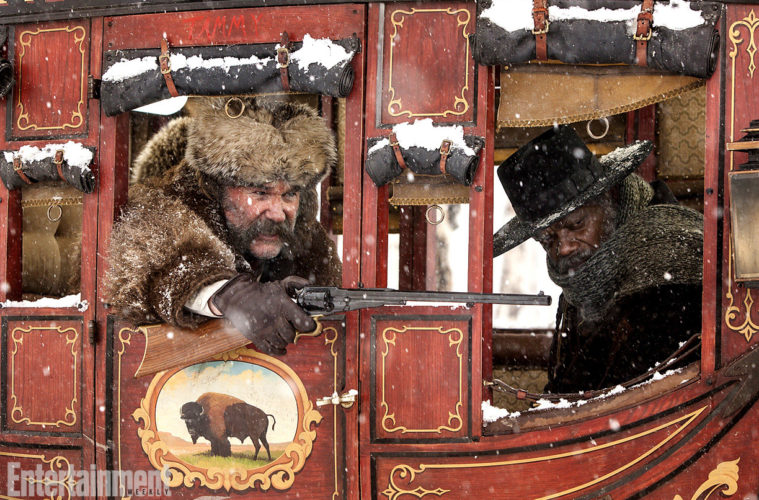 With a release date now set, we wait for the first trailer for Quentin Tarantino‘s The Hateful Eight, which will likely arrive next weekend when it stops by Comic-Con with cast and director in tow. In the meantime, we have a new image and a few more details on the project from Tarantino himself.

“I can definitely say that as bleak as our movie is, we are definitely the funniest snow Western ever made. This is funnier than The Great Silence, it’s funnier than Day of the Outlaw,” Tarantino tells EW, referencing one of his favorite spaghetti westerns of all-time. He adds, “Oh, yeah, funnier than McCabe & Mrs. Miller.” Speaking about the TV shows of his childhood like The Virginian and Bonanza, he says, “You wait the whole episode to find out, ‘Are they a good guy or are they a bad guy?’ So I thought, ‘What if I did a story that was made up of nothing but those characters?’ So there’s no good guys. There’s no Little Joe.”

The Hateful Eight opens on December 25th in 70mm.