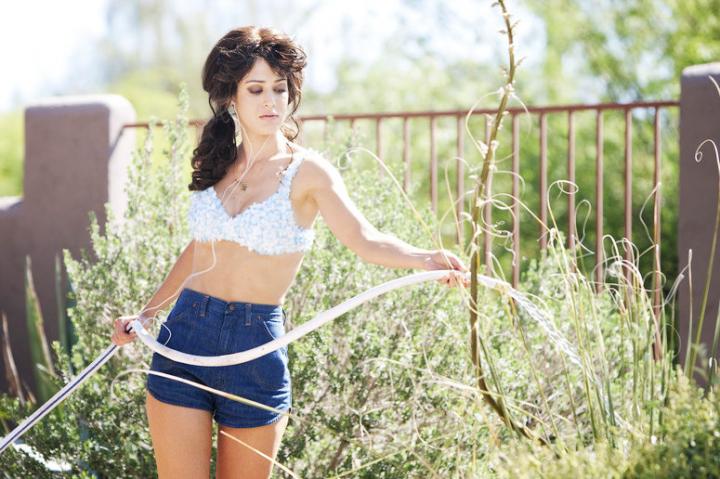 It is difficult to not fall in love with Lizzy Caplan. Another product of Paul Feig and Judd Apatow‘s Freaks and Geeks camp, the charismatic actress on gone on to star in Mean Girls, Cloverfield, Hot Tub Time Machine, and my personal favorite, the sadly cancelled Party Down.

Her latest feature Queens of Country is from writer/directors Ryan Page and Christopher Pomerenke. It notably features an original score from Modest Mouse‘s Isaac Brock and also stars Ron Livingston, Joe Lo Truglio, Matt Walsh, and Tool lead singer Maynard James Keenan. After posting some photos, we have the first trailer from their Facebook page via JoBlo, and it can be seen below.

Living in a fantasy era long gone and obsessed with old time country stars, the prettiest girl in a small Arizona town finds a lost iPod filled with songs that speak to her sensitive heart. Jolene Gillis is convinced the owner is her soul mate and she is thrust into a sexy, heartwarming and hilarious adventure of mistaken identities, ATVs, line dancing competitions, kidnappers, time machines and doppelgangers.

Queens of Country doesn’t have a release date yet, but expect it to turn up on the festival circuit.