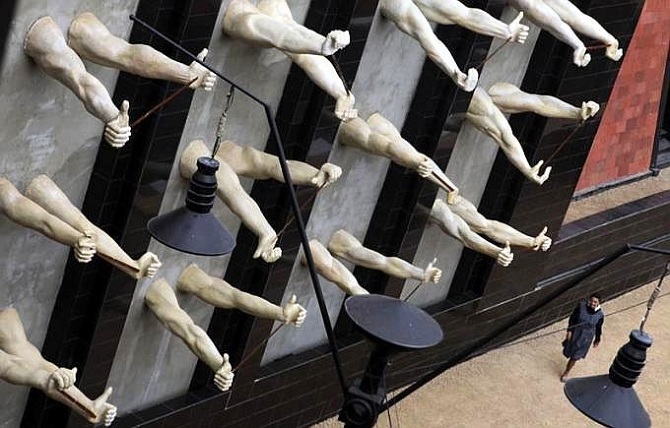 Tell somebody there’s a forthcoming film based on the life of a Nobel-winning scientist and their reaction, after years of one awards-hungry title whose interests in cinema are far smaller than their interest in ephemeral plaudits after another, is probably muted. Evidence of any way it expands the familiar scope even a little bit seems notable; those show up every so often. But there’s probably never been anything like Dau, a very long, very mammoth, perhaps actually insane production from director Ilya Khrzhanovsky that saw actors and crew, styled in period-accurate material, recreate Soviet-era Moscow in a 130,000-square-foot warehouse for a number of years — during which time they neither could neither leave nor speak of the modern world — until 2011 and underwent all sorts of post-production finangling, reportedly with “feature films, TV series and a slate of science and art documentaries, as well as a trans-media project” in mind. Courtesy of GQ, public only has one official look into the project, but it is a revealing — sometimes terrifying — one.

Something is coming soon: writer Siddhant Adlakha stumbled across the first preview for the project, which has grown into 13 movies and “a slate of series” and can be experienced in some form this Autumn. Mostly consisting of black-and-white stills and an ominous voiceover, the trailer (if it can truly be called that) entices — and that’s about it. And maybe, for now, something only really experienced if you live in London, Berlin, or Paris. One expects that to change. The possible paths are many.