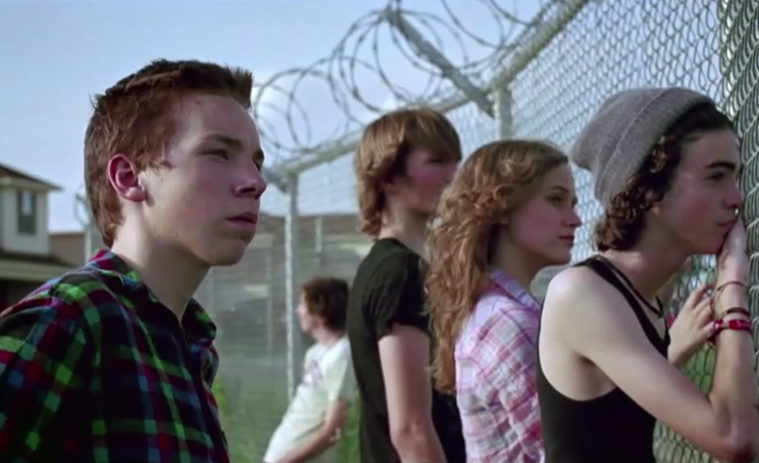 A few months ago Spike Jonze (Where The Wild Things Are, Adaptation) premiered his music video for Arcade Fire‘s The Suburbs. Then rumored to be part of a longer project, it was indeed revealed that Jonze short an entire short related to this music video. The short film will premiere at the Berlin Film Festival exactly a week from today on February 12th. We now know the running time to be 30 minutes, and we have the official poster via their site. Check it out below, as well as some quotes related to the short and the original music video below.

“Expands the music video into a film without abandoning the structure of a clip. The future has become reality. And the threat lies in the proximity of the military. Memories of a past summer.” ﻿I wish I could remember every little moment. But I can’t. Why do I only remember the moments that I do.I wonder what happens to the others. A group of suburban youths. Back then, in the summer, so long ago. They couldn’t leave town because outside the country was at war and the military controlled life and all gateways.The teenagers wander aimlessly about town. Winter is a long way off. And love and longing and friendship still mean – everything.

Are you excited to see Scenes From The Suburbs?