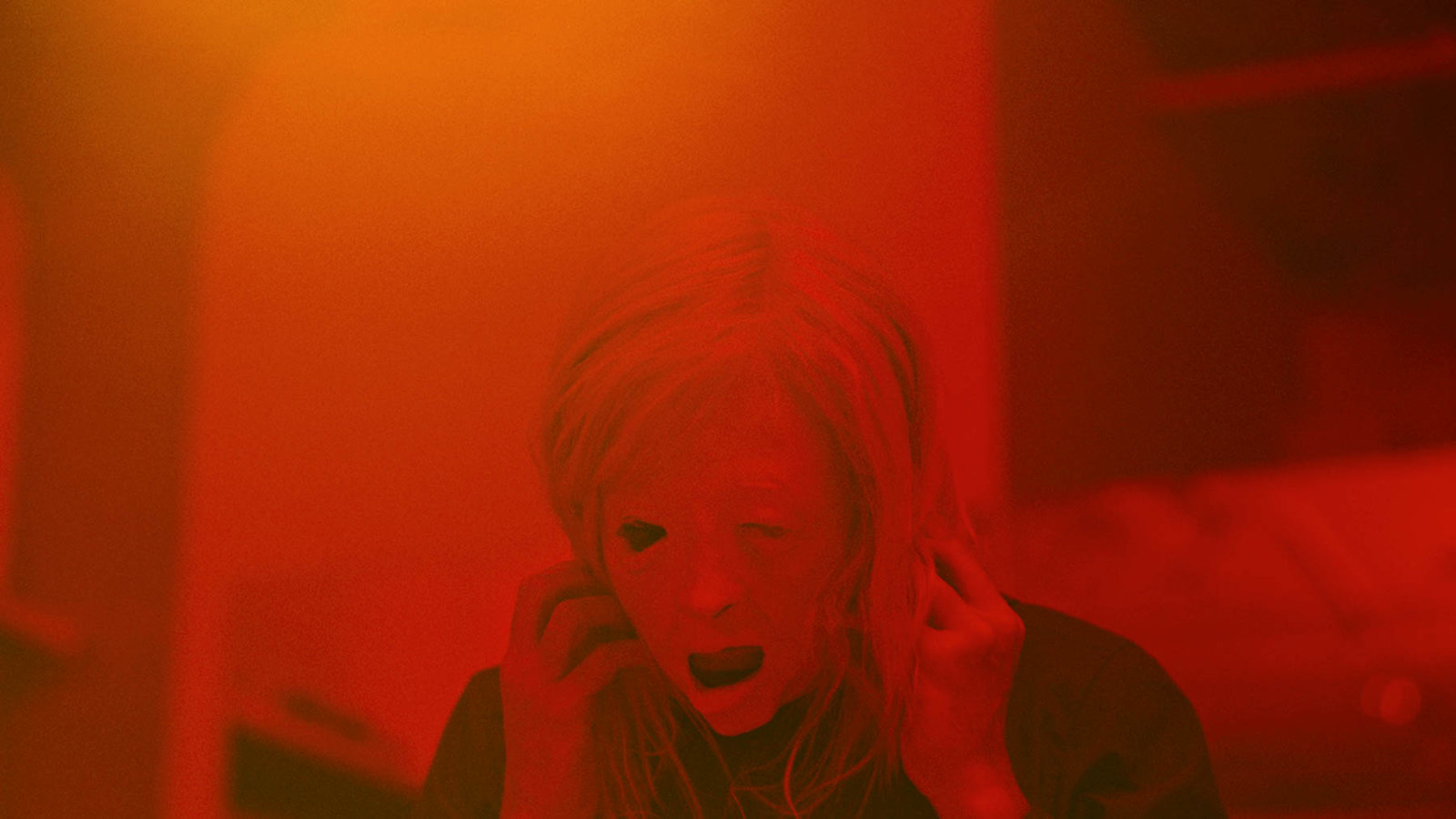 Since its world premiere at this year’s Sundance Film Festival, the people behind Possessor have been desperate for audiences to know how violent the film is. At its first Sundance screening, there was reportedly personnel at the door dutifully checking IDs, which is rare at festival screenings, especially when the film hasn’t yet been rated by the MPAA. As if reactions touting “serious levels of violence and gore” and “gore [that’s] impossible to shake” weren’t enough, NEON recently retitled the film Possessor Uncut. It’s a marketing ploy to hype up the film’s ultraviolence that’s particularly feeble given the film hasn’t been altered from its Sundance version at all. (According to the film’s PR team, there will be a previously unscreened R-rated version available on VOD at a later date simply titled Possessor.) Possessor Uncut––written and directed by Brandon Cronenberg, son of body horror pioneer David Cronenberg––is indeed violent. But it’s telling of how thin the film’s story is that its gory spectacle is all the marketing team wants you to focus on.

The almost wordless prologue to Possessor Uncut boldly establishes Cronenberg’s skill at provocative, compelling visual storytelling. From the very first scene, he challenges us to look away: a woman named Holly (Gabrielle Graham) stares at herself in the bathroom mirror and calmly sticks a needle into her brain (and yes, we see it in full detail). She turns up the dial of a machine attached to the needle, which puts her through intense pain, and then turns it down, which relieves it. We’re left wondering what the hell is going on––and eager to find out––as she returns to her job waitressing for an expensive party and then, out of the blue, stabs one of the guests repeatedly. You’d think she was relishing his murder if it weren’t for the fact that her face remains completely expressionless.

It turns out that Holly was being possessed by Vos, played by Andrea Riseborough in a performance so complex and intriguing she brings depth to Vos that isn’t there in the script––if only she had more screen time. Vos is an experienced special agent who possesses other bodies using brain implant technology in order to commit assassinations for high paying clients. Riseborough plays Vos as a woman who has spent so long inhabiting other people’s bodies that she no longer has an identity of her own. Before Vos embarks on the film’s ‘big mission’––assassinating businessman John (Sean Bean) in the body of his son-in-law Colin (Christopher Abbott) — we spend some time alone with Vos as she visits her husband and son. Riseborough is captivating as a woman who is an alien to herself and to her own family, struggling to act normal even though she feels totally detached from reality. Riseborough’s vacant stares and tight smiles hint at so much to explore in Vos’ psyche. Unfortunately the film never leaves Riseborough room to do so.

That’s because very quickly she’s replaced by Christopher Abbott––who plays Vos in Colin’s body––a talented actor who still struggles to live up to Riseborough’s complicated portrayal. Riseborough plays Vos’ identity crisis as a woman constantly thinking and self-reflecting; Abbott plays it as a mixture of confusion and blankness. While Cronenberg gestures at how Vos’ job has fractured her sense of self, his commitment to (admittedly effective) trippy visuals trumps his commitment to meaningfully exploring this theme.

Possessor Uncut indeed looks beautiful––in a fucked up kind of way––but despite my visceral enjoyment of its visuals I couldn’t help but wonder what purpose they served. I kept getting stuck on small details, like how Colin’s bedroom is bathed in deep blue light. It’s a cool-looking, but completely nonsensical production design choice: light of any kind, but particularly blue light, suppresses melatonin. It makes no sense in someone’s bedroom except to make the body-swapping sex scene that takes place there look extra trippy. This may seem an insignificant detail, but it’s indicative of the film’s style over substance approach.

Brandon Cronenberg might not be the wunderkind his family name set us up to hope for, but he isn’t lacking talent. His captivating visuals worked much better in short form with his previous project, Please Speak Continuously and Describe Your Experiences as They Come to You, in which he injected a dash of humor in with the body horror to great effect. I’m curious to see what he comes out with next, although I hope he sticks to the director’s chair and works with someone else’s script and ideas.

Possessor Uncut is now in select theaters and drive-ins.