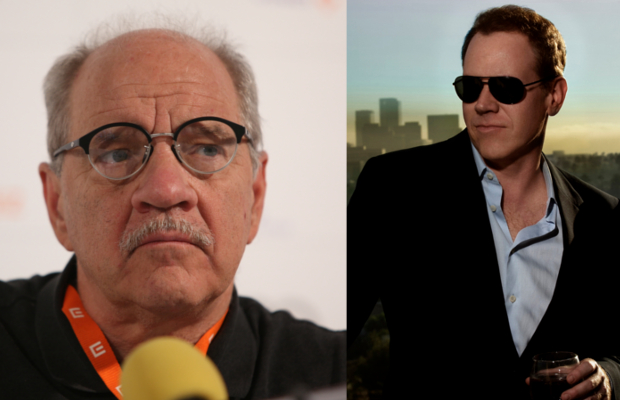 Remember when Adam Sandler teamed up with writer-director Paul Thomas Anderson for Punch-Drunk Love? Remember how oddball that particular pairing sounded? Well, THR brings us a potentially stranger one: Paul Schrader is about to team up with Bret Easton Ellis for a shark-themed thriller called Bait.

Schrader, the writer of the iconic Taxi Driver and Raging Bull, will direct the picture and collaborate on a new draft of the script with American Psycho and Less Than Zero novelist Ellis. The plot follows a “young man itching to take his revenge against the wealthy.”

The project will be a collaborating between Galavis Film, Picture Machine and Ithaka Entertainment. Producing duties will be shared by Jesus Martinez of Galavis, Braxton Pope of Ithaka and Picture Machine’s Kevin Mann and Matthew Perniciaro. International sales of the film will be handled by Lionsgate/Mandate.

Some comments on the project:

“Pairing Schrader and Ellis, two of the greatest literary minds of their generations, will elevate the genre,” says Perniciaro while Pope said the combo will “create a distinct take on a summer, youth thriller.”

This could be a lot of fun. When first-rate artists like Ellis and Schrader jump aboard what is essentially a B-grade flick about killer sharks, you can be forgiven for expecting something special. Still, Schrader has tread this territory before, in his 1982 remake of producer Val Lewton and director Jacques Tourneau‘s classic B-horror flick, Cat People. Schrader’s update has its moments, but left too little to the imagination.

Still, Bret Easton Ellis has been skewering the upper-class for a long time in his nihilistic, chilling novels. If they can successfully merge a twisted, satiric take on the class divisions with a solid shark-attack flick, this will deserve our attention.

What do you think of this story idea? Can Ellis and Schrader pull off something like this?