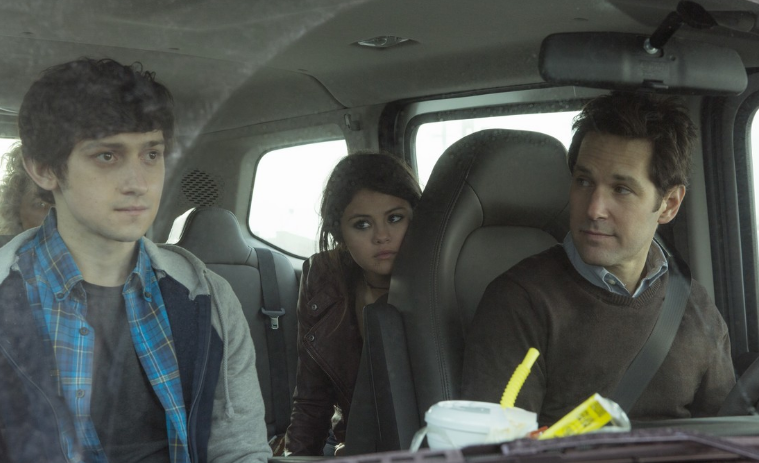 Rob Burnett, executive producer of The Late Show with David Letterman since 1996, is returning to the world of film for his second feature, the Netflix-distributed, Sundance-closing The Fundamentals of Caring. The film follows Paul Rudd’s attempt to cope with recent loss through a caregiving program. His first client is a quick-witted boy with a timer on his life (Craig Roberts) who falls for a girl on their road trip (Selena Gomez).

We said in our review,”Roberts especially shines as Trevor, continuing his vein of sardonic types he played before in his breakout film, Richard Ayoade’s Submarine. His performance is not about physicality (The Theory of Everything this isn’t), but Burnett’s deadpan script fits his quick-witted delivery like a glove. Rudd is good value as Ben, believably wracked by guilt over his son but also a great foil to Roberts’ bitterness.”

This second trailer promises a mixture of awkward humor, potential heartbreak, and life affirming discovery in this buddy road-trip drama. Check out the trailer below for the film also starring Jennifer Ehle, Megan Ferguson, and Frederick Weller.

The Fundamentals of Caring follows Ben, a retired writer who becomes a caregiver after suffering a personal tragedy. After 6 weeks of training, Ben meets his first client, Trevor, a foul-mouthed 18-year-old with muscular dystrophy. One paralyzed emotionally, one paralyzed physically, Ben and Trevor take an impromptu road trip to all the places Trevor has become obsessed with while watching the local news, including their holy grail: the World’s Deepest Pit. Along the way, they pick up a sassy runaway and a mother-to-be who help test the pair’s survival skills outside of their calculated existence as they come to understand the importance of hope and true friendship.

The Fundamentals of Caring will be on Netflix starting this Friday, June 24th.