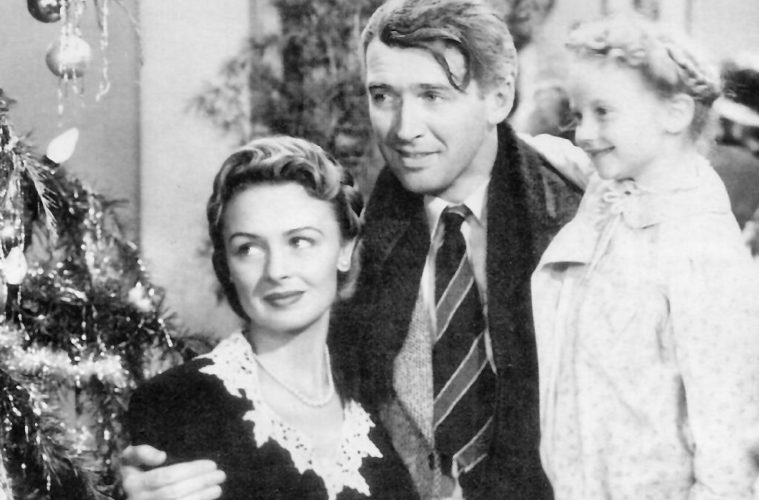 Update: Thankfully, it looks like this sequel won’t be happening. According to a report from the AP, a Paramount spokesperson said no film related to It’s a Wonderful Life can move forward with a license from the studio. They added, “To date, these individuals have not obtained any of the necessary rights, and we would take all appropriate steps to protect those rights.” So, rest easy and check out the original story below.

I suppose our tweet is nearly all that need be said, but, alas, a few details on (prepare for this title) It’s a Wonderful Life: The Rest of the Story should be filled in. As reported in Variety, Hummingbird Productions and Star Partners have combined their terrific forces to bring about a sequel, scripted by Hummingbird’s Bob Farnsworth and Martha Bolton, in which Zuzu (again played by Karolyn Grimes), now an angel, visits the “unlikeable grandson” of George Bailey (himself named George Bailey, for whatever reason) to show him “how much better off the world would have been had he never been born.”

So. While there’s no doubting that a number of folks will feel the need to raise their fists in some unquenchable anger upon hearing the news in question, two things must be kept in mind: the first, more practically, is that this may have a few too many hoops to jump through in the hopes of getting before cameras; second, more conveniently, is that The Rest of the Story (Christ, that subtitle) might easily go unnoticed by yourself. It’s one thing that Hummingbird appears to be a relatively small-time outlet — likely, too, one pushing this forward solely because of the attention it will (and more than has) received — and that they might talk about a budget positioned between $25 million and $35 million, finding a director, or bringing back Jimmy Hawkins and Carol Coombs (Tommy and Janie Bailey, respectively), but it’s all an awful lot of work for a movie seemingly no one hopes to see. Not that it’s really ever stopped people in the past.

Do you see any potential in a follow-up to It’s a Wonderful Life?