Out of the Blue Review: Dennis Hopper’s Restored Classic is an Unnerving Descent Into Moral Decay 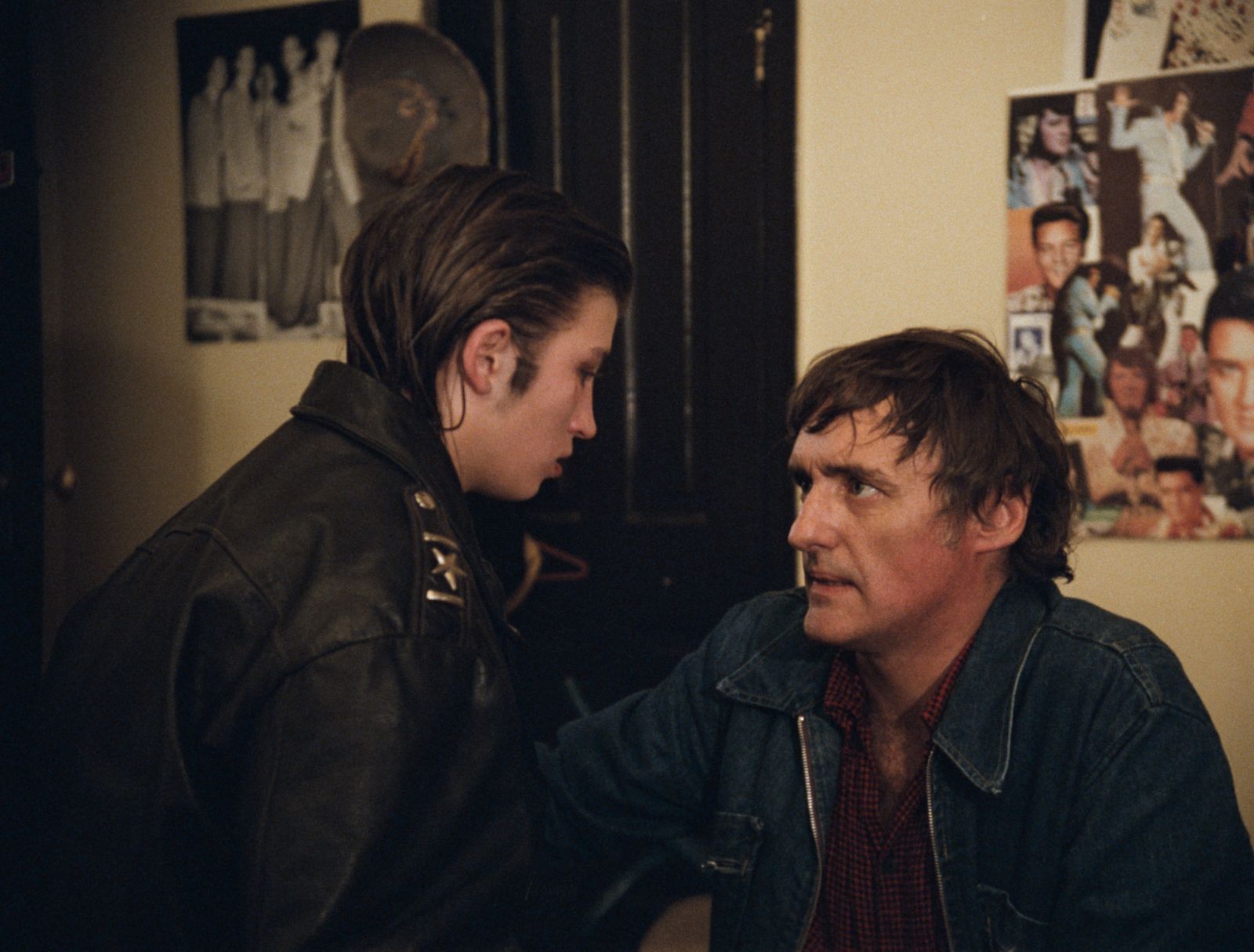 The new 4K restoration of Dennis Hopper’s mad-wheeling 1980 feature Out of the Blue opens with text detailing the fascinating behind-the-scenes turmoil that led to its creation. Hopper was only to star in the film, intended as a family-friendly drama about a rebellious young girl named Cebe (Linda Manz) and her reform by a kind therapist. Unhappy with the footage they were seeing, producers fired writer-director Leonard Yakir and planned to shut production down. But Hopper, still in director jail after the notoriously chaotic production and dismal reception of his previous feature The Last Movie, convinced them to not only continue, but restart it from scratch with him as director for an entirely new, far more provocative tale.

In the opening scene we see Cebe’s father, Don (Hopper), drunkenly barrel his big-wheeler truck directly into a school bus full of children, with Cebe right up front in the seat next to him. It’s as horrific an opener as you could possibly imagine, and this is just the table-setting for a film that is ready to confront its audience with the decay underneath the facile veneer of the “perfect American family unit”—whether they’re ready for it or not. Years after his crime, Don is about to be released from prison, and the tensions burning between him, Cebe, and Cebe’s mother, Kathy (Sharon Farrell), are set to explode.

With Out of the Blue, Hopper makes you uncomfortable, squirm, and feel sick while watching, a sensation that only heightens as the film wears on. On the surface we see an edgier version of a tale told plenty times. Cebe—in a tremendous performance from the young Linda Manz, fresh off her work in Terrence Malick’s Days of Heaven—travels around town with her jean jacket and punk music, starting trouble wherever she goes. It’s a coming-of-age film, somewhat docile on top, but with that rot slowly coming more and more to the surface.

We get shades of Kathy’s adulterous relationship with her father’s best friend Charlie (Don Gordon), who makes uncomfortable advances towards the very underage Cebe. Cebe takes a ride with an older man, being courted into his tiny apartment where a barely-dressed woman awaits, ready to present her genitals directly to Cebe’s face. Each scene feels like Hopper is directing us towards something inevitable, something we don’t want to face, yet—like that bloody opening collision—are unable to avoid.

Seizing the opportunity to direct a feature again, Hopper could have taken the easy way out and made a light charmer that brought him back into the good graces of Hollywood. That was, of course, never his style. Instead he delivered the most punk-rock movie there is while Trojan Horsing a story about the unsettling decay of the counterculture. If Easy Rider directly contributed to the anti-establishment, Out of the Blue exposes how certain bad elements take things too far, opening up a horrid toxicity so depraved and out of control that the only solution may just be to burn it all to the ground. Those free-wheeling 1960s have ultimately led to the grime of the 1980s. The final fifteen minutes are some of the most grueling ever put to screen. At the time they must have felt so abrupt and jarring that one would never expect to see anything like this in cinema. The saddest part of it all, however, is that once you reflect on everything you see over the course of Out of the Blue, it is simply inevitable.

Out of the Blue’s 4K restoration opens at Metrograph on November 17th.