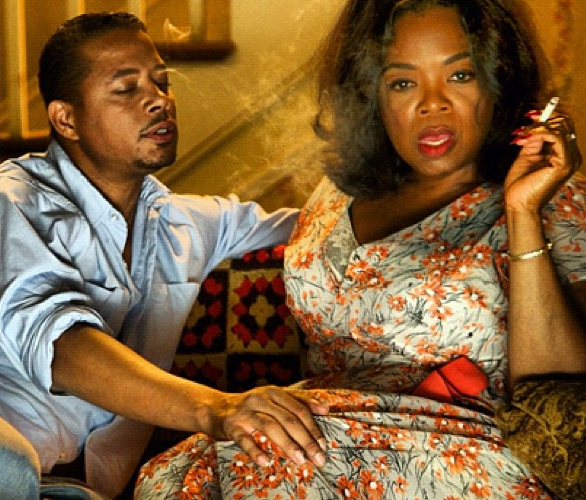 After the fairly elegant first look arrived for Lee Daniels‘ The Butler, one expected the helmer to be headed in a very different route — especially considering his last wild project. But judging from this latest still, he’s certainly got some surprises in store. Below one can see a picture Oprah Winfrey tweeted from her last day of shooting, smoking up next to Terrence Howard, in quite a transformation for the entertainment maven. She also adds the message, “And THAT’s a Wrap! Terrance Howard and me in our goodbye”love scene”. Thanks Lee Daniels for the great experience. #theButler” Expect a 2013 release for The Butler via The Weinstein Company.