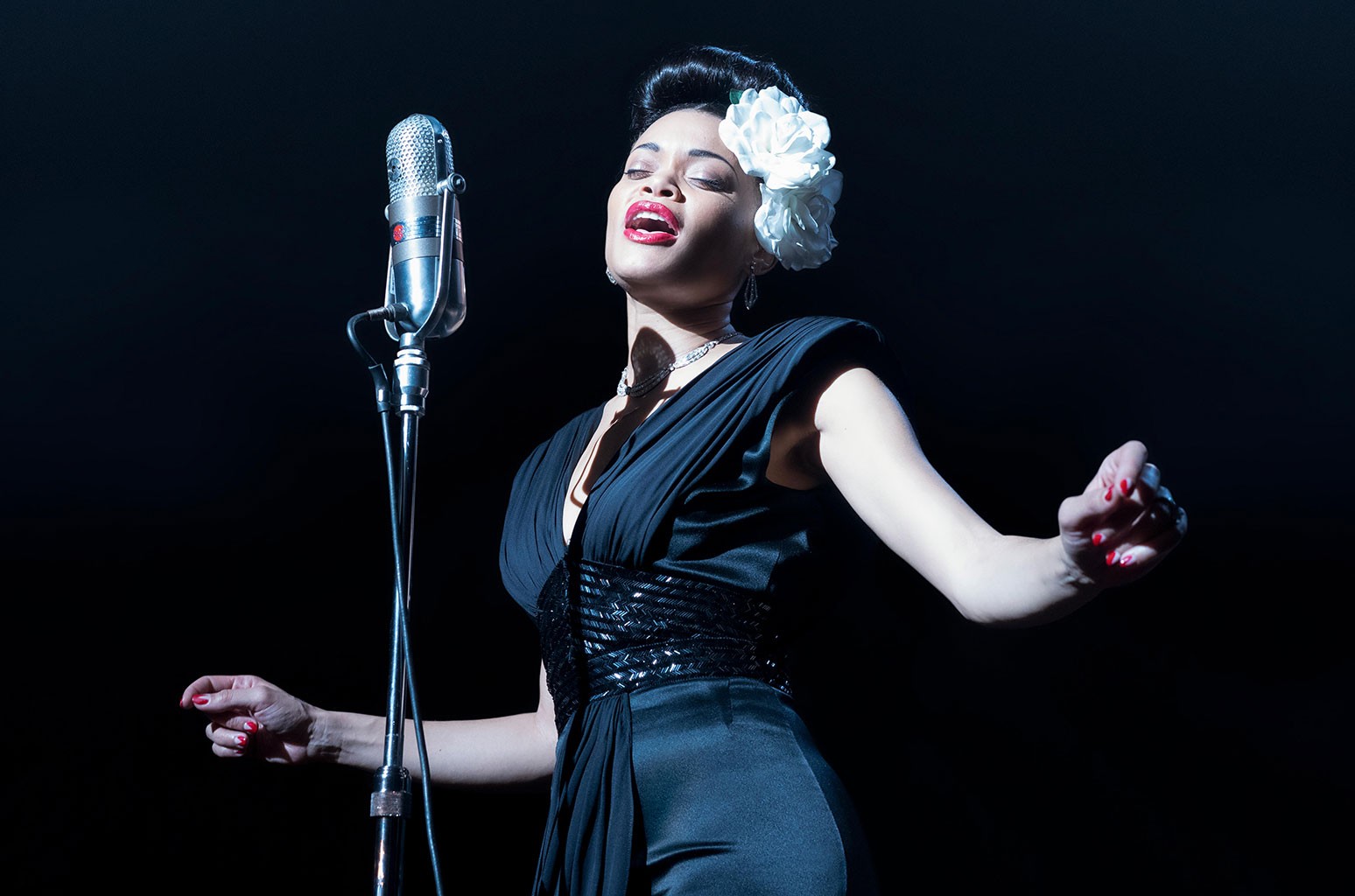 The title of Lee Daniels’ new biopic doesn’t just refer to an official court case brought upon by the American government against legendary jazz singer Billie Holiday, but a far more sinister and clandestine effort of censorship perpetrated by federal agents acting at the behest of white supremacist institutions. When threatened by prospects of change, the political establishment often tries to demean and defame artists of color grappling with the hard truths about this country’s history of injustice, and Holiday’s circumstances were no different.

With hate crimes reaching unprecedented highs and rumblings of the Civil Rights Movement just beginning in 1947, J. Edgar Hoover’s F.B.I. specifically saw Holiday’s sublime “Strange Fruit” as an anthem of Black resistance. The song’s haunting and horrific depiction of a lynching struck at the raw nerve of racial violence in the post-war era that had become all too commonplace at this point, especially in Southern states. They were scared it would inspire change.

It’s been nearly eight years since Daniels’ last feature The Butler was released (he’s been producing television shows and a few other original films), and one could argue that his more salacious and intriguing creative traits have mellowed in the time since. But just because the director’s stylistic approach has become more conventional doesn’t mean his themes of social justice aren’t radical in their pure defiance of compromise. For example, if the aforementioned decade-spanning drama about White House butler Cecil Gaines (Forrest Whitaker) was about being a passive witness to 20th century change, this new film lives inside the head of a forlorn cultural icon weighed down by the burden of being an iconoclast.

On the surface, The United States Vs. Billie Holiday is very much a paint-by-numbers historical account that leans heavily on flashbacks and film format manipulation. After opening with an archival photograph of a white mob standing over the burnt body of a lynching victim, the film transitions to Holiday’s 1957 radio interview with journalist Reginald Lord Devine (Leslie Jordan). The delusional line of questioning about race in America inspires Daniels’ initial jaunt down memory lane, jumping to right before Holiday is arrested and sentenced to a year in prison for drug possession.

From there Holiday’s personal travails, addictive habits, and destructive relationships come center stage. Creatively, she’s caught between pleasing her mainstream fans while also staying true to her identity as a Black artist. But Daniels seems most interested in exploring Holiday’s cycles of abuse at the hands of violent husbands and crooked managers. The only man who shows even a shred of remorse toward her is undercover Black officer Jimmy Fletcher (Trevante Rhodes), who helped his vindictive boss Harry Anslinger (Garrett Hedlund) orchestrate Holiday’s original arrest.

Jimmy and Billie’s on-again-off-again relationship has some genuinely beautiful moments, yet most of the time Daniels is content to be making a low stakes telefilm. It’s sluggishly paced and lacks anything close to the electrically experimental editing of something like Michael Almereyda’s biopics.

What the film does have is Andra Day, whose blisteringly raw central performance as the heroin-addicted musician brings a dynamic charge to nearly every scene. The Grammy award-wining actor’s painful rendition of  “Strange Fruit” is preceded by the film’s only true showstopper, a fragmented and shape-shifting long take depicting the terrifying traumatic event that inspired Billie’s song. Here, Daniels comes closest to visually connecting the painful legacy of America’s racist history with the creative forces that can somehow transcend it. There’s just too little of that lightning in a bottle to go around.

The United States Vs. Billie Holiday arrives on Hulu on February 26.