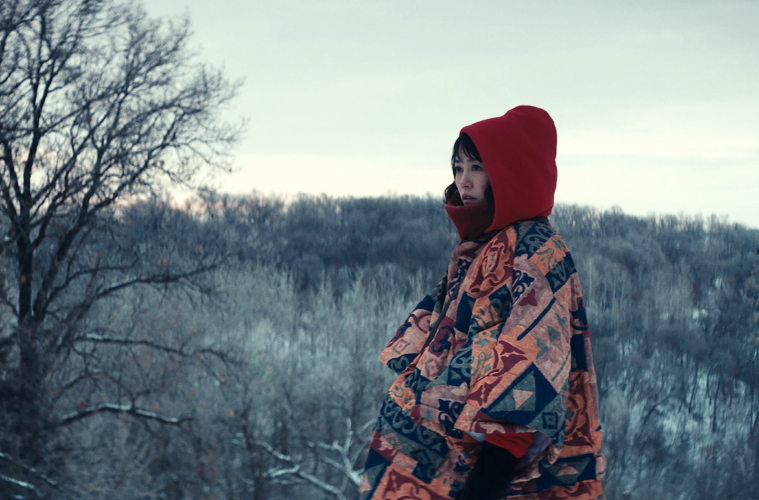 A Most Wanted Man (Anton Corbijn)

Anton Corbijn‘s The American is a restrained, absorbing and visually staggering story of an assassin on his final mission, but the marketing sold it as star-powered, edge-of-your-seat thriller. With his follow-up, an adaptation of the John le Carré novel A Most Wanted Man, those expecting the former might be disappointed, as it sways to the latter, resulting in an above-average thriller that could have used a more unconventional visual approach. – Jordan R. (full review) What will likely be the highlight of the Cannes Film Festival: Jessica Hausner‘s Amour Fou. The Austrian director’s sixth film is ecstatically original: a work of film-history-philosophy with a digital-cinema palette of acutely crafted compositions. Amour Fou seamlessly blends together the paintings of Vermeer, the acting of Bresson, and the psychological undercurrents of a Dostoevsky novel. It is an intensely thrilling work that manages to combine a passionately dispassionate love story of the highest order with a larger socio-historical examination of a new era of freedom, and the tragedy beset by those trapped in its enclosed world. – Peter L. (full review) In an episode of my podcast, The Cinephiliacs, colleague Vadim Rizov noted a humorous but mostly essential statement when describing his disappointment with the movement of the Duplass Brothers into more mainstream territory: “Bros need independent movies, too.” Most depictions of “bro culture” have depended on some of the loudest names in Hollywood — Judd Apatow, Adam McKay, and Seth Rogen among others. The problem is that these bro movies often seem to focus on the pleasures and perils of being a bro — a subject only worthy of intermittent screen depiction — and few of them use that milieu to explore other factors. That’s what makes Buzzard, Joel Potrykus’s second feature, one of the most exciting pictures in contemporary American cinema. – Peter L. (full review) The directorial debut of Dan Fogelman (the writer behind Crazy, Stupid, Love. and Tangled), Danny Collins follows Al Pacino as an aging rocker who tries to lead a better life after receiving a lost letter that had been sent to him by his idol John Lennon more than 40 years ago. With a strong central performance from Pacino, it’s a surprisingly moving and well-told drama even if it’s a touch too on-the-nose at times. – Leonard P. With Taken director Pierre Morel at the helm and an accomplished actor who is hoping for his action breakthrough (Sean Penn), one can’t fault The Gunman for selling itself as another iteration of the aforementioned Liam Neeson-led franchise in order to incur more ticket sales. And while it has the against-all-odds action sequences, the plight to return a kidnapped loved one to safety, haunted pasts, double crosses and a wealth of international locales, this actioner differs in an attempt to add a layer of real-life conflict. This grounded aspect — perhaps attributed to the humanitarian-minded Penn taking part in the writing and producing — often feels muddled alongside the cliched trappings of the action genre, but ultimately makes for a slightly better-than-average revenge thriller. – Jordan R. (full review)

Stephen Frears and John Cusack have the balls to take the “John Cusack rom-com,” turn it upside down and shake it out, over and over again. This rock-accompanied meditation on relationships offers some of the best writing of the previous decade. Remember that scene when Jack Black‘s Barry belts “Let’s Get It On” with his band “Barry Jive and the Uptown Five?” Of course you do, it’s hilarious. – Dan M.

One of the better directed films I’ve seen in some time, David Zellner‘s Kumiko, the Treasure Hunter is a tightly controlled, beautifully-shot oddity of a drama. The Brothers Bloom and Pacific Rim star Rinko Kikuchi gives a deeply felt performance in this ultimately tragic story. Premiering at Sundance Film Festival well over a year ago, it’s now available to stream after a theatrical run this past spring. #TeamBunzo, indeed. – Jordan R.

Xavier Dolan‘s most accomplished film this far is his three-hour drama that was little-seen in the United States Tracking the ten-year relationship between Laurence Alia (Melvil Poupaud) and Fred Belair (Suzanne Clément), Dolan’s film explodes with passion and color, perhaps the best ode to French New Wave in recent cinema. – Jordan R.

Yours truly has struggled to understand how much Lee Daniels, the eponymous director of / possessor in Lee Daniels’ The Butler, is playing his new film as a wink and nod. The true story of the White House’s black butler gaining a head-on view of the changing social landscape sounds, if only on paper, somewhat familiar — akin to the likes of The Help or Driving Miss Daisy, perhaps; what your older relatives especially enjoy — and notwithstanding the fact that action glides in this register for roughly half a total runtime, something altogether stranger seems to be happening at the margins. Even if Daniels and scribe Danny Strong (a fit, considering his credits on the HBO political movies Game Change and Recount) fall short of a historical picture with more to say about the genre and our conceptions of passing ages, the path which we follow comes tantalizingly close — a picture that emerges unexpectedly worthwhile, in equal part because of its palpable strengths and more peculiar flaws. – Nick N. (full review)

With Prince Avalanche and Joe (also competing for the Golden Lion in Venice) audiences could feel very comfortable in their newly-repositioned set of expectations about David Gordon Green, after the early twist and turns of his career path. Manglehorn therefore came packaged with the unusual feeling of knowing what you were in for. The story of an aging locksmith who doesn’t do much at all besides opening car doors for strangers and writing doomed letters to a long-lost love, is yet another mournful, delicate study in male solitude. – Tommaso T. (full review) The neorealist drama Stop the Pounding Heart completes Roberto Minervini’s Texas trilogy, which began in 2011 with the road movie The Passage and continued the following year with the white-trash 400 Blows homage Low Tide. Part-documentary, part-fiction, the work follows Sara Carlson, the 14-year-old daughter of devout Christian goat farmers, and Colby Trichell, an asthmatic cowboy obsessed with riding bulls. The two non-professional leads and their families basically play themselves, and are filmed in their own homes, which lends a distinctly authentic vibe to the story. Adding to the physical nuance, Minervini develops his characters through intimate close-ups that betray their internal struggles — though she barely speaks a word, Sara’s confusion and conflict of faith reveals itself with each long, patient take. – Amanda W.

Damián Szifron launches a satirical and visceral dissection of the social and political currents running underneath his native Argentina, but Wild Tales is the opposite of a stuffy, calculated screed. Playing with a touch of the pulp ghoulishness of Tales of the Crypt, Tales features plenty of darkly comic surrealism that’s been subtly grafted onto modern social anxieties. Whether it’s a plane full of strangers learning of the demented connection that bonds them, a waitress at a road-side diner forced to serve the author of her family’s misery, or a demolitionist waging a war against an impound lot, Wild Tales finds a deeply entertaining catharsis in isolated fragments that begin as revenge, only to crossover to examine ideas about justice and human morality. Taken as separate stories, these vignettes are entrancing, but, most impressive for an anthology, when assembled they create a fearsome portrait of Argentina itself, one unlikely to fade from memory. – Nathan B.

American Heist
Burying the Ex
The Face of an Angel

All the Wilderness
Transformers: Age of Extinction