On the Rocks Review: Sofia Coppola Takes a Pleasurable Jaunt Through NYC 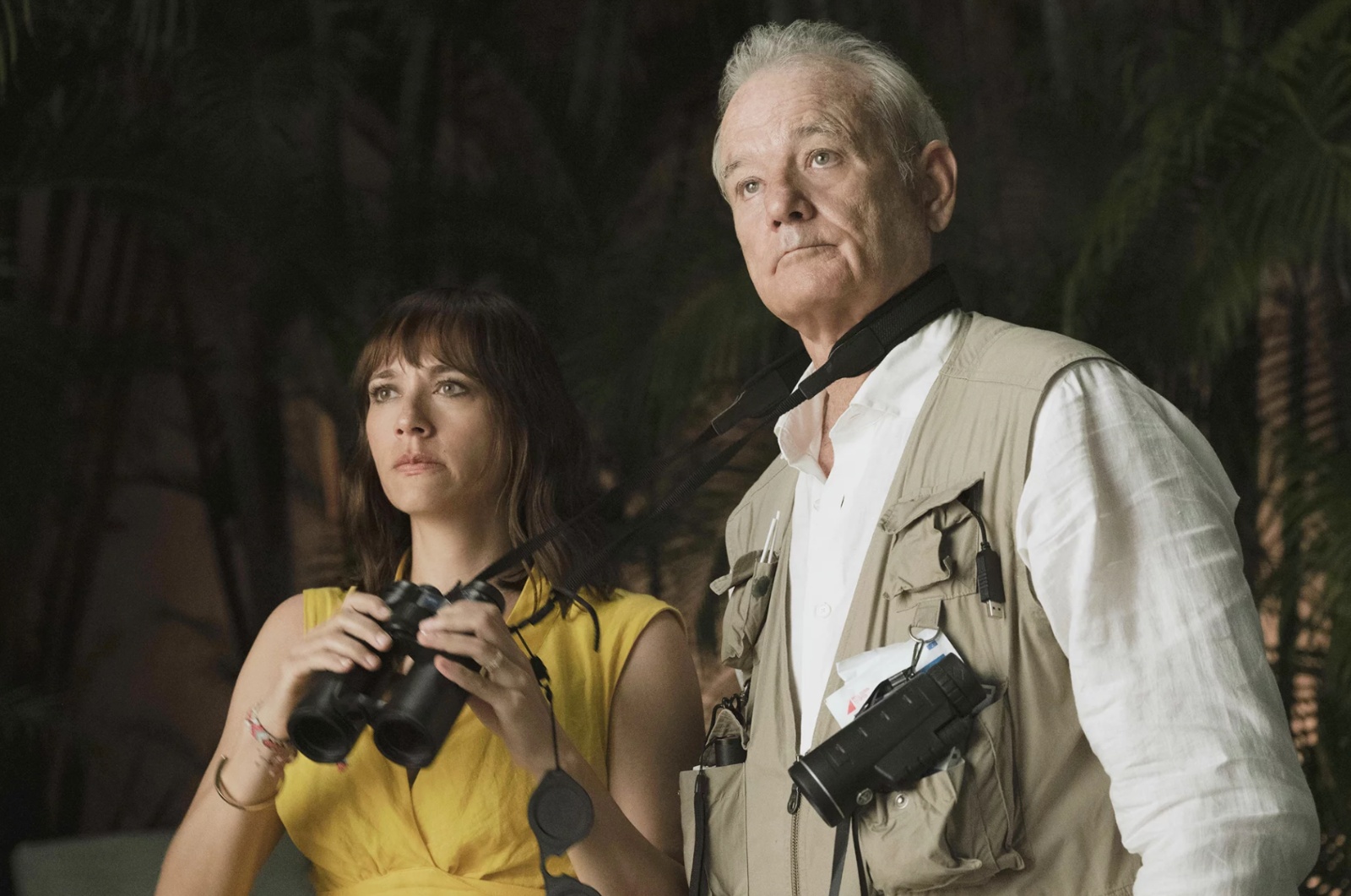 A well-modulated vision of the fight against encroaching malaise or mere trifle dressing itself up? Depends on the scene. But trifles have their place and auteurs should be allowed their fun, which On the Rocks deploys over 90 minutes kind enough not to feel like a waste of anyone’s talents or time.

An easy point to argue, perhaps, but Sofia Coppola’s greatest gift is making the precise look simple. Its many jaunts through New York City are tethered to Laura (Rashida Jones), a writer whose cushy life with husband Dean (Marlon Wayans) and two children gets shaken by suspicions of infidelity. Laura’s aloof father (Bill Murray, so clearly written into the part of an older socialite named Felix) decides to turn her worries into a game of spying and occasional goose-chasing fueled by rakish boredom and, at one point, intimations of darker connections to Black Cube-like services that track Dean’s movements and credit card. Coppola’s throughline is neatly structured for the fact that it could only conclude one of two ways: he’s either cheating or not only not cheating but a good husband whose breadcrumbs of suspicious behavior (purchased gifts that go unseen, claims to be helping a co-worker with whom he may be philandering) are in fact signals towards his love and consideration for those around him.

This not-so-burning question will be answered by film’s end. On the Rocks otherwise moves at speeds suggesting it was shot in a day or three, a testament to the ease with which it mostly comes off. Shot-reverse rhythms are clean, giving actors time to breathe and express, though Coppola and DP Philippe Le Sourd are wise enough to more often deploy two-shots soaking in the atmosphere of wherever rich people take their long lunch or nightcap across parts of Manhattan the rest of us only visit as a special treat. It’s moreover an exceptional case of keeping within a rigid milieu without neglecting details and their steady accumulation. Any political associations go unspoken, but we should notice that the door to Laura and Dean’s apartment, seen only in contained images that don’t quite spell out just how big a home they can afford, contains Bernie 2016 and Stacey Abrams stickers. Laura’s private office is, like many a downtown space whose personality is defined by the fact of being downtown, pleasant sans opulence, but accumulates textures few American filmmakers would think to grant it: the distinctly soulless sound of a Brother label maker fills speakers before the faint bustle of whatever lays outside her high windows is piped into the movie’s mix. And if the fact of her being “a writer” hardly seems consequential to much that transpires, a later complaint about the difference between day work vs. night work seems not like hasty attempts to build character but a threaded mindset we’ve only grasped vis-à-vis the loneliness of her environment.

These small gestures resonate more than On the Rocks’ straight attempts at comedy. Notwithstanding Sofia Coppola’s capabilities for humor—her filmography is an exemplar of sad-funny many have tried to imitate over 20 years, and spotting the imitator from the genuine article isn’t so tough—they fail to resonate in a very vast sense. Murray and Jones have odd chemistry, for one thing. I never quite bought their dynamic as one between father and daughter, yet the unspoken (until it’s too plainly spoken, third-act-style) years of distance and resentment between Laura and Felix creates a feedback loop that makes this ostensible issue a kind of positive, or at least more believable. How funny one finds their typical exchange—an inappropriate comment from father, a facial expression and one-liner response from daughter—is a matter of taste, ultimately not to my own.

A24 (or whoever’s tweeting under their name) called On the Rocks “a sparkling ode to pre-pandemic NYC,” conferring on this fun little jag an importance no involved parties could have anticipated. Unfair in some sense, yet it’s hard to watch without being impacted by its once-normal settings or the surrounding context of its distribution. Coppola’s movie has the misfortune of shuffling our way sans much opportunity to be experienced any way but at home—even its New York Film Festival premiere looked like the scene from a post-nuclear landscape kind enough to spare Bill Murray, and good luck being present unless you had a car. If watching on my computer via the securely provided press link wasn’t necessarily deleterious to On the Rocks’ pleasures, one wonders about strictures of presentation. It is, after all, something of a historic production, its inaugural place in a partnership between A24 and Apple TV+ signaling the swift speed it would’ve arrived on our home screens no matter the circumstances. Coppola’s obviously too intelligent not to use spaces, sounds, and scenarios in a manner far exceeding the glut of prestige TV, but knowing it gets slotted next to The Morning Show with next-to-zero chance of being experienced any other way—outside a small theatrical run––is vaguely depressing all the same. If not more so.

That said, On the Rocks’ low stakes and obvious pleasures barely request grand presentation. Until we can get back in theaters without seizing at the sound of a distant cough, Coppola’s project—sure to be called minor by those demanding big gestures from big names, amenable to the rest—fits its place just so. Odds say it’ll work fine years down the line, too.

On the Rocks is now in select theaters and arrives on Apple TV+ on October 23.