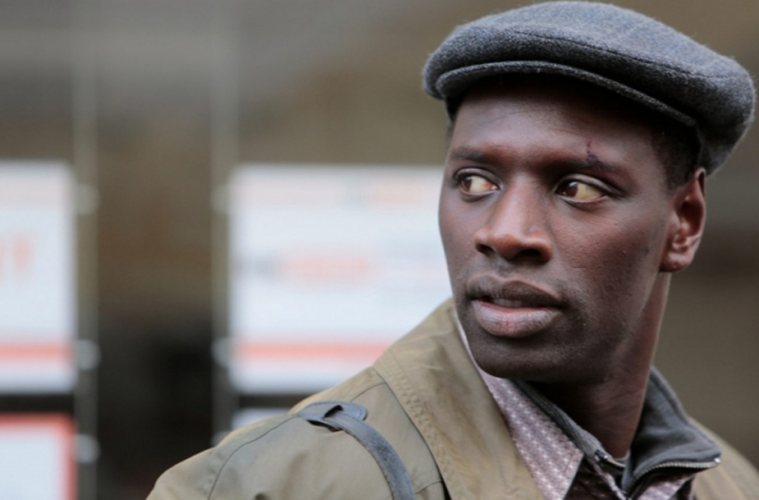 Omar Sy on Letting the Audience Decide, Transitioning to Hollywood, and More

In 2012, actor Omar Sy (with co-star Francois Cluzet) and co-directors Olivier Nakache and Eric Toledano crafted a new classic buddy tale with The Intouchables, an international success that presented an affluent white man finding unexpected friendship in a black man from the projects. The trio have teamed up now for their fifth film with Samba, a comedy/drama about the life of an undocumented immigrant in Paris. Sy plays the title character who struggles to make money that he can send back to his home land of Senegal, especially with France’s strict immigration policies. Along with a South American man named Wilson (A Prophet’s Tahar Rahim), Samba works odd jobs while dodging French authorities. Throughout, Samba receives help from a human rights volunteer named Alice (Charlotte Gainsbourg), of which the two begin an unusual emotional connection.

Sy won a César for Best Actor for his performance in The Intouchables, which made his charisma further enticing to blockbuster projects like X-Men: Days of Future Past and this summer’s Jurassic World. The French native will be seen again later this year in the John Wells chef comedy Adam Jones starring Bradley Cooper, and next year in the Ron Howard film Inferno, based on the Dan Brown novel.

The Film Stage sat down with Sy in a roundtable interview in Chicago, where we discussed his attitude towards work, what he learned from acting opposite Charlotte Gainsbourg, how he has established his identity as an actor, and more. Check out the full conversation below.

You were born in France and raised in French society. Was it tricky to play a character who has only been in the country for a decade, and is confused by the culture?

It was a challenge for me as an actor to play someone far from me. That’s why it was interesting for me to meet these people, and to take on this responsibility to try to show them and be like them, and to show how different they are. Their way of talking, walking, and even looking at other people. It’s difficult for them, to look someone in the eyes for a long time, because they didn’t feel comfortable. It’s difficult for them to feel at home, even after ten years.

They see things very differently, like a train station, for example.

Of course. For us, a train station just means travel. For them, it means danger. And probably the last minute in the country because they could be arrested at any moment. It’s a lot of stress.

What did you bring to this movie personally in terms of your attitude towards work?

My own experience from my parents and some of my friends and some of my family working in manual labor. When I was younger, I used to do all that. The movie is a question for me of “Where are we putting the work in our life?” The opposite thing about the character of Samba is that he’s ready to do anything, including the tough labor. This balance shows how society is divided, and the complication in relationships that we have with our work.

You play Samba with a sense of hope, but there’s always this sense of his darker past.

Of course. I had to because even if we wanted to add some comedy in it, we tried telling the truth. The truth is sometimes really hard, and dark. And the fact that I spent time with people who went through that before shooting, I had the responsibility to represent them in a realistic way, so I couldn’t avoid the dramatic side of their life, and how it is hard for them. I had to consider that, and try my best to show that.

At the center of Samba is the unique relationship that your character has with a human rights volunteer played by Charlotte Gainsbourg. What did you learn from working with her, or what was different in how she prepared for performances than what you do?

Her way to focus on things. Coming from a comedian’s background, on set my way to focus is always to get away from the scene. I need to do some jokes to be alive before scenes. But she’s so quiet and focused on what she has to do, and it’s so different. So maybe I’ve learned to come down before doing a scene now. She is so intense and in the moment that it makes things easier for me, just to look at her and her eyes and I just have to react. She is just an amazing actress. It was easier to be in the moment with her.

Samba and Alice have a very unique relationship, in that they cannot reveal any of their cards about the true connection they have. How did you work with Charlotte to create that dynamic?

The directors wanted to have an awkward love story, and I think life helped us because she was kind of intimidated, and I felt the same. We maybe used that in our characters to do that. It was something special for me to act with Charlotte Gainsbourg, and the fact that [Eric, Oliver and I] are already a team, and that she was new in the group, maybe that helped in the beginning. And we kept that until the end.

With the critical and financial success of The Intouchables, how was the set of Samba different from that film? Was it easier, especially with more resources and time?

Yes, and I think that’s why I think it was the right time for them to do Samba, because of the success of The Intouchables. They could finance the movie and have time and the money to do it very well, and have this good cast. I think [Olivier Nakache and Eric Toledano] are so generous, and that they are so smart that they thought that after Intouchables – a lot of directors who could take any subjects or commercial film – they decided to do this. I think it was a good, good move. We’ve heard about immigration in France, and around the world, since we were young. We all come from immigrant parents – my parents come from Senegal, Eric’s parents come from Morocco, and Oliver’s parents come from Algiers. It was important for us, and a lot of people, to talk about that, because I think we are all affected by immigration.

How does a set with Toledano/Nakache set differ from those of bigger blockbusters, like Jurassic World and X-Men: Days of Future Past?

There are no dinosaurs [laughs]. It’s different mostly because I know them really well, and we’re used to working together. It’s also a French-speaking set, so it’s really different. But I am so focused on my English, and the sets have the same way of working. They have the passion and fun to do what we want to do, and we are really happy to do what we do in life. We are trying to enjoy each moment.

You’ve mentioned previously that for the past three years you’ve been living in America, and learning the English language. What perspective have you gained about how the issues within Samba of race and class play out in America?

It’s difficult to compare, because it’s a different story. For example, the United States doesn’t have colonies; a lot of immigrants in France are from colonies, so it is a different type of immigration. The race issues are different also, because black and white here with slave history.

Along with the idea of trying to blend in, there’s an idea about identity within Samba. There’s a particularly intriguing scene in which Samba is told by his uncle what he should be wearing so that he can fit in, to not look like an outsider, but to look like a regular citizen. As an actor, what is most important to you when it comes to creating an on-screen identity?

I think for me, the fact that being an actor is that you have to let the space for the audience to decide. That’s why you have to stay behind your character, because it’s the space for the audience to decide what they want to see. The thing with art, the audience has to find its space. When you see a painting or a photo, if you don’t find your space, or the artist is saying what you have to see, it’s not art. So for me, it’s just letting the space. I don’t say, “I want do that, I wanna be that,” I let the audience decide. At this moment, what I want to say and talk about now, there are no plans. Even if I wanted to do plans, it’s a difficult to be predictable because things change very fast. It’s just in the moment to try do what I want to do, and I have the luck to different things. So, I want to do all of that.

Samba is now in limited release.