NYFF Review: Personality Crisis: One Night Only is an Enjoyable, if Routine Rock Doc from Martin Scorsese 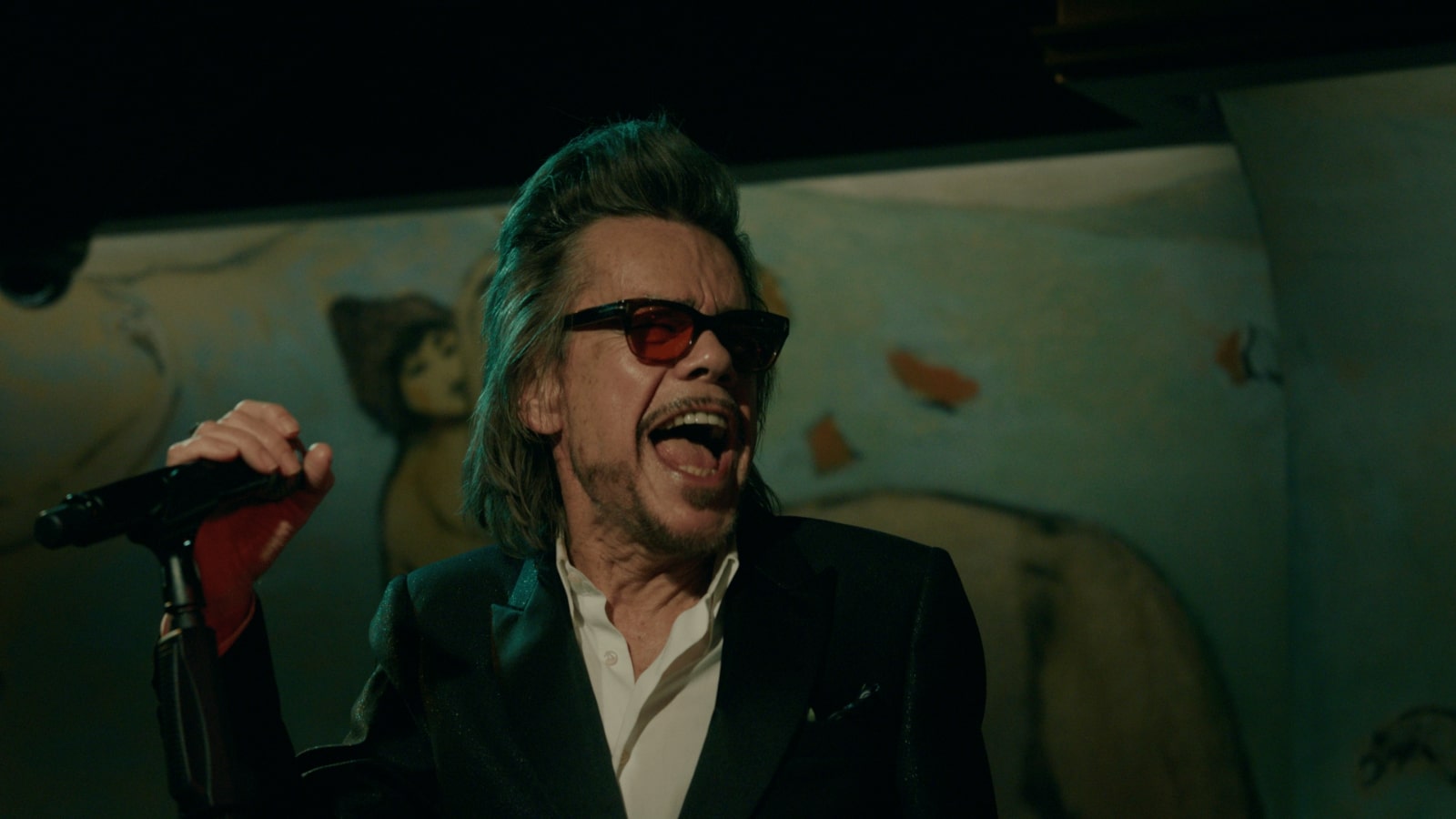 David Johansen has been called many names in his life. He’s been the lead singer of the New York Dolls. He’s been Buster Poindexter. He’s been a member of the Harry Smiths. He performs with different personas, with different bands, alternating genres of music. He’s now the subject of Martin Scorsese and David Tedeschi’s documentary Personality Crisis: One Night Only, a film focused on his 2020 cabaret show at New York’s Cafe Carlyle.

Johansen is quite the documentary subject. He speaks off-the-cuff, curses without hesitation, tells stories—within his Carlyle set and directly to the camera—and his voice remains overwhelmingly distinct. It’s raspy but not grating, guttural but not harsh. He sings as Buster Poindexter and explores the New York Dolls catalog while Scorsese and Tedeschi work their way through his life’s work. For many the band might not even be recognizable, and that’s the point of Personality Crisis: offering credence to a critically revered, commercially unsuccessful punk group.

The New York Dolls influenced the Sex Pistols, Kiss, and the Ramones—they heavily influenced Morrissey and the Smiths—yet exist in smaller circles and relative obscurity against their counterparts. Personality Crisis doesn’t litigate that fact, rather choosing to give them the spotlight, to put them upon a (drug-fueled) pedestal. Scorsese and Tedeschi clearly cherish the Dolls, understanding their impact over the last five decades of punk.

They attempt to dig into more granular details of the band. Call it fate, bad luck, or something in-between: most of the members of the New York Dolls haven’t lived to old age. David Johansen is the only surviving original. But as the Dolls were under constant scrutiny from their androgynous look—Johansen often wore high heels, dresses, boas, an all-around flamboyance—he was an absolute rockstar from the start.

Now, some 50 years later, Johansen is still performing. Scorsese and Tedeschi allow him the space to sing full songs. It’s not a concert doc, but becomes one; Johansen’s set often goes uninterrupted for 5-7 minutes at a time. He’s a riveting entertainer, hilarious and personal, still able to put on a show. At 127 minutes, Personality Crisis needs his jolts of life, his moments of pure talent, faltering when it becomes the dedicated ode to a band that some of the audience simply won’t know.

And so this becomes something of a grind, even with Johansen serenading throughout. It’s repetitive in its praise and decides not to investigate darker aspects of the Dolls or Johansen; it doesn’t dwell on the tragedies of the band, opting to celebrate his next steps as a musician. It even gives too many precious minutes to Morrissey, an important musician who happens not to be the actual subject of Personality Crisis.

Johansen is a force despite this film’s flaws, undeniable in both charms and quirks. His talent remains emphatic, and his stage presence is enough for the camera to sit back and appreciate him. Being enigmatic yet accessible, Scorsese and Tedeschi must capture his substantial coolness. They succeed in spades.

When the frontman is onscreen, their doc hums along. When he’s not, Personality Crisis becomes a biography that’s more admiration than information, a too-routine look at a band that’s anything but.

Personality Crisis: One Night Only premiered at the New York Film Festival and will be released by Showtime.