NYFF Review: Hit the Road Captures Laughter and Heartbreak at the Iranian Border 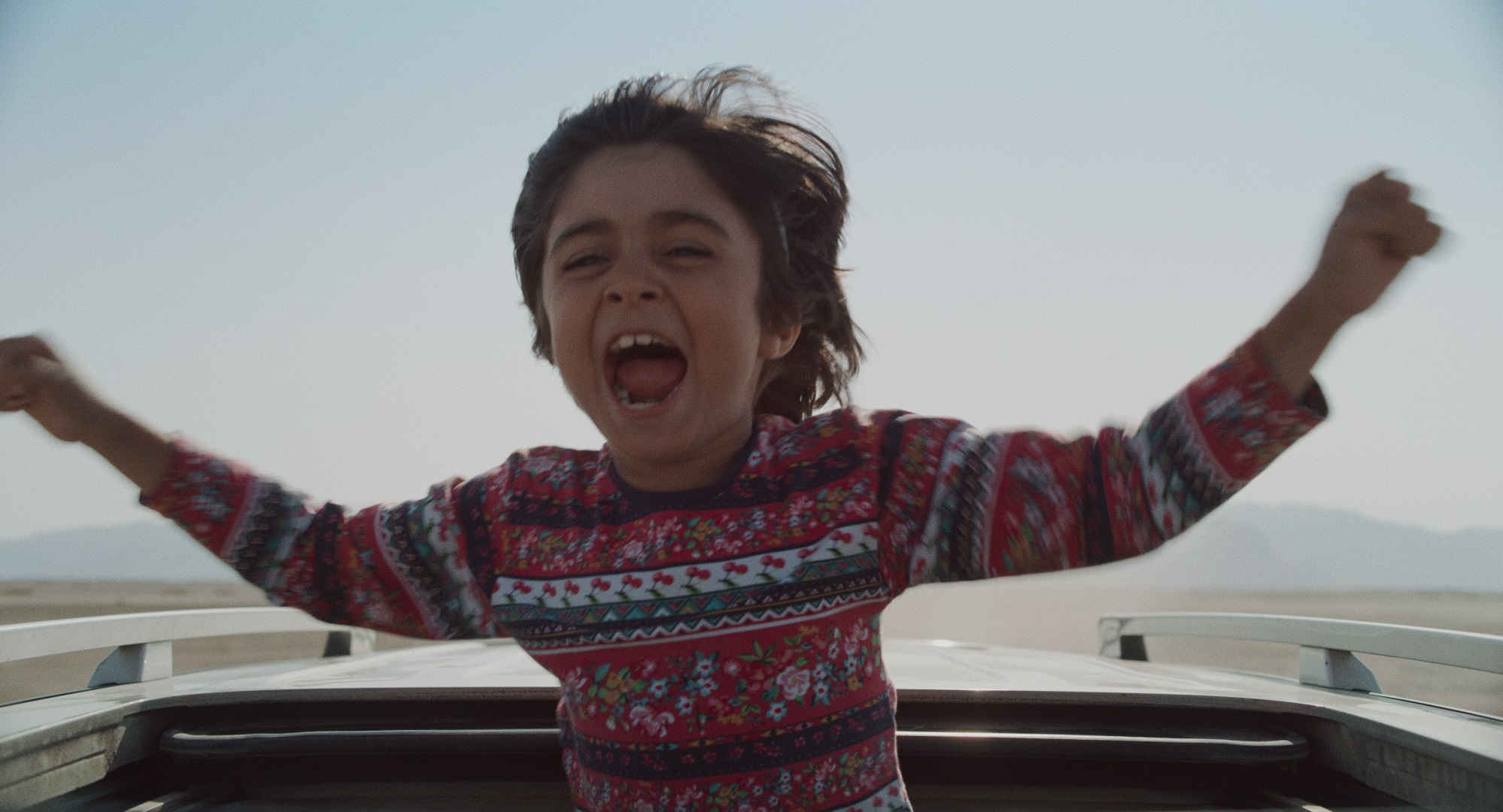 There’s not much exposition in Hit the Road. In fact it takes most of Panah Panahi’s remarkable directorial debut, about a family traveling across northwestern Iran, to understand the full gravity of this noisy and comical road trip. Yet this movie’s power comes in the slow-burning revelations found through the straightaway desert roads and rolling lush hills, which amount to an emotionally wrenching crescendo.

Unlike most road movies, Hit the Road begins on the side of the highway, inside a stationary SUV, where the majority of this drama plays out. Panahi’s camera pans around the center console to find a sleepy Khosro (Hassan Madjooni), his wife (Pantea Panahiha), and their chatterbox 6-year-old son (Rayan Sarlak) tapping his fingers on top of his father’s casted leg and petting their terminally ill dog. Outside, anxiously circling the vehicle, is elder son Farid (Amin Simiar), driving everyone to an unknown destination near the Turkish border.

It’s unclear why this family has been forced to flee its home, or why Farid must eventually leave his parents and younger brother behind. But as this foursome makes pit stops and unexpected encounters, those eventual devastating realities are distracted by backseat shenanigans, in which Khosro and his “little devil” son engage in inane banter, argue about the radio, and make room for various strangers in need of a lift. At one point Farid clips a biker on the side of the road, offers him a lift, then drops him ahead of the cyclists he was originally trailing. It’s the kind of humor that pervades this movie, small gags that help offset the foreboding realities awaiting the end of their journey.

Panahi is the son of esteemed filmmaker Jafar Panahi, who entered house arrest a decade ago for propaganda against the Iranian government, and is still banned from leaving the country. You can sense this movie might be a response to that event, a personalized portrait of a family impacted by an autocratic government and the lengths that must be taken to gain freedom. The quiet trek over hillsides into barren, unexposed land only highlight Farid’s impending separation and quiet frustration with his country’s government.

It doesn’t take long to realize Sarlak is this movie’s star—he’s an adorable, rascalish presence that allows Panahi to balance out his movie’s grimmer realities with an innocent perspective. A loveable menace, Sarlak’s squeaky voice motors away about Batman Begins and nearby farm animals, and later cuts through the fourth wall with a throwback dubsmash. It’s one of a few moments—including a brief homage to 2001: A Space Odyssey—that present a dreamy, magic-realism only a 6-year-old might be able to envision, a way to make sense of the disruption happening in his life.

Outside those more noticeable flourishes, it’s clear Panahi has command of the camera. His static compositions and one-shot sequences produce a sort of mystical grandeur, suggesting this family’s road-tripping experience is far from unique. One striking scene—arguably the shot that defines this movie—unfolds in an extreme wide as silhouetted subjects have a gut-wrenching exchange in an open field. It’s a haunting image underscoring Panahi’s resistance to getting too close to this emotional handoff.

After all, it would seem he’d rather capture that reality through Panahiha, who seamlessly pivots between tears of joy and sadness, grappling with saying goodbye to her first-born son. “Who can hear the pain of my broken heart?” she sings to a pop song that blasts inside the SUV. It’s a cathartic expression by a mother trying to make sense of her new future while her youngest sticks his head through the moonroof, blissfully belting the chorus, processing in his own, uninformed way.

Hit the Road screened at the 59th New York Film Festival and will be released by Kino Lorber.