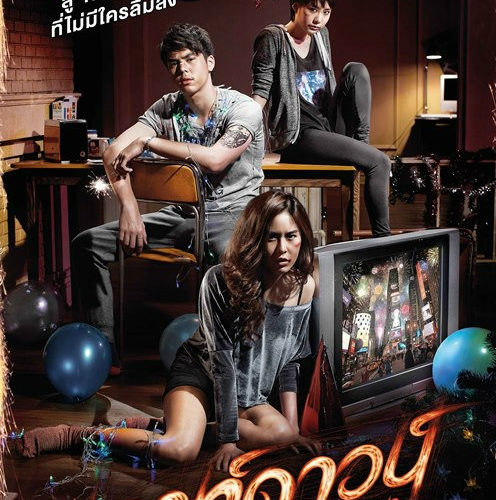 Horror’s popularity amongst academics has to do with what’s often seen as signifiers of the juvenile — ghosts, zombies and vampires standing in for our everyday fears. Though, when considering the slasher subgenre — in which violence is less a distant threat and always physically manifested — the thrust of a blade into the human body can move the realm of the film away from intellectual discourse to an immediate, visceral thrill.

So even the most questionable of these films — whether they be misogynistic or aggressively retrograde in their politics — can often at least succeed as formal exercises, be it the play of colors in a giallo or oppressive grit of a ’70s American exploitation picture. The issue that comes with Countdown, however, is that it makes its own “morality” too blatant, to the point that even aspirations as a nasty entertainment seem to vanquish beneath it.

Still, the narrative for which this morality is devised from needs to be established: on New Year’s Eve, four young Thai immigrants living in New York want to score some pot. Cut to them calling over a drug-dealer named Jesus (though of course pronounced Hey-Zeus), who, while initially eager to take part in their smoking and partying, quickly turns on them in a rather violent fashion that could only somehow invoke the supernatural. Of course the motivation behind his terrorizing has to do with a certain revenge against their established hedonistic qualities. We know that our Thai youngsters both cheat their parents out of money and sleep around, as it’s established, multiple times, that our male lead lied about being accepted into NYU, to which his father sold the factory to pay the tuition for, and by extension all of them are wasting their parents’ hard earned money by not getting out there and learning dammit!

But the lack of variance makes this already-a-weak-Twilight Zone episode story, painfully extended in its 93 minute runtime. The social criticism at hand — the Thai being corrupted by American culture — is established in about twenty seconds. If anything, a particular scene in which Jesus makes them recite the 5 Buddhist precepts to reaffirm themselves as truly Thai is horrifically offensive: Jesus and, by that turn, writer-director Nattawut Poonpiriya is assuming some high ground over his own glib namedropping of cultural touchstones. In the end, he’s no better than those he’s seemingly criticizing.

As mentioned before, even the most ideologically idiotic horror can at least thrive off style, but unfortunately Countdown‘s is just as inert as its message. Its cheap digital look — which, aside from one Panic Room-esque pan, fails to establish any real sense of space, further enforcing claustrophobia in a negative sense — only brings more attention to its inane performers and writing. Most of all, it seems to not even take any joy in its violence, seemingly under some idiotic conception of its own righteousness.

Not helping is maybe the worst horror villain in recent memory, Jesus, a supreme failure of direction and performance which never transcends an embarrassingly dated and annoying hippie-stoner caricature to actually be scary, even upon switching to a supernatural force. He’s too frequently permitted to dominate the screen, the director not understanding how even to make him an allegorical presence. If anything, the initial reverse-Ugly American situation in which he’s the ignorant one (instead in his own land surrounded by foreigners) could say something about the relationship between American and Thai culture — something potentially unexplored onscreen before, yet apparently not interesting enough for this.

I’m sure the creators of the film would like to pass off accusations of its bullshit as missing the point and that it’s simply an exploitation film. Though, to at least compliment them, exploitation often seeks deliberate provocation, to get you angry, and this certainly did. More for an absolute lack of any craft or thought.