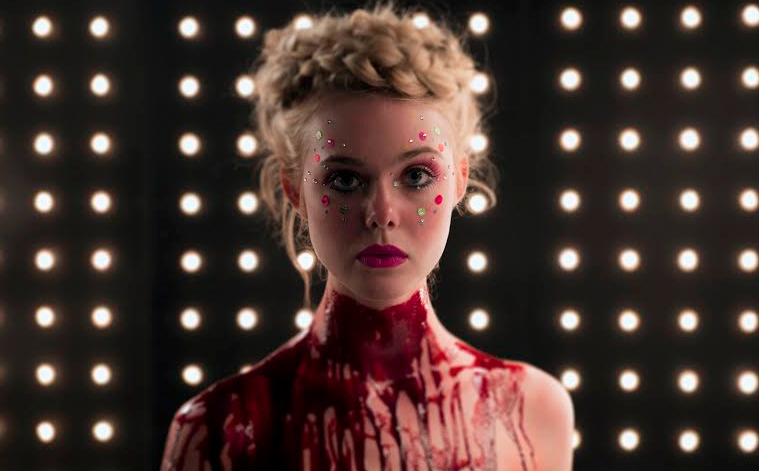 As Amazon Studios gets ready for the December release of their first original feature, Spike Lee‘s promising Chi-Raq, they’re also prepping films with Jim Jarmusch and Terry Gilliam, and now the talented Ted Hope and Scott Foundas have added another to their slate. Courtesy of a press release, the company announced they’ve picked up the latest film from Drive and Only God Forgives director Nicolas Winding Refn, The Neon Demon.

Set for a theatrical release next summer, the film follows “an aspiring model who moves to Los Angeles where her youth and vitality are devoured by a group of beauty-obsessed women who will go to any lengths to get what she has.” Co-written by Mary Laws and Refn, the cast stars Elle Fanning (pictured in a new still above), Keanu Reeves, Christina Hendricks, Jena Malone, Abbey Lee, and Bela Heathcoat.

“One morning I woke and realized I was both surrounded and dominated by women,” Refn said regarding the genesis of the film. “Strangely, a sudden urge was planted in me to make a horror film about vicious beauty. After making Drive and falling madly in love with the electricity of Los Angeles, I knew I had to return to tell the story of The Neon Demon.”

It’ll be interesting to see if Refn makes a return to Cannes to premiere the film ahead of Amazon’s release, which would mark his return to the festival after his last two features played in competition.  As we await the film, check out a recent one-hour talk with Refn at BFI discussing his new movie poster book: