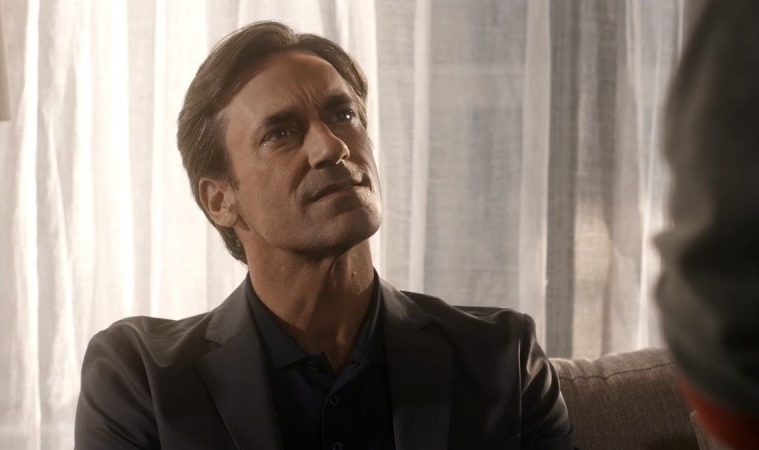 It was the worst of times, it was the most underwhelming of times, etc. I, too, have noticed some startling quantity of voices decrying 2017 as a subpar year in cinema, and the standard instinct is to put oneself into that classic defensive posture: look harder, look deeper, treasures appear. And sure. Still: the millstone of fatigue nearly any right-thinking person’s wearing nowadays starts seeping into this most reflective of mediums. The going got tough, escapes got deferred.

I won’t use headline-making events to bind 2017’s cinematic and real-world paths because 1) cast a pebble across your Twitter feed and voila; 2) we have different eyes, so who could think we ever saw the same thing? Only with my particular year (long story; who doesn’t have one nowadays) in sharper focus do I now understand that almost everything contained herein was a conduit for further consideration, the individual and collective strengths sometimes measured on that ever-fluctuating metric of form as an afterthought or memory. And the TV-film debate is, I guess, stoked herein, but not purposefully — not when this is the exact wrong time to qualify pleasures with a microscope. I mean, come on, people. Haven’t you seen what’s happening out there?

Rare is the monster that reveals itself as such upon first brush; more easily perceived are the petty, vindictive, manipulative, fear-stricken. The grace of Laura Poitras’ once-maligned, since-reworked lens on Julian Assange lies, I think, in its lack of an identifiable center: to watch this is to see the world actively shift underneath a film’s feet, a creative team grasping for whatever they might value as north becomes south and gray zones start turning black-and-white. For all of the panic it might rightfully instill, Poitras seems to find Assange and his enterprise somewhat absurd even as she acknowledges the grief it’s wrought, breeding hilarity akin to prime Ricky Gervais. The one 2017 film for which I’ll accept a “what we need now” title, all the more so because it evinces little interest in conforming to any single worldview.

A second look confirmed that this loses its perfect shape once Anderson decides the thing needs clear-cut conflict and tension, but what comes before, after, and often during that spell is downright dream-like in its distilled vision of a cloistered man, his hermetic world, and what happens when you tip those scales even a tad. (The answer, delightfully, is laughter — among Phantom Thread‘s greatest attributes is the reaffirmation of its writer-director as a master of social observation.) Bonus points for the year’s best driving sequences: aesthetically rapturous in their images, thematically fitting as flights of fancy carried by mechanical ingenuity. But don’t worry about the latter too greatly; I’m not sure Anderson does, and that’s when he’s at his best.

The confusion — which often comes down to a mere “why?” — that perpetually surrounds Bob Dylan’s brief, prolific foray into Christianity-themed music has, for decades, been a hotbed of debate, frustration, and misunderstanding. Trouble No More, the first picture explicitly focused on this era, cuts through the noise so we may latch upon the signal: the music in its (for the most part) glory and the power of its performers, curiously flipping perceptions and making its ostensibly straightforward companion — a series of sermons delivered by a preacher (Michael Shannon) who, one will quickly deduce, speaks to an empty church — the point of scrutiny and confusion. Yet the strength of its performance, images, and words (scripted by Dylan scholar Luc Sante) render any need to decode unnecessary. Two moments in time and two masters of their craft forever preserved, forever intertwined.

On the surface (or just its horrible poster), another New York-set indie comedy; in practice, an exceptional example of what can be done with the genre-of-sort’s tenets. Shot on the now-fatigue-inducing 16mm, but with an autumnal, timeless quality rather than an attempt at grit and girt; concerns an ensemble that it doesn’t feel the need to neatly connect in an attempt at tapestry, if one could even be said to have been attempted; offers plentiful microscopic scenarios, possibly more than anybody could remember off the top of their head, none of which disservice something larger, more macroscopic — but maybe nothing as mysterious as the satisfaction of a vision into which we can revel rather than ponder. And it’s knee-slappingly funny. How nice when movies are so.

6. The Son of Joseph (Eugène Green)

Not to boil something so particular down to a sly grin and “need I say more,” but: a Bressonian comedic parable for the life of Christ garnished by an in-his-element Mathieu Amalric and a great recurring gag about sperm donation. I’d watch this any day of the week, maybe for the sole purpose of helping others discover how Eugène Green’s inscrutability is precisely what leaves him so open for discovery and admiration.

Wherein an opportunistic — some might cut deeper and just call him sadistic — TV host uses his mind-bogglingly vast resources to help a friend, thus unwittingly or not (and I really have zero idea) unfurling the fabric of a four-season-long constructed reality. Confounding, sad, scary, and hilarious for how it works this scenario into a cohesive whole, and with a song-and-dance number I’ll never forget, much as I’ve tried.

4. On the Beach at Night Alone (Hong Sang-soo)

Our greatest living chronicler of romantic follies, whatever the cost — this time a rather public one — he’ll incur to give us the treasures. Though perhaps his most autobiographical film — “perhaps” because we only know what we’ve read in the Korean tabloids, who ate up the semi-recent scandal like starving dogs… as did I — it’s the force with which Kim Min-hee steers between heartbreak, regret, and anger (sometimes all three simultaneously) that hurtles the picture forward, her confrontation with the man (stand-in?) who brought so much pain proving an emotional combustion unlike anything Hong has staged. (And all in an ostensibly simple shot of people sitting around a table. Never, ever change.) Will soon make for an outstanding double-feature with its (superior?) companion-of-sorts, The Day After, which arrives this year.

“You’re not qualified to love!”

Everything once-known turned opaque, mysterious, wondrous: the home as a den of memories; memories as a means of conjuring up names; names a full-force vector the joy and pain brought into our lives; lives as something to be preserved, even after the world outside has advanced remarkably, in a close space; a close space as the conduit for this year’s gentlest filmmaking; that gentility thus its most open, most consistently surprising. Received warmly upon release, to be venerated in decades to come.

A veritable cacophony — shots, noises, faces (if there’s a single commonality in viewing experiences, it’s asking “is that…?” right before someone vanishes), locations, narrative strands, and forms (you probably forgot the sliver where a silent movie is interpolated into the movie’s dense web) — but to leave it at that obscures those micro wonders: sounds working in harmony with an image that anticipates the next cut that will take us to a logical endpoint, and back around again. If you go for that sort of thing. I do, firmly, even when the wheels are threatening to spill right off, but that’s easy enough when it’s never without life, light, love, a roll and a tumble.

Having spent a long summer recording hours upon hours (upon hours) of discussions with my good friend Ethan Vestby, I leave you with a transmission from some distant place not quite here or now:

When the twilight is gone and no songbirds are singing
When the twilight is gone, you come into my heart
And here, in my heart, you will stay while I pray
My prayer is to linger with you
At the end of the day in a dream that’s divine
My prayer is a rapture in blue
With the world far away and your lips close to mine
Tonight, while our hearts are aglow
Oh, tell me the words that I’m longing to know
My prayer and the answer you give
May they still be the same for as long as we live
That you’ll always be there, at the end of my prayer