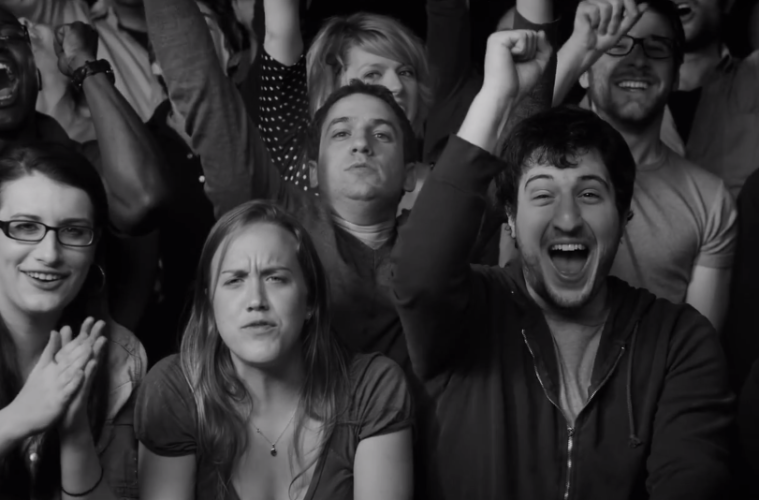 Following some public appraisal this past fall, thanks to the Criterion release of his Qatsi trilogy, filmmaker Godfrey Reggio is back on the scene with Visitors — a mysterious, long-developing documentary that will finally make a public appearance at TIFF in September. Because so little about the project’s content has been made clear, it’s best to look at the festival guide description:

“Thirty years after Koyaanisqatsi, with support from Philip Glass and Jon Kane, Godfrey Reggio‘s portrayal of modern life in Visitors leapfrogs beyond earth-bound filmmakers. Presented by Steven Soderbergh, Visitors offers an experience of technology and transcendental emotionality, taking viewers to the moon and back to confront them with themselves.

You will not parse all this from a first trailer, which follows a certain Qatsi tradition by offering trance-inducing sounds and images — only, here, without the proper context a feature-length environment would typically provide. Its black-and-white images are striking, nevertheless, and the first appearance of a new Philip Glass score — no matter the project it’s been attached to — is something to savor in its own right. Whether it proves a masterpiece or indulgent disappointment, this is going to be one worth keeping an eye out for. Visitors will premiere at TIFF in September and will be distributed by Cinedigm.

Does this first trailer prove encouraging for the next Reggio project?