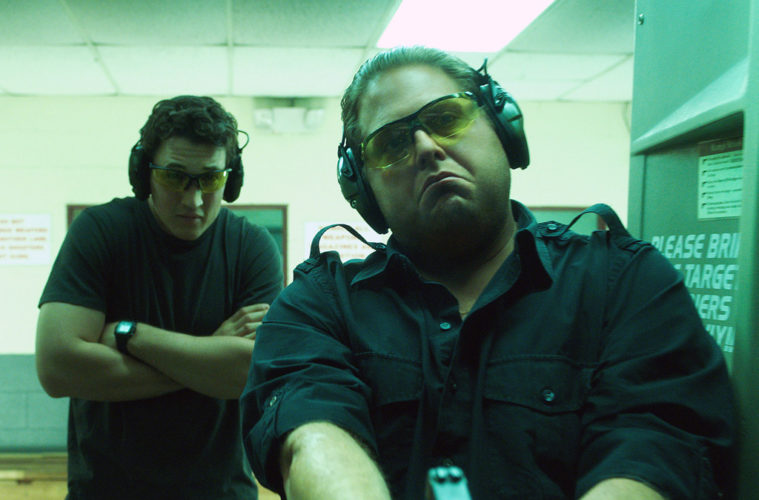 A recently revived trend in cinema is the Scorsese-inspired exercise in excess of bad people doing bad, debaucherous things. This torch of depravity seems to be most recently carried by Hangover trilogy helmer Todd Phillips‘ latest feature, War Dogs, which has just received its second trailer. Like the first one, the second affirms that Phillips is looking to blend his sense of humor with darker material that he began to tap into during the finale of his Hangover trilogy.

The film follows two young, dumb, and ambitious young men (Jonah Hill and Miles Teller) who score a $300 million contract with the Pentagon to arm America’s allies in Afghanistan. Gun running, mayhem, and excess ensues in the film based on a true story. See the second trailer and a poster below.

Based on a true story, “War Dogs” follows two friends in their early 20s (Hill and Teller) living in Miami Beach during the Iraq War who exploit a little-known government initiative that allows small businesses to bid on U.S. Military contracts. Starting small, they begin raking in big money and are living the high life. But the pair gets in over their heads when they land a 300 million dollar deal to arm the Afghan Military—a deal that puts them in business with some very shady people, not the least of which turns out to be the U.S. Government.